TEL AVIV – A bunch of balloons outfitted with an explosive device that was flown from the Gaza Strip landed on a trampoline in the backyard of an Israeli family’s home Wednesday, prompting a mother to instruct her children to stay away.

“Balloons on a trampoline in the backyard — that’s a decorative play area and beckons the most innocent ones, and yet our children have lost their innocence because of this phenomenon,” said Meirav Vidal. 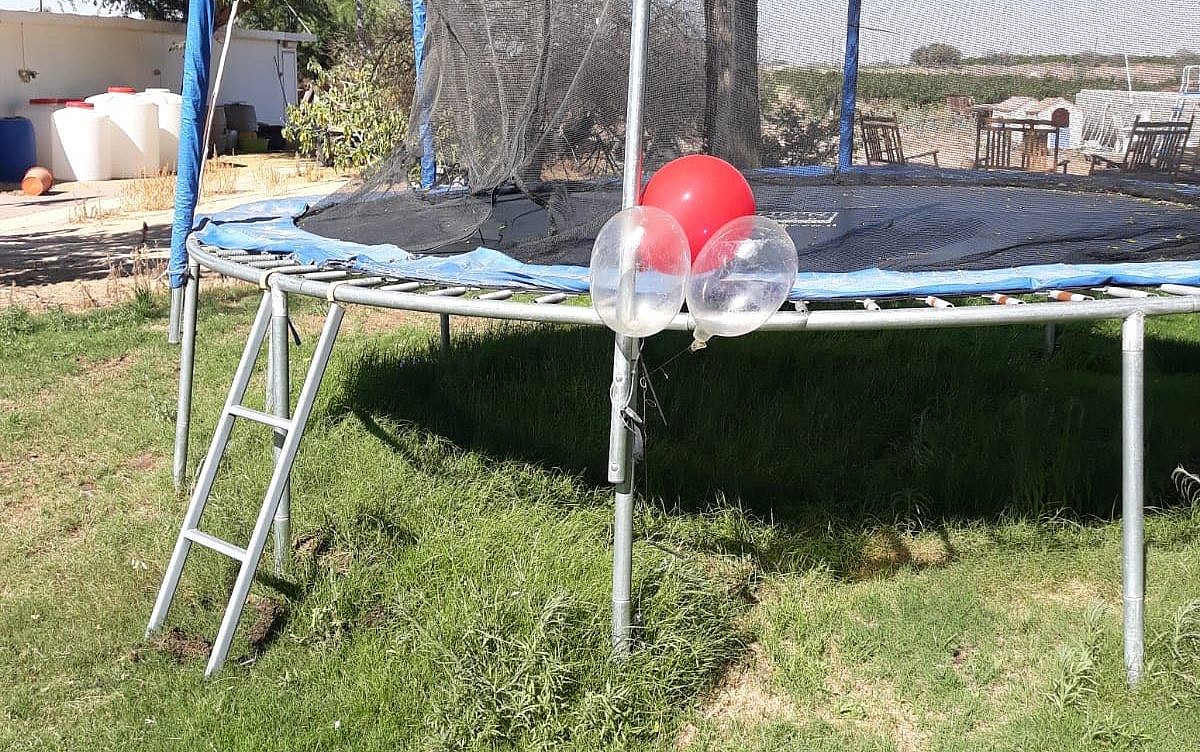 Vidal happens to serve as the head of the Eshkol region’s “resilience center,” which helps residents living in Israeli border communities deal with the stress resulting from the cross-border terror, which includes rocket and mortar fire, terrorists infiltrating Israel using underground tunnels and now the latest — attack balloons, kites and even condoms.

“These days it’s important to explain to kids that balloons are also a ‘suspicious object’ that they have to keep away from, to not touch and to call an adult,” Vidal said.

Her daughter, she noted, understood the gravity of the situation.

“Like my seven-year-old says: ‘Balloons that we don’t recognize are suspicious,’” Vidal said.

Also on Wednesday, two more groups of balloons with miniature bombs attached landed elsewhere in the region. One got stuck in a tree in another backyard while the other landed in a field.

Vidal said that despite the fact that Gazan rioters have cynically turned a children’s toy into a lethal weapon, she will continue to use balloons as intended.

“During the next birthdays, we will still decorate the trampoline with balloons and continue to celebrate,” she stated.

On Monday, Attorney General Avichai Mandelblit said that incendiary devices such as attack kites, helium balloons and latex condoms launched from Gaza into Israel are a “legitimate military target.”

He also slammed Hamas for “sending people to the border, among them armed terrorists who want to kill.”

“These are combatants for all intents and purposes, and the rules of warfare apply to them, i.e. to kill them,” Mandelblit said.

The devices, which have been flown over the border since the end of April, are either outfitted with burning coal or petrol, or explosives. So far no one has been harmed by the hundreds of fires sparked by the flaming kites, but millions of shekels worth of agriculture and thousands of acres of farmland have been destroyed.

“They are not toys, they are weapons that are intended to kill and inflict damage,” IDF spokesperson Lt. Col. Jonathan Conricus said on Wednesday.