TEL AVIV –  U.S. Ambassador to Israel David Friedman’s condolence call to the Adam settlement near Jerusalem on Monday marks the first time a top American diplomat has made an official visit to a West Bank settlement.

“It seems as if we are talking about a change in US policy with respect to the Jewish communities of Judea and Samaria,” a spokesman for the Binyamin Regional Council said in a statement, adding that it appears as if “they are being treated just like the rest of the country.”

Efrat Council head Oded Revivi, who joined Friedman on the visit, said, “It is encouraging to see Israelis treated equally by the [Trump administration] without paying attention to where they live, in stark contrast to the previous administration.”

A U.S. embassy official did not comment on the fact that the visit was in the West Bank. 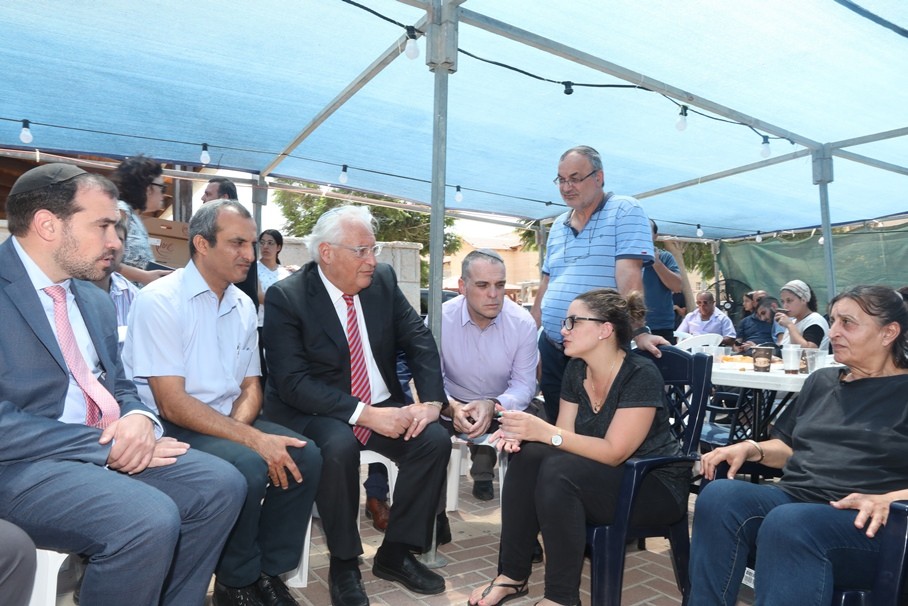 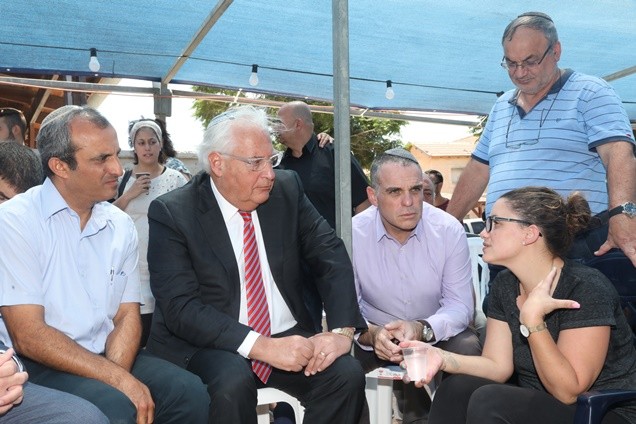 “Ambassador Friedman paid a visit today to the Ovadia family in the settlement community of Adam. The family is mourning the loss of Yotam [Ovadia], a 31-year-old father of two small children, who was stabbed to death by a terrorist last week,” she said. “The United States condemns in the strongest terms all acts of terrorism.”

Hananel Dorani, Chairman of the Yesha Council, the umbrella organization for West Bank settlements, praised Friedman for his decision.

“I want to express my appreciation to Ambassador Friedman who saw fit to visit the settlement of Adam in Binyamin and comfort the bereaved family,” said Dorani. “This sends an important message to the world regarding strengthening the positive forces and combating the negative forces in the region.”

Friedman has in the past paid a condolence call in the West Bank when he visited the shiva house in the Otniel settlement of Temple Mount activist and Likud MK Yehudah Glick, who had lost his wife Yaffa. However, that visit was made in a personal capacity and he did not go as a representative of the U.S. government.

17-year-old terrorist Muhammad Tareq Dar Yusuf snuck into the Adam settlement outside of Jerusalem on Thursday and stabbed Yotam Ovadia to death outside of his home and injured two others before being shot and killed.

Ovadia had just left to prepare a surprise romantic meal for his wife in honor of Tu B’Av, the Jewish Valentine’s Day, when he was attacked.

“I was heartbroken to see the tragic impact of the murder of Yotam Ovadia. A young mother who is now left alone to look after her two small children [and] parents who now mourn the murder of their only son,” Friedman said.

“The children do not understand what happened, but they feel as if something has changed,” he said.

Rivlin responded, “you need extra strength, because you are bearing both your own pain and grief along with your children’s grief.”