TEL AVIV – The presence of Palestinian flags flown by Arab-Israelis at Saturday night’s protest against the nation-state law is proof of just how important it is to enshrine into law the state’s Jewish character, Prime Minister Benjamin Netanyahu said.

There is “no better testament to the need for the nation-state law,” Prime Minister Benjamin Netanyahu posted on Twitter alongside a clip of the flags. “We will continue waving the Israeli flag and singing Hatikva with great pride.”

Some 30,000 protesters from the country’s Arab population and others gathered in Kikar Rabin in Tel Aviv to protest the new legislation, which has been smeared as racist, especially towards Israel’s Arab minority.

The law, among other things, ratifies the preexisting notion of Israel as “the national home of the Jewish people.” Nothing in the text of the legislation affects the country’s other Basic Law providing equal rights to all citizens — including its Arab population, which constitutes some 20% of Israeli citizenry. 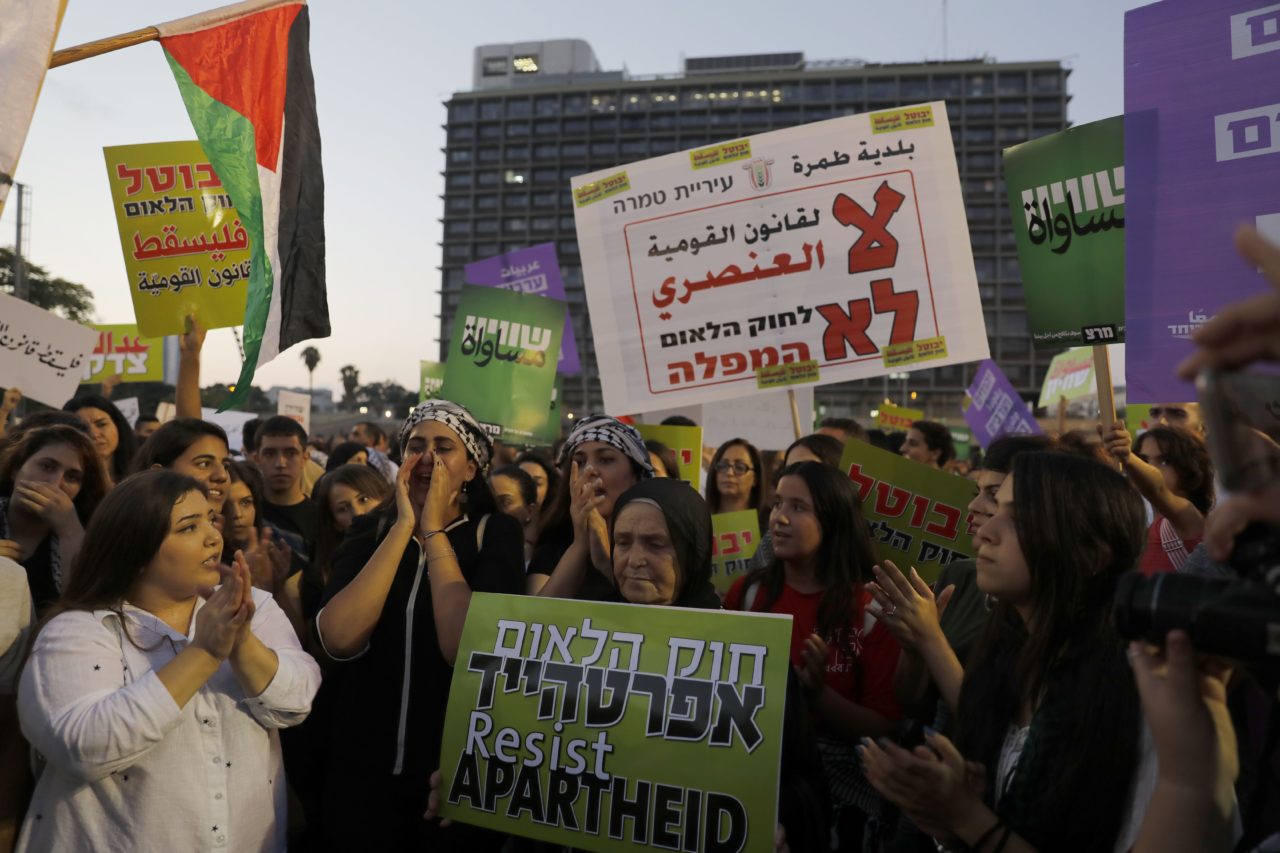 Arab Israelis and their supporters demonstrate during a rally to protest against the ‘Jewish Nation-State Law’ in the Israeli coastal city of Tel Aviv on August 11, 2018. (AHMAD GHARABLI/AFP/Getty Images)

Other lawmakers on the right agreed with Netanyahu.

“All those waving Palestinian flags in the heart of Tel Aviv are bolstering recognition of the victory of the nation-state law, and our commitment to not subtract even a single comma from it,” wrote Likud MK Tzachi Hanegbi.

Many of the Palestinian flags were waved by activists from the Arab Knesset faction Balad, despite requests from organizers of the protest to refrain from doing so in order not to put off Jewish Israelis from supporting the protests.

Former MK Mohammad Barakeh, a leader of the left-wing Hadash faction and head of the Arab Higher Monitoring Committee, said on stage that it is the “flag of the oppressed Palestinian people, the flag they are trying to eradicate from history via the nation-state law.”

Former prime minister Ehud Barak, who is deeply critical of the new law, nevertheless said on Twitter that “organizers had made a big mistake” in allowing the Palestinian flags. 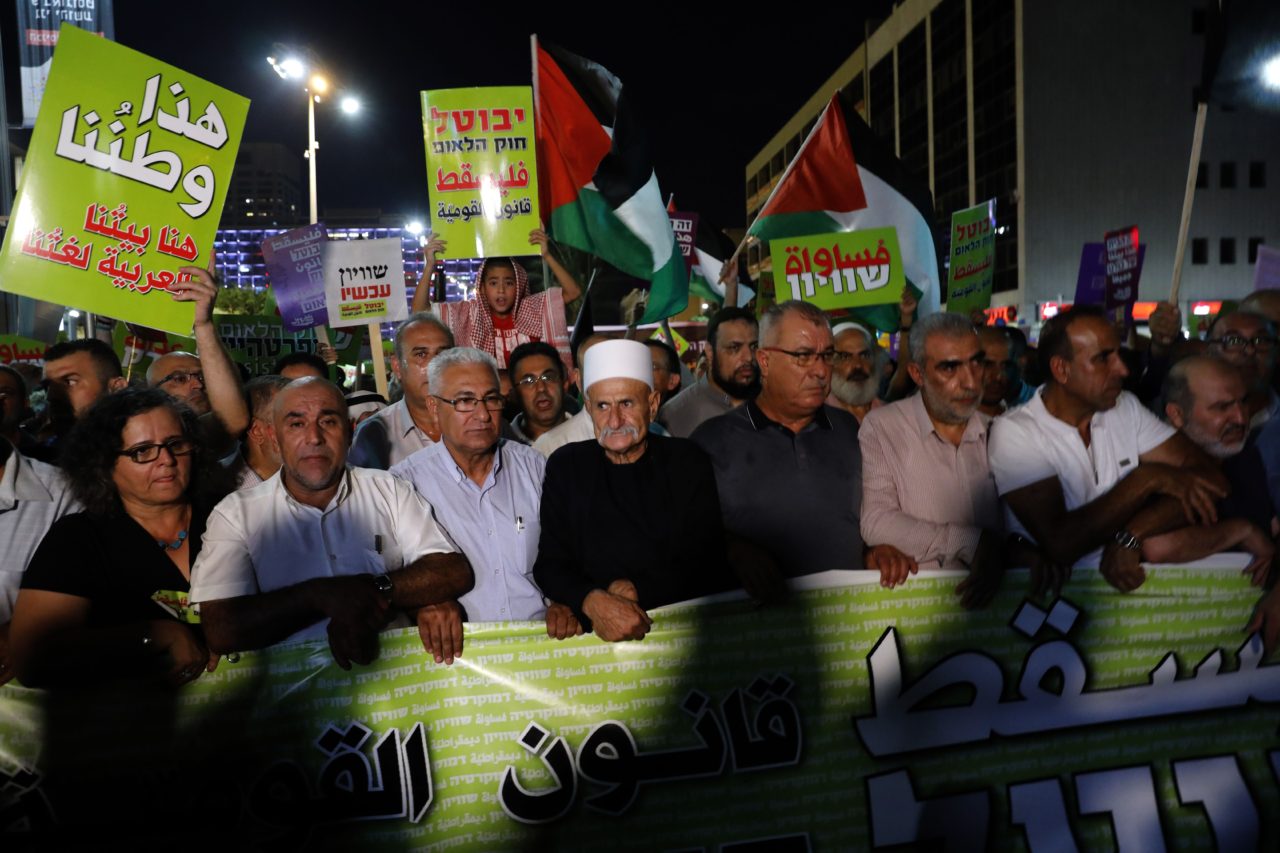 An Israeli Druze man (C) marches with Arab Israelis and their supporters during a demonstration to protest against the ‘Jewish Nation-State Law’ in the Israeli coastal city of Tel Aviv on August 11, 2018 (AHMAD GHARABLI/AFP/Getty Images)

“This is a free service for those behind the law that’s assassinating the value of equality written into the Declaration of Independence,” he wrote.

But Tamar Zandberg, head of the left-wing Meretz party, slammed Israelis for not attending the protest over the flag issue.

“What are you afraid of? There will be a flag or sign you don’t agree with? So f*cking what,” she wrote on Facebook. “For that it’s worth fragmenting the protest?”