The Jewish Chronicle published the finding along with the revelation British Jews between 35-54 are most concerned about the prospect of a Labour government under Mr Corbyn. Around half of that cohort said emigration is a serious future consideration.

The Chronicle poll showed the fear of Mr. Corbyn’s leadership reaches a peak amongst Jewish women, with over 44 per cent saying they would give serious thought to leaving the country.

Another 51.77 percent of British Jews said they would not seriously consider leaving, with a further 9.7 percent saying they do not know.

The poll of 710 Jews was carried out by Survation in the period from August 13 to September. 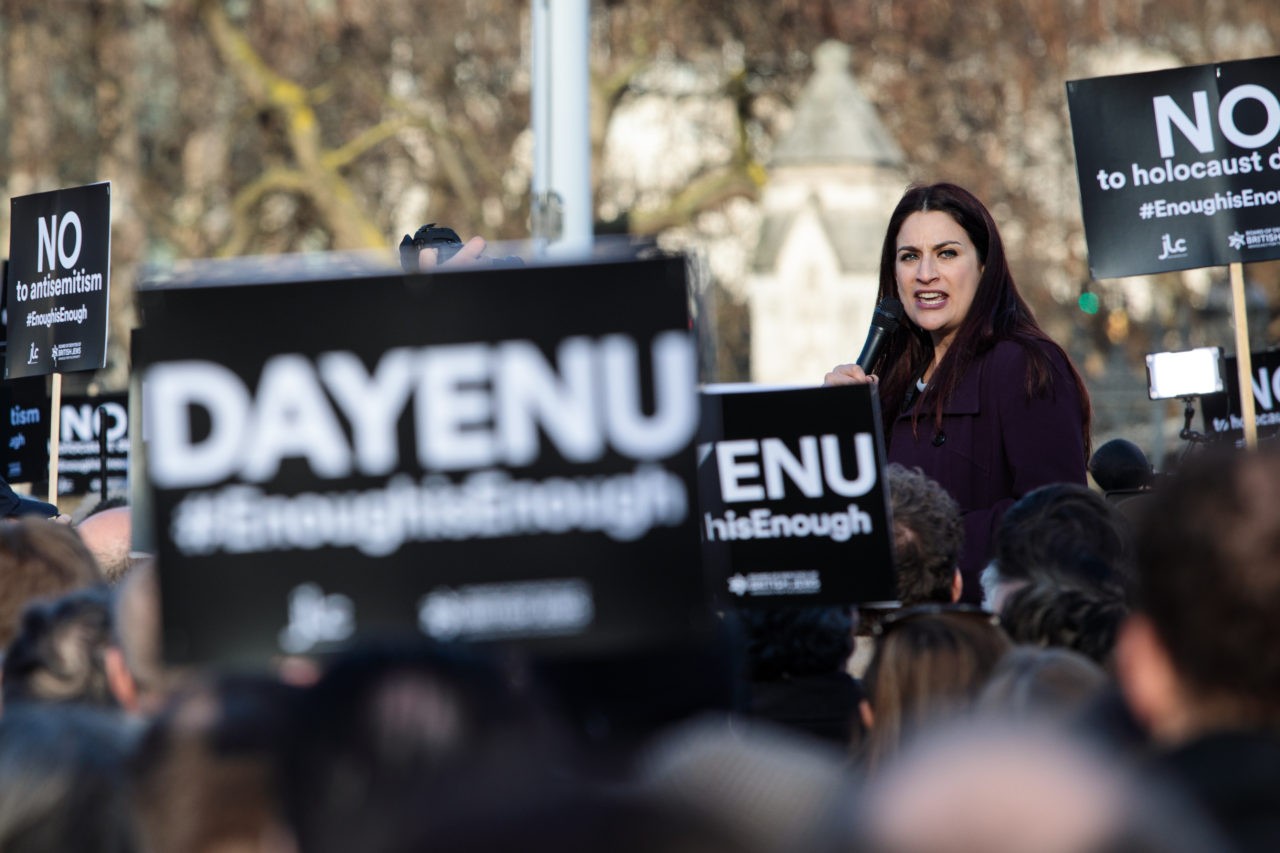 British Labour politician Luciana Berger addresses the crowd during a demonstration in Parliament Square against anti-Semitism in the Labour Party. The Board of Deputies of British Jews and the Jewish Leadership Council have drawn up a letter accusing Jeremy Corbyn of failing to address anti-Semitism in his party. (Jack Taylor/Getty Images)

It comes after a turbulent fortnight for Labour when past associations between Mr. Corbyn and anti-semities were revealed, as was his presence at a wreath laying at a Tunisia cemetery where Palestinian terrorists involved in the 1972 Munich Olympics massacre are buried.

The poll results confirm observations made Sunday by Lord Sacks, a crossbench peer, who said British Jews no longer feel safe in the country they were born in and the UK faces being engulfed “in the flames of hatred.”

When people hear the kind of language that has been coming out of Labour, that’s been brought to the surface among Jeremy Corbyn’s earlier speeches, they cannot but feel an existential threat.

Jews have been in Britain since 1656, I know of no other occasion in these 362 years when Jews – the majority of our community – are asking “is this country safe to bring up our children”.

Now, this is very, very worrying.

Veteran MP Frank Field resigned the Labour whip last Friday after accusing the leadership of presiding over a party which is becoming a “force for anti-Semitism” and a host of other actions that have dogged Mr. Corbyn’s leadership.

Former Labour minister Dame Margaret Hodge has also accused the party’s leadership of having a “hatred of Jews.”