JERUSALEM (AP) — German Chancellor Angela Merkel kicked off the second day of her two-day visit to Israel on Thursday with an emotional tour of the Yad Vashem Holocaust memorial and museum.

Israel was established three years after the end of World War II, and the German government has paid billions in reparations to Holocaust survivors and positioned itself as a leader in combatting anti-Semitism. Under Merkel’s, it has been perhaps Israel’s strongest European ally.

Accompanied by Yad Vashem Chairman Avner Shalev, Merkel took special notice of an exhibited letter that Nazi leader Adolf Hitler sent deployed German soldiers in which he tried to boost their morale by saying they were fighting “a war of existence, a war against communism and its perpetrators, the Jews.”

She then participated in a memorial ceremony for the 6 million victims of the Nazi-led Holocaust. 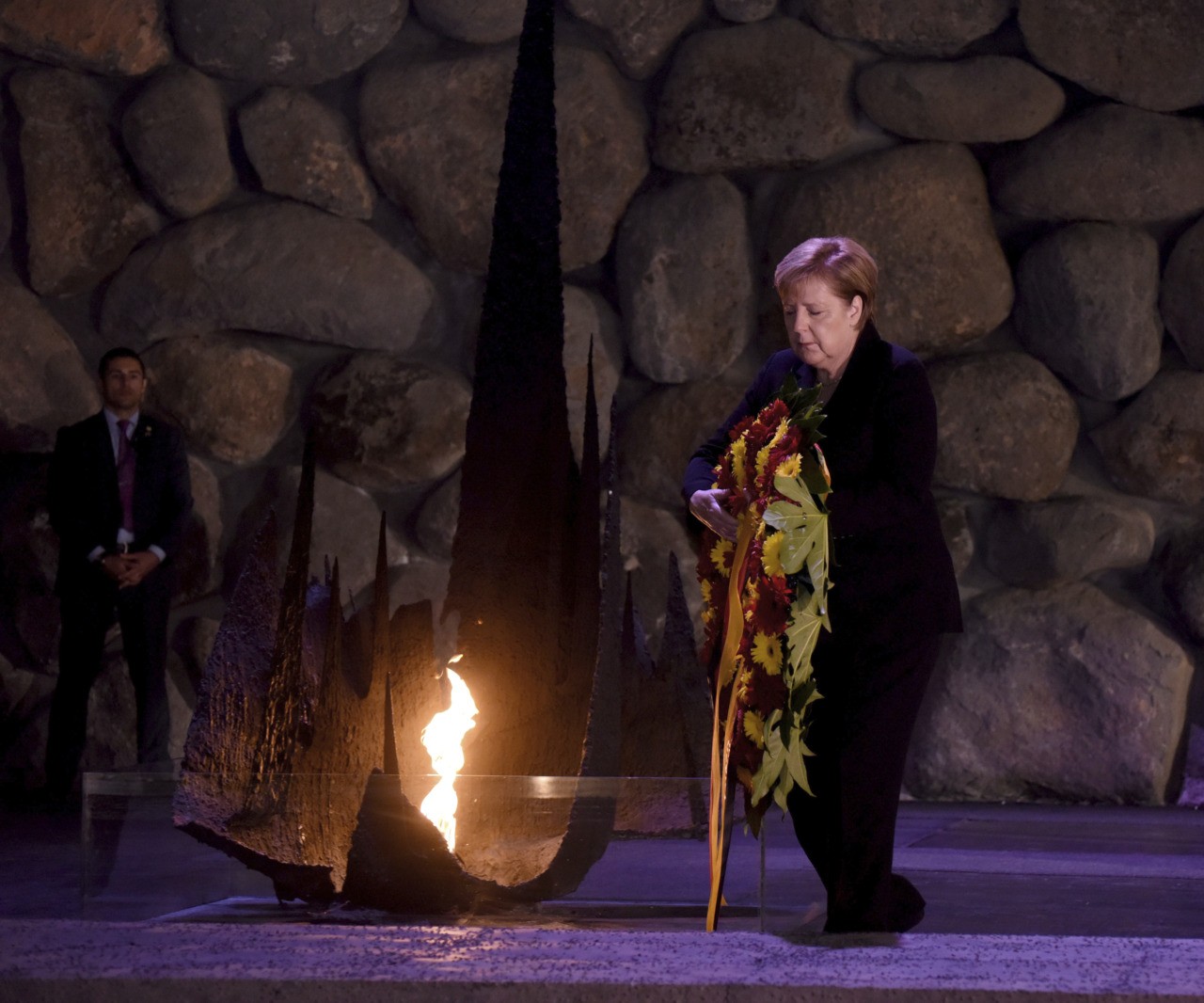 “The Jews in Germany suffered from hatred and violence that the world did not know was possible,” she wrote in the memorial’s guest book. “What came later is a crime that has no equal — the teardown of civilization — the Holocaust.”

From there, she went to a different ceremony in Jerusalem where she was granted an honorary doctorate from Haifa University and answered questions from local students.

Merkel is in Israel for the latest in a series of joint government consultations. She is accompanied by much of her Cabinet, a large business delegation and a new official in charge of combatting anti-Semitism. The visit is expected to focus on economic issues, with an emphasis on innovation, technology and development projects.

It’s the seventh such joint government meeting since Israel and Germany established the tradition a decade ago. 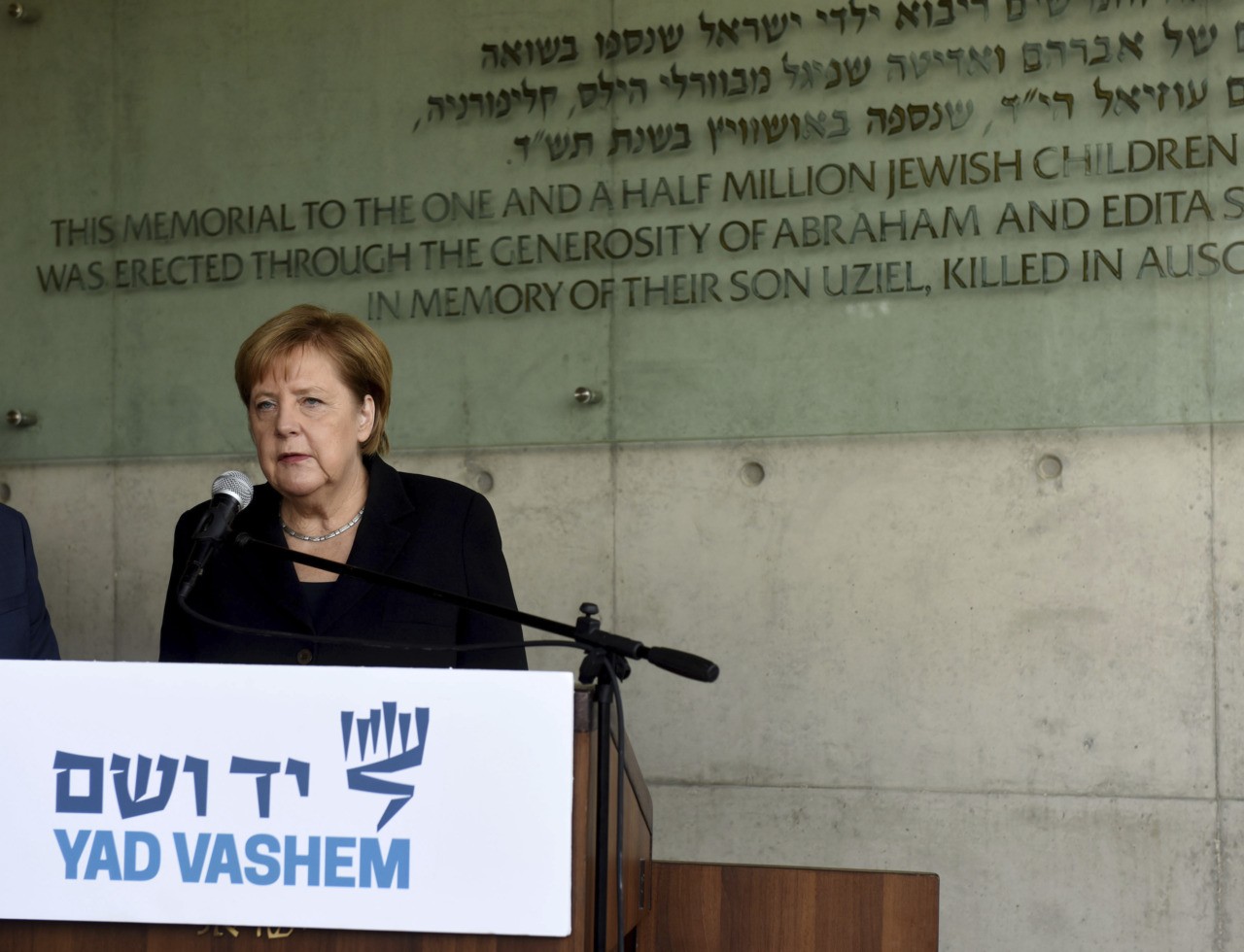 Merkel met Israeli Prime Minister Benjamin Netanyahu for dinner Wednesday night and the two are scheduled to meet again, with their ministers set to sign a series of new agreements, including scientific exchanges and joint projects in cybersecurity, artificial intelligence and nanotechnology.

Germany is Israel’s largest trading partner in Europe and for the past few decades has been perhaps its staunchest supporter.