Iran’s president on Monday blasted what he called a vast, global U.S. “conspiracy” against the country as angry crowds marked 40 years since the Islamic Revolution by hitting out at Washington and Jerusalem.

“The presence of people today on the streets all over Islamic Iran… means that the enemy will never reach its evil objectives,” President Hassan Rouhani told those crowding into Tehran’s Azadi (Freedom) square.

The event was the culmination of official celebrations called the “10 Day Dawn” that mark the period between February 1 and February 11, 1979, when Shiite cleric Khomeini returned from exile and ousted the shah’s last government.

State television offered blanket coverage of the commemorations, showing marchers in cities ranging from Abadan in south-western Iran to Mashad in the northeast, all joined in fervent denunciations of both the U.S. and Israel.

The large turnout came as Iranians face rising prices, food shortages and high inflation that have triggered waves of protests. 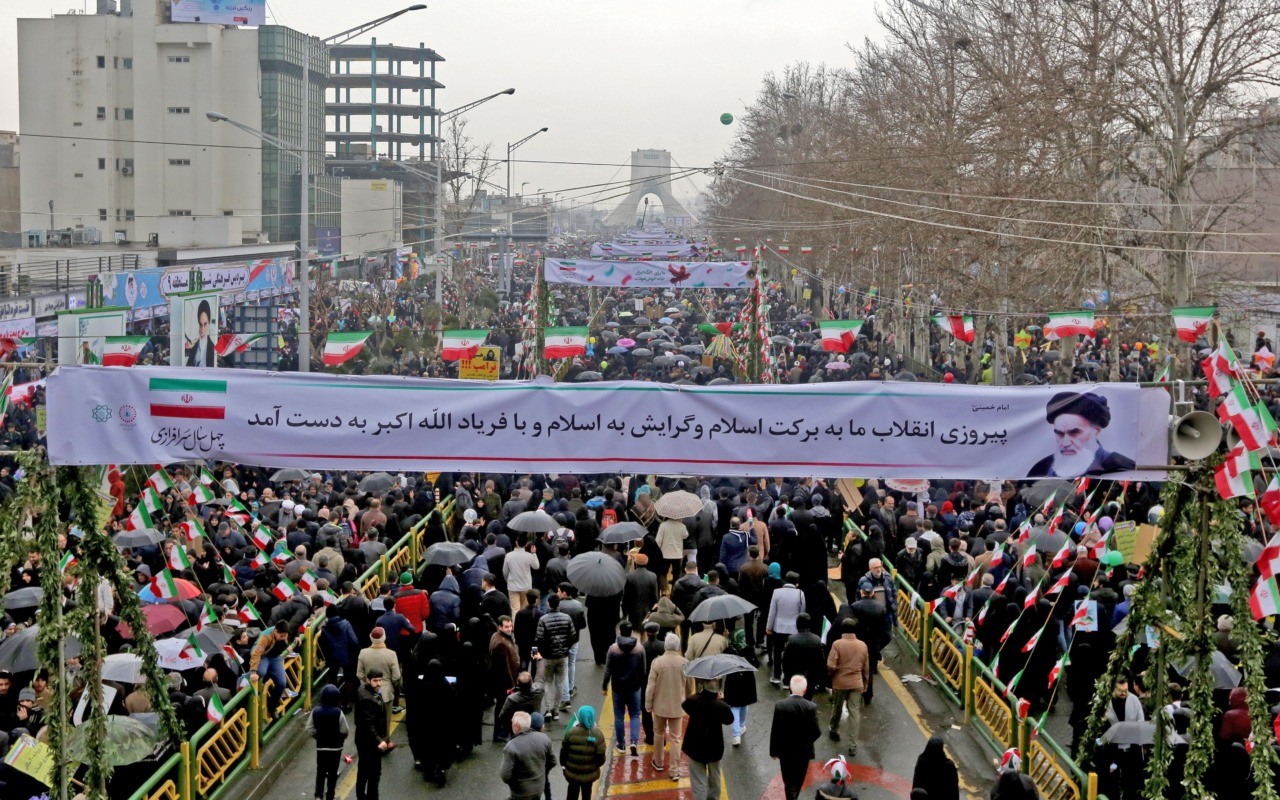 Iranians march towards Azadi (Freedom) Square during a ceremony celebrating the 40th anniversary of Islamic Revolution in the capital Tehran on February 11, 2019. (ATTA KENARE/AFP/Getty Images)

One banner read: “Much to the dismay of America, the revolution has reached its 40th year.”

The scathing slogans appeared just days after Iran’s supreme leader Ayatollah Ali Khamenei said such insults should not be taken personally by U.S. or Israeli citizens. Rather, they are directed at national leaders.

The day did not go unnoticed by the targets of the abuse:

It’s been #40years since the revolution in #Iran Since then, what has the regime accomplished?

The cry of “Death to America” has long featured in the Islamic republic, with leaders and the public alike using it to vent their perception of America’s supposed interest in working against the country.

Iran even holds an annual “Death to America” rally every November to commemorate the seizure of the U.S. Embassy in 1979, leading to a 444-day hostage crisis in which the Iranian regime held 52 Americans prisoner. 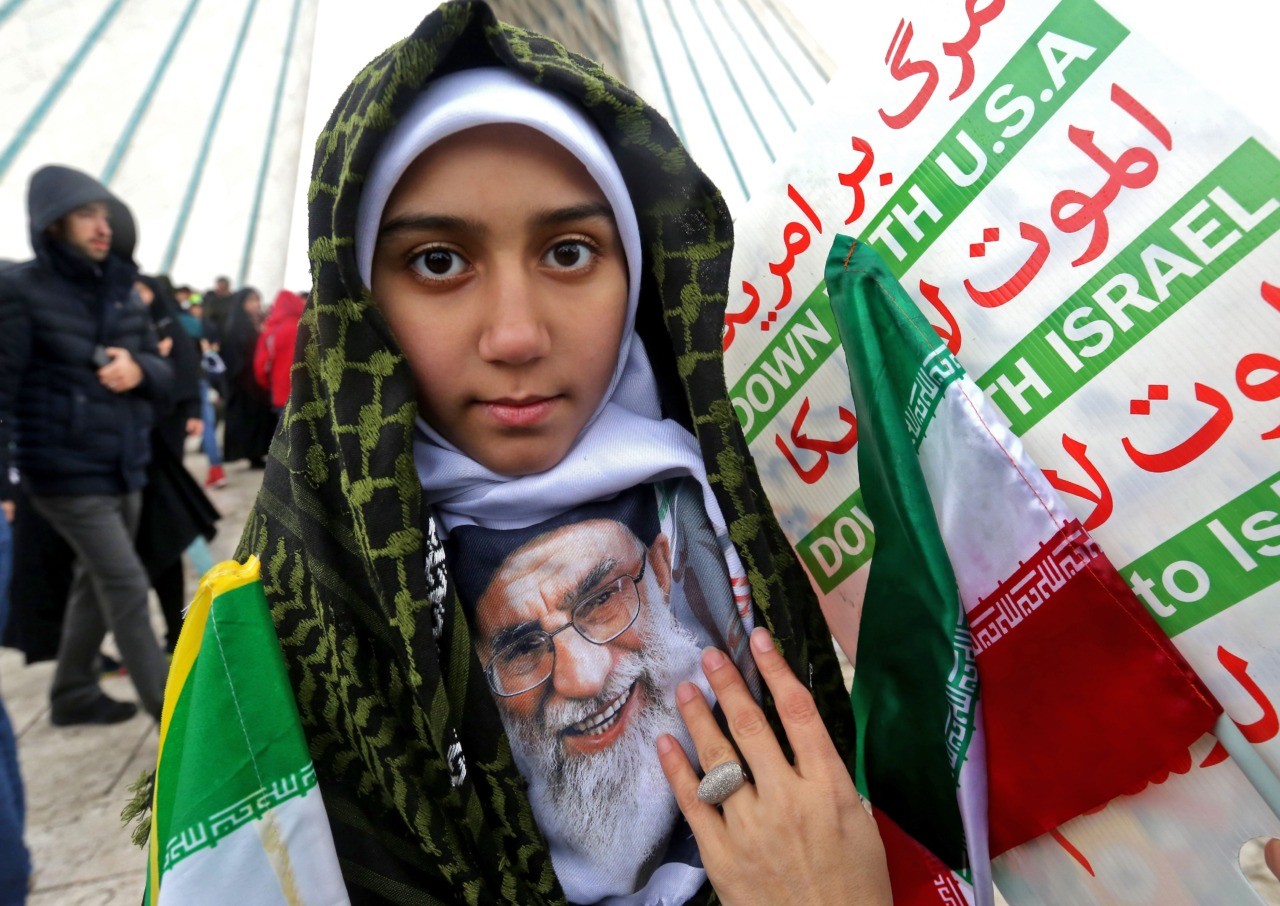 An Iranian girl poses with a potrait of the country’s Supreme Leader Ali Khamenei with signs reading “Down with USA” and “Down with Israel” during a ceremony celebrating the 40th anniversary of Islamic Revolution by the capital Tehran’s Azadi (Freedom) tower in the square of the same name on February 11, 2019. (ATTA KENARE/AFP/Getty Images)

Extensive fireworks displays were held across Tehran on Sunday night, timed to coincide with the demonstrations.

Before the fireworks, supporters of the revolution shouted chants of “Allahu Akbar” (God is greatest) from rooftops, recalling the protests that swept Khomeini to power four decades earlier.

Ayatollah Ali Khamenei is set to publish “a detailed statement explaining the ‘second step’ of the progress of the Islamic revolution,” his official website said.