French President Emmanuel Macron will visit the Paris Holocaust Memorial on Tuesday as symbolic gatherings are held across France to denounce the rising number of antisemitic attacks that have shaken the country.

Macron said he would visit the museum and memorial site in central Paris, known as the Shoah Memorial in France, accompanied by the presidents of the two chambers of parliament.

Antisemitism is “a negation of France and the Republic,” said the French president, speaking at a press conference with his Georgian counterpart, Salomé Zourabichvili.

The symbolic visit by Macron comes just one week after figures released by the Interior Ministry showed that France saw a 73 percent rise in the number of antisemitic incidents in 2018, as Breitbart News reported. 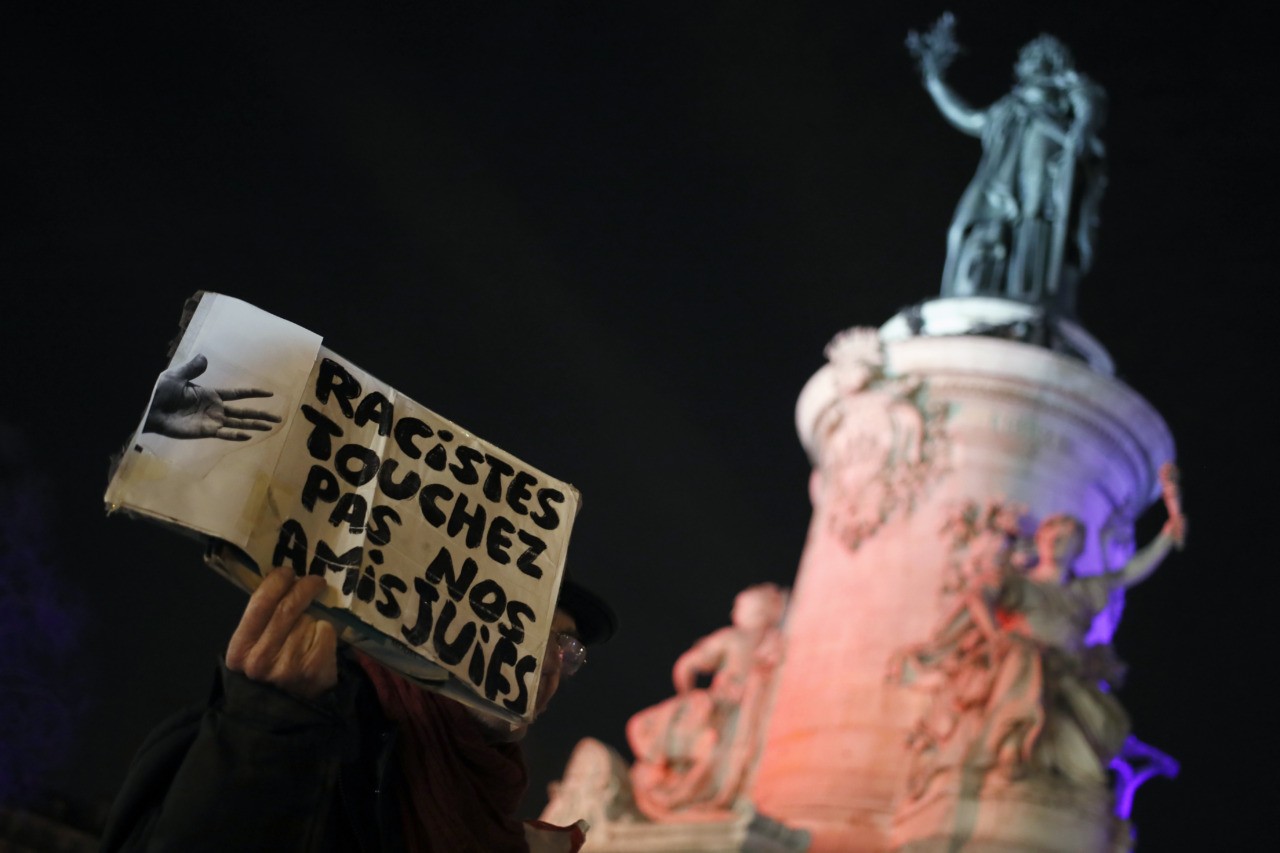 A man holds a poster reading “Racists, Don’t Touch to Our Jewish Friends” during a gathering decrying anti-Semitism at Place de la Republique in Paris, Monday, Feb. 18, 2019 amid an upsurge in anti-Semitism in France.  (AP Photo/Francois Mori)

The figures detailed 541 incidents across the country, home to the world’s largest Jewish population outside Israel and the United States, euronews reports.

Interior Minister Christophe Castaner commented on the figures saying, “anti-Semitism was spreading like poison” while visiting a site in the heavily migrant populated Paris suburbs where young Jewish man Ilan Halimi had been killed in 2006. A tree had been planted on the spot where the murder took place but had been recently cut down.

There have been numerous antisemitic incidents in France over the past week; most recently, 80 tombstones in a Jewish cemetery were vandalized. There will be demonstrations this evening across France to say: Enough with #antisemitism. #ÇaSuffit @Le_CRIF @Anne_Hidalgo pic.twitter.com/ODaxpVoELp

In 2017 Macron hit out at those who deny France’s direct complicity in the Holocaust, choosing French and Israeli commemorations of a mass deportation of French Jews in World War II to make his stand.

France’s participation and responsibility in the Holocaust has long been a sensitive issue in France and was only officially recognised in 1995 by then president Jacques Chirac. 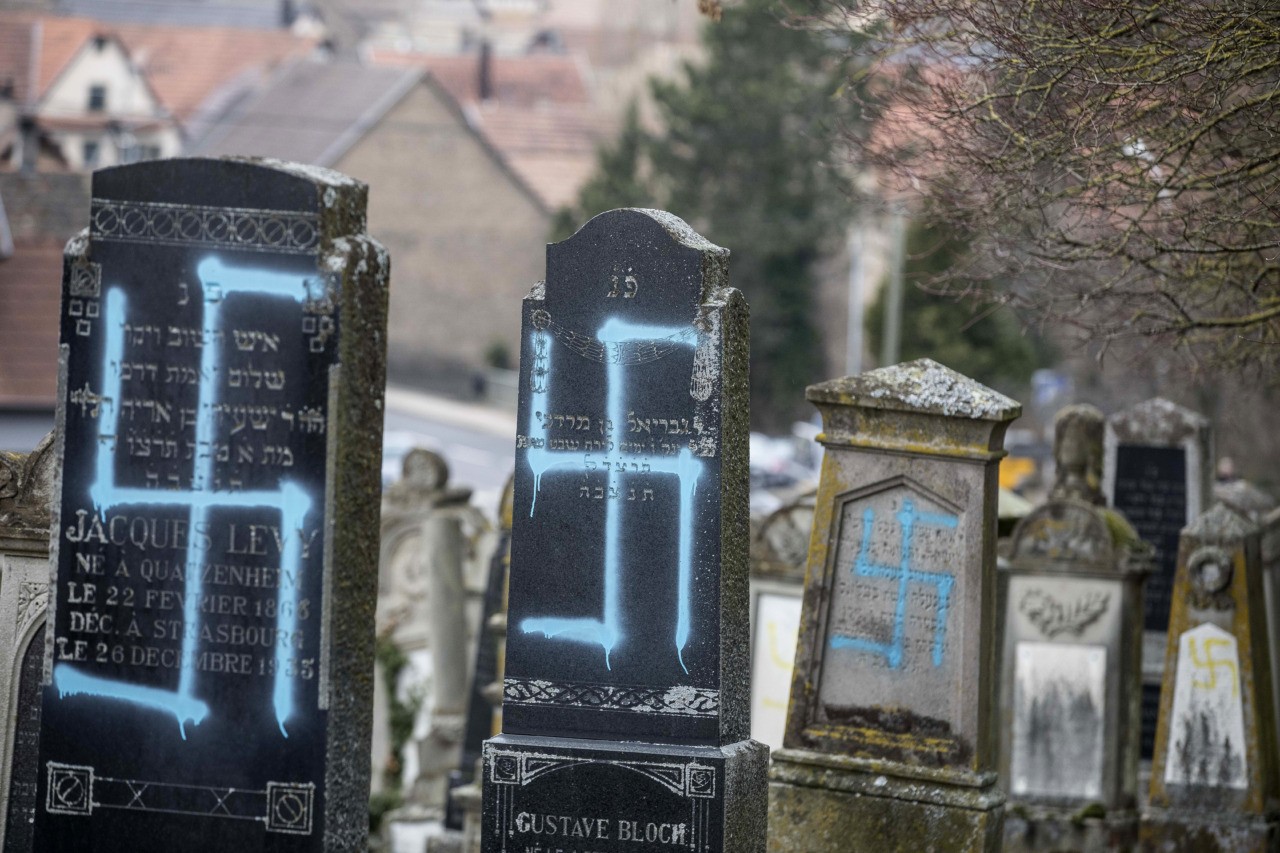 Vandalized tombs with tagged swastikas are pictured in the Jewish cemetery of Quatzenheim, eastern France, Tuesday, Feb.19, 2019. Marches and gatherings against anti-Semitism are taking place across France following a series of anti-Semitic acts that shocked the country. (AP Photo/Jean-Francois Badias)

Even so, at the press conference on Tuesday, Macron said he was not in favour of criminalising anti-Zionism as a way of combating antisemitism.

As he spoke, police in the eastern Alsace region said “around 80 tombs” had been desecrated overnight at a Jewish cemetery in the town of Quatzenheim.