Turkish President Recep Tayyip Erdoğan floated the idea of turning Istanbul’s iconic Hagia Sophia back into a mosque in an interview Sunday.

“It is not an abnormal proposal. It is not something impossible, it could be done easily. We could even name it as the Hagia Sophia Mosque instead of a museum so that everybody can visit it without charge,” Mr. Erdoğan replied to the question whether the museum could be opened free of charge for Turkish citizens.

“Its status of museum could be stripped off. Actually that status was given by a step taken with the mentality of the [Republican People’s Party] CHP. We can take that step taken by the CHP mentality back,” he added.

Built as a Christian church in 537 AD, Hagia Sophia served as the seat of the Greek Orthodox Church after the Great Schism of 1054 and became a mosque in 1453 after the Muslim conquest of Constantinople — modern-day Istanbul. The building was later converted into a museum in 1935 as part of the secularization project of Mustafa Kemal Atatürk, founder and first president of the Republic of Turkey, and is a UNESCO World Heritage site since 1985.

Erdoğan began allowing the recitation of verses from the Qur’an in the Hagia Sophia in 2015, at which time, the government of Greece protested, saying that Islamic prayers in the basilica were “not compatible with modern, democratic, and secular societies.” 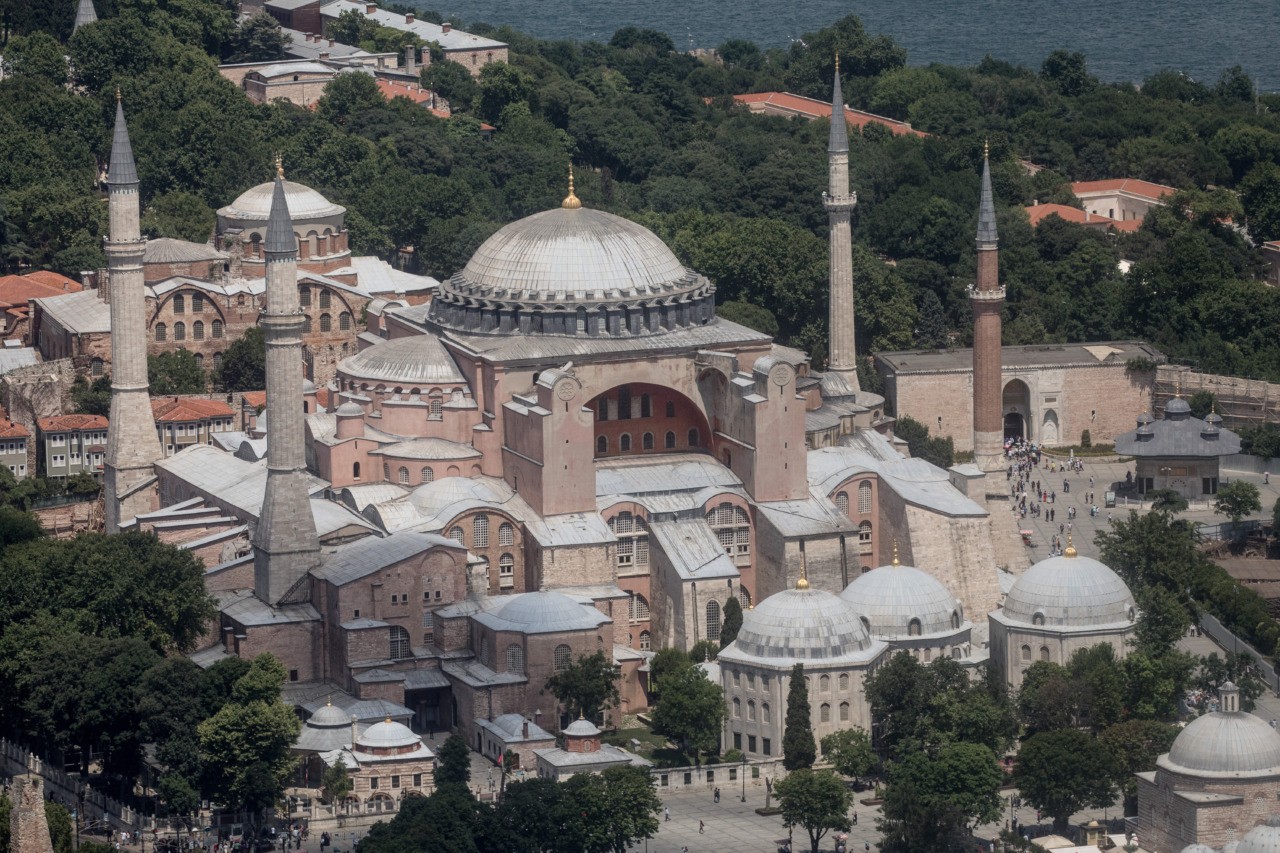 “Hagia Sophia is a UNESCO world heritage site. The attempt to convert it into a mosque—through reading of the Koran, holding of prayers, and a number of other actions—is an affront to the international community, which needs to be duly mobilized and to react,” the Greek Foreign Ministry said.

Earlier this month, several hundred Muslim demonstrators protested the New Zealand mosque shootings outside Hagia Sophia, calling for the edifice to be reconverted into a mosque. The demand came in response to a taunt by the Christchurch gunman in his “manifesto,” in which he reportedly said “Hagia Sophia will be free of minarets.”

In his interview Sunday, Erdoğan pointed to other historic mosques in Istanbul, such as the Blue (Sultanahmet) Mosque, which welcome both visitors and worshippers without charge.

He also said that the attack in Christchurch “was not an individual act of terrorism but an organized act of terrorism,” while praising New Zealand Prime Minister Jacinda Ardern for her “applaudable statements” and strong stance after the attacks.