A federal judge agreed with President Donald Trump’s administration Thursday by ruling an Alabama woman who willingly joined the Islamic State terrorist group was not a U.S. citizen and has no avenue of return.

As Breitbart News reported, Hoda Muthana is appealing for help to escape Syria and bring her son to America to start her life again.

Muthana was born in New Jersey and volunterily traveled to Syria in 2014 with a U.S. passport. She burnt it on arrival. “Bonfire soon, no need for these anymore, alhamdulliah [thanks be to God],” she tweeted, with a photo of her and several other women’s Western passports ready for the flames.

“Americans wake up. … Go on drive-bys and spill all of their blood. … Veterans, patriots,” she wrote in another 2015 tweet.

She went on to marry three Islamic State terrorists in quick succession before her capture and internment.

The government argued Muthana should never have been considered a citizen in the first place as she was the daughter of a diplomat serving for the Yemeni government at the time.

Reggie B. Walton, of the Federal District Court for the District of Columbia, agreed.

Walton dismissed a lawsuit brought forward by Muthana’s family seeking her repatriation and said there was sufficient evidence indicating Muthana was born while her father held diplomatic status, making her ineligible for U.S. citizenship, a lawyer for Muthana said. 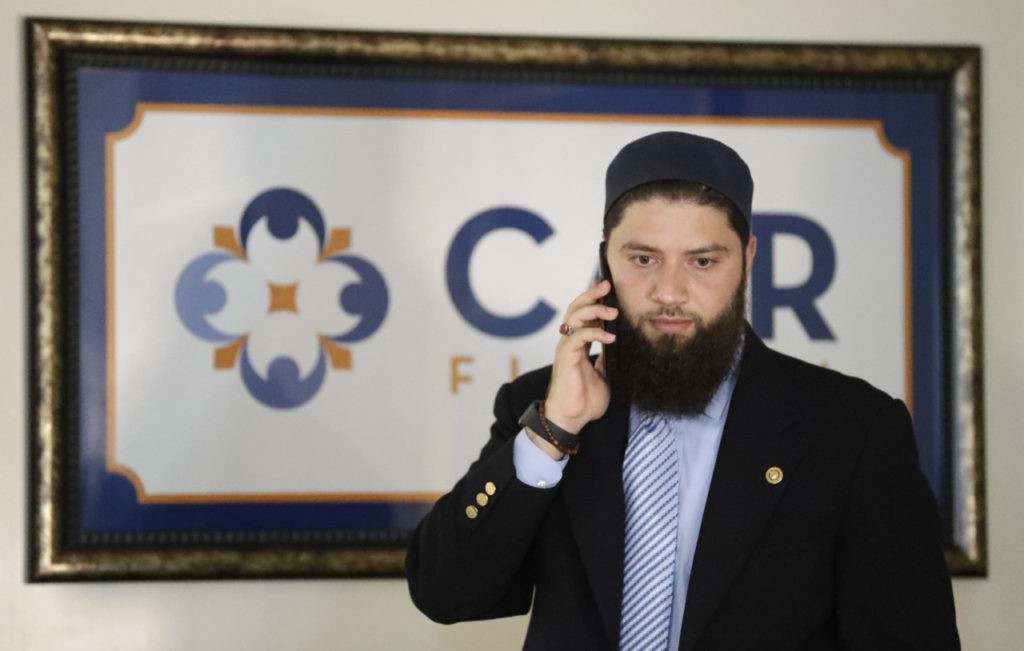 Hassan Shibly, attorney for Hoda Muthana, the Alabama woman who left home to join the Islamic State group in Syria, speaks on a phone before a news conference in Tampa, Fla. United States Secretary of State Mike Pompeo said Muthana is not a U.S. citizen and will not be allowed to return to the United States. (AP Photo/Chris O’Meara)

A family lawyer, Christina Jump, said she was waiting to read the written ruling and that the Constitutional Law Center for Muslims in America, which is representing Muthana, is examining its options.

In an interview with NBC News published Saturday, Muthana said she “regrets every single thing” done by Islamic State terrorists, which she joined in 2014 after embracing extremist ideology while living with her family in Alabama.

“Anyone that believes in God believes that everyone deserves a second chance, no matter how harmful their sins were,” Muthana said.

President Donald Trump has already ruled out the possibility Hoda Muthana will be allowed back in.

“I have instructed Secretary of State Mike Pompeo, and he fully agrees, not to allow Hoda Muthana back into the Country!” Trump wrote on Twitter earlier this year:

I have instructed Secretary of State Mike Pompeo, and he fully agrees, not to allow Hoda Muthana back into the Country!

Secretary of State Mike Pompeo later maintained Muthana’s father had been a diplomat representing Yemen at the United Nations, meaning that his daughter was never a U.S. citizen even though she traveled to Syria on a U.S. passport.

Muthana’s lawyer stressed the judge based his ruling on the issue of diplomatic immunity.

“The court did not base its ruling on a tweet by the president, or by any supposed proclamation made by any official.  United States citizenship cannot be revoked by tweet or any other form of social media, and today’s ruling does not change that,” she said.