A media outlet in Turkey reported Monday the country’s military is to begin testing Russian-made S-400 air defense systems, despite threats of sanctions from its NATO allies.

The Milliyet newspaper, which has close links to the government, said Monday that the military is planning to test the S-400s that are currently deployed at an airbase in the outskirts of the Ankara.

Turkey took delivery of two Russian S-400 batteries this year, dismissing warnings from the United States that they pose a threat to NATO security. As a result, Washington suspended Turkish participation in the multinational F-35 fighter jet program.

U.S. legislators have warned of sanctions if Turkey activates the system. 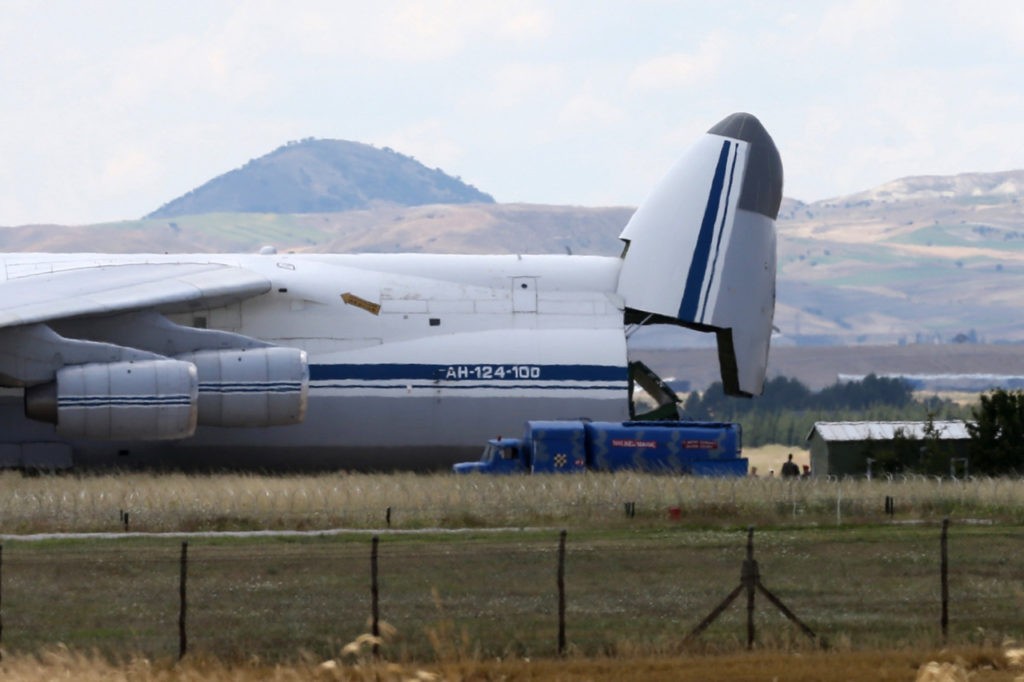 A Russian Antonov military cargo plane, carrying S-400 missile defence system from Russia, is unloaded after landing at Akincilar millitary airbase, in Ankara. The delivery comes after Washington warned there would be “real and negative” consequences if Turkey bought the defence system. NATO, which counts Turkey as one of its members, has repeatedly warned Turkey that the Russian system is incompatible with other NATO weapons systems, not least the F-35, a new generation multi-role stealth fighter jet. (STRINGER/AFP via Getty Images)

The S-400 is the latest generation surface-to-air defense system developed by Russia as a rival for America’s own Patriot weaponry, and is considered by NATO countries to pose a threat to their combined air operations.

The S-400 missiles are not interoperable with the technology NATO countries use, as the alliance requires.

In a speech in February, U.S. Vice President Mike Pence declared that the Trump administration has “made it clear that we will not stand idly by while NATO allies purchase weapons from our adversaries.  We cannot ensure the defense of the West if our allies grow dependent on the East.”