Iran’s Supreme Leader Ayatollah Ali Khamenei lashed out at U.S. President Donald Trump on Friday, calling him a “clown” who pretends to support the Iranian people but will “push a poisonous dagger” into their backs.

He also pointed to “contemptible” Western countries, saying they are too weak to “bring Iranians to their knees.”

Khamenei unleashed his verbal attacks in his first Friday sermon in Tehran in eight years, AP reports. The last time he led Friday prayers in the capital was in 2012 on the 33rd anniversary of the country’s Islamic Revolution when he called Israel a “cancerous tumor” and vowed to support anyone confronting it.

The tirade came in the wake of widespread angry protests over the downing of Ukrainian International Airlines (UIA) Flight 752 by Iran’s military last week killing all onboard.

Most of the passengers were Iranian citizens, as well as Ukrainians and Canadians on their way to a connecting flight in Kyiv to Canada. 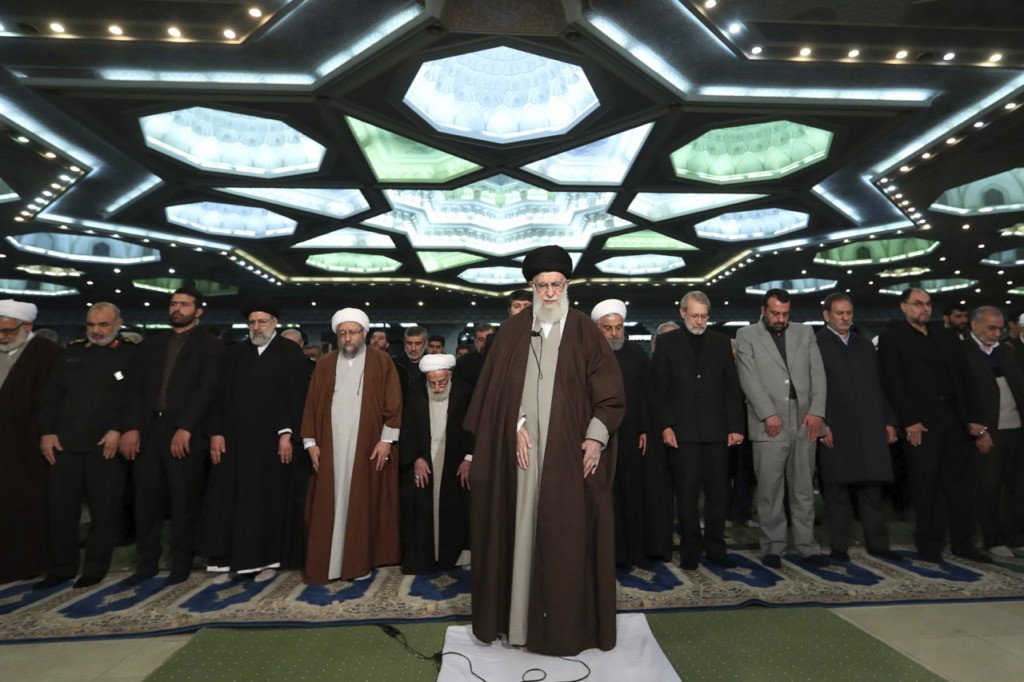 Khamenei said the mass funerals for Iran’s top general, who was eliminated in a U.S. airstrike earlier this month, show the Iranian people support the Islamic Republic despite its recent trials. He claimed the “cowardly” attack on Soleimani had taken out the most effective commander in the battle against the Islamic State group.

“The plane crash was a bitter accident, it burned through our heart,” Khamenei said, according to AFP. “But some tried to… portray it in a way to forget the great martyrdom and sacrifice” of Major General Qasem Soleimani, the head of the foreign terror operations arm of Iran’s Revolutionary Guards.

“Our enemies were as happy about the plane crash as we were sad … happy that they found something to question the Guards, the armed forces, the system.”

He then turned his attention to Britain, France and Germany, which this week started a dispute mechanism to try and bring Iran back into compliance with the unraveling 2015 JCPOA nuclear agreement, saying were “contemptible” governments and “servants” of the United States.

Thousands of people attended the Friday prayers, occasionally interrupting his speech by chanting “God is greatest!” and “Death to America!”