TEL AVIV – A small group of protesters is demonstrating against former Prime Minister Ehud Barak, claiming that his political group took money from a company associated with the late American pedophile Jeffrey Epstein.

The anti-Barak demonstrators are demanding an investigation into his role in the almost daily protests that are being staged outside Prime Minister Benjamin Netanyahu’s residence on Jerusalem’s Balfour Street. They claim that Epstein’s “dirty money” is now fueling an attempt to overthrow a democratically-elected government.

An NGO called “National Responsibility” was founded in 2017 by Barak associates, including a family member as well as a former political advisor.  According to the left-wing Israeli daily Ha’aretz, it was a public-benefit corporation that was intended to serve as an organizational platform in the event that Barak should return to politics — which he did with the establishment of the failed Israel Democratic Party in June 2019. Shortly thereafter, Barak called for “a million people to take to the streets” to stop Netanyahu from “destroying Israel’s democracy.”

As Ha’aretz reported, National Responsibility received a donation of NIS 144,000 ($40,647) in March 2017 from a company in which Epstein was a shareholder.

In a statement, National Responsibility acknowledged the donation’s ties to Epstein, and said that it was “working to transfer the total amount of the donation to organizations that aid youth at risk.”

In 2015, Ha’aretz also revealed that Epstein partnered with Barak in his startup company. And earlier this month, Ha’aretz reported that Barack had received $2.3 million for two unpublished studies from the Wexner Foundation, of which Epstein had been a trustee.

Demonstrators outside Barak’s home have made the former prime minister’s alleged connections to Epstein a key theme.

“The [Jerusalem] protests are not protests. They are an overt attempt to create a coup. And Barak is behind it,” Ayelet Cohen, one of the demonstration organizers, told Breitbart News.

The anti-Barak demonstrations are a counter-protest to the anti-Netanyahu protests, which are associated with what is called the “Black Flags” movement.

Some protesters object to what they see as Netanyahu’s mishandling of the coronavirus crisis. Others are demanding that the prime minister, who has been facing charges of corruption, step down.

While some of the Black Flags protests have been peaceful, there have been several which spiraled into violence, with several dozen arrests. Police officers have faced violence — and have themselves been accused of excessive force, while TV news reporters have been attacked by protesters, who have also set trash bins alight.

Even the names given to the protests connote violence.

One, the “Siege of Balfour,” was concocted by the New Contract movement, the organization behind the slogan, “Crime Minister,” which also orchestrated protests outside Attorney General Avichai Mandelblit’s house last year to pressure him into filing an indictment against Netanyahu.

Another name for protests on July 14  was “Bibistille day,” a portmanteau of Netanyahu’s nickname and Bastille Day, the bloody uprising marking the beginning of the French Revolution on July 14, 1789.

Singer Assaf Amdursky called on the public to march with torches for “Bibistille day.” Another popular Israeli rock star, Muki, who originally came out in support of the protests, said he changed his mind after witnessing a “hate demonstration aimed at personally attacking the prime minister and his family.”

Shai Golden, a left-wing Israeli journalist, received death threats when he came out against the protests.

Thousands Protesting in #Israel tonight against Netanyahu outside his residence in Jerusalem.

In the most recent protest on Tuesday, a demonstrator exposed her breasts and climbed atop the menorah outside the Knesset, prompting Knesset Speaker Yariv Levin to call for charges to be pursued against her for defiling symbols of the state.

As recently as Thursday evening, Antifa flags and Palestinian flags have also made appearances in the protests alongside the ubiquitous black flags.

In a tweet, Netanyahu posted a picture of the Palestinian flag and wrote, “The cat’s out of the bag: The Palestinian Authority flag at a left-wing demonstration organized by Ehud Barak, the partner of convicted pedophile Jeffrey Epstein, yesterday outside the prime minister’s house in Jerusalem. What a disgrace.”

The Black Flags movement, which is also holding anti-Netanyahu elsewhere in Israel, was founded by siblings Eyal, Shikma, Yarden, and Dekel Schwartzman.

The Black Flags protests have been compared to the Black Lives Matter protests sweeping the U.S. recently.

In an interview with Ha’aretz, the four founders suggested that the funding for the protests came from the protesters themselves. 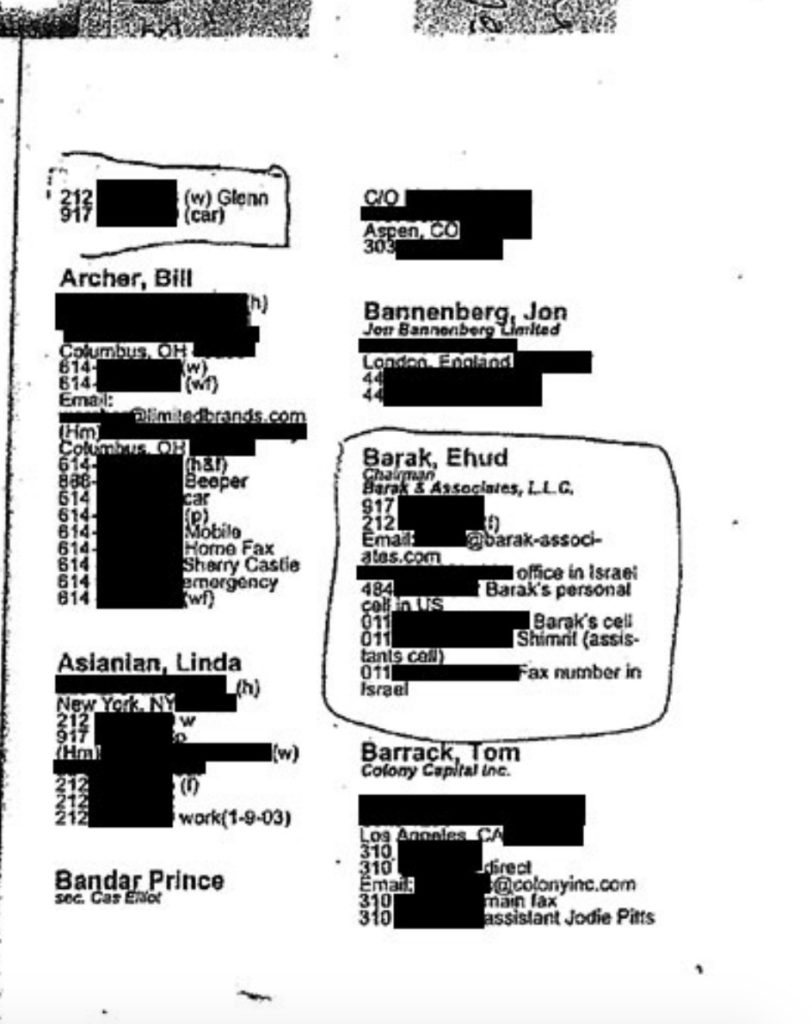 A report by Channel 13, however, said the group had received tens of thousands of shekels from National Responsibility.

In a statement in March, Barak said he “was excited by the civic awakening” that the Black Flags were leading.

“You don’t have to be smart to connect the dots,” anti-Barak protest organizer Cohen told Breitbart News. “Jeffrey Epstein’s child sex trafficking money is funding anarchy. What we’re seeing outside Balfour is anarchy and we won’t let Barak ruin our country – and not with dirty money.”