Israel offered humanitarian aid to its ostensible enemy, Lebanon, after a massive explosion at a Beirut port killed at least 100 people and injured thousands more, leaving large swaths of the capital in ruins.

Mladenov confirmed Israel’s offer to assist via U.N. channels, saying in a tweet, “The region and the world must come together to help the people of Lebanon through this time of anguish.” 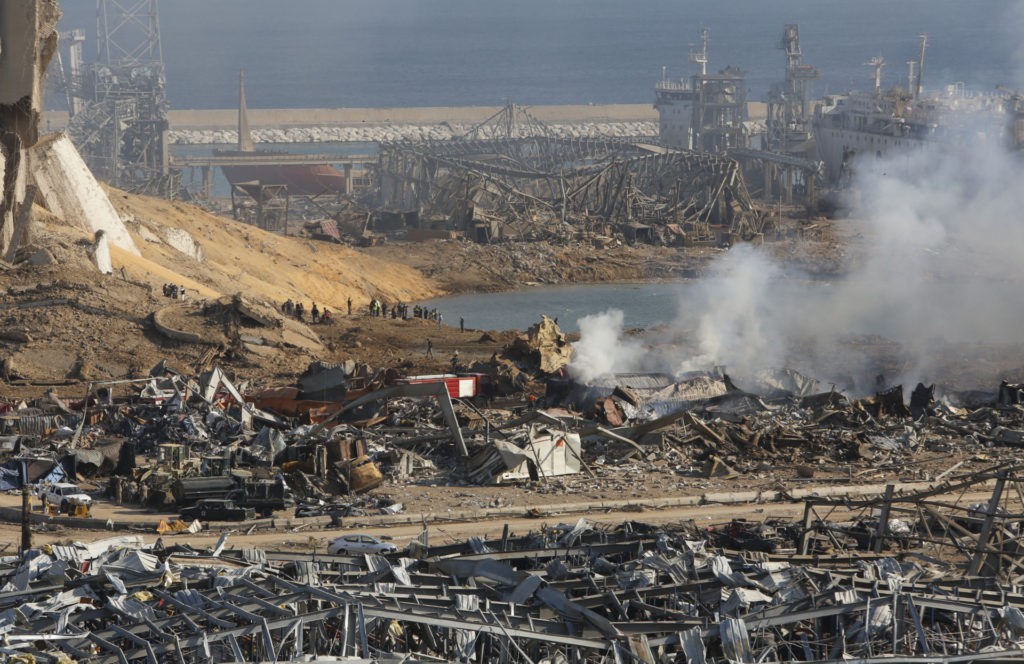 Smoke rises above wreckage in the city’s port, devastated by an explosion a day earlier, on August 5, 2020 in Beirut, Lebanon. As of Wednesday morning, more than 100 people were confirmed dead, with thousands injured, when an explosion rocked the Lebanese capital. Officials said a waterfront warehouse storing explosive materials, reportedly 2,700 tons of ammonium nitrate, was the cause of the blast. (Photo by Marwan Tahtah/Getty Images)

President Reuven Rivlin said: “We share the pain of the Lebanese people and sincerely reach out to offer our aid at this difficult time.”

“This is the time to transcend conflict,” the Israel Defense Forces said regarding news about the offer to help.

“We wish to extend our hands in aid and assistance…We only want to help you. Rest assured those who come in wounded and hurt will leave safe and sound, with the grace of God. We’re waiting for you,” Masaad Barhum, the director of the Galilee Medical Center in Nahariya, near the Lebanon border, said in a video.

Former Swedish prime minister Carl Bildt sparked an outcry when he suggested in a tweet Israel doesn’t usually offer assistance to its enemies.

“The only encouraging thing in this catastrophe in Lebanon is that even Israel has been quick in offering humanitarian aid,” tweeted Bildt.

Strategic Affairs Minister Orit Farkash Hacohen slammed Bildt over the remark, and gave several examples in which Israel had helped enemy countries, including Turkey in 2011, and Iran and Iraq in 2017, after earthquakes rocked the countries.

“Why are you surprised? Israel defends itself from its enemies, while helping the civilian population wherever it can,” she wrote.

Why are you surprised?
Israel defends itself from its enemies, while helping the civilian population wherever it can.

We will continue to do both.

“We will continue to do both,” she added.

Israel regularly sends disaster aid to countries all over the world, including setting up field hospitals, helping in search and rescue efforts and sending aid packages.

Tel Aviv Mayor Ron Huldai lit the City Hall building with the Lebanese flag in solidarity Wednesday night. “Humanity comes before any conflict, and our heart is with the Lebanese people following the terrible disaster that befell them,” Huldai said.

However, Prime Minister Benjamin Netanyahu’s son, Yair Netanyahu, tweeted against the move. “This is crazy. Lebanon is officially a terrorist state.”

Other right wing politicians have also expressed their opposition to helping Lebanon. The Hezbollah terror group, which is part of the the Lebanese government, has repeatedly vowed to destroy Israel. Only last week, the IDF thwarted a terror attack by a Hezbollah cell that had infiltrated Israel.

Bezalel Smotrich, an MK from the right-wing opposition Jewish Home party, wrote on Twitter: “Morally, we have no obligation or need to extend a helping hand to an outright enemy state.” 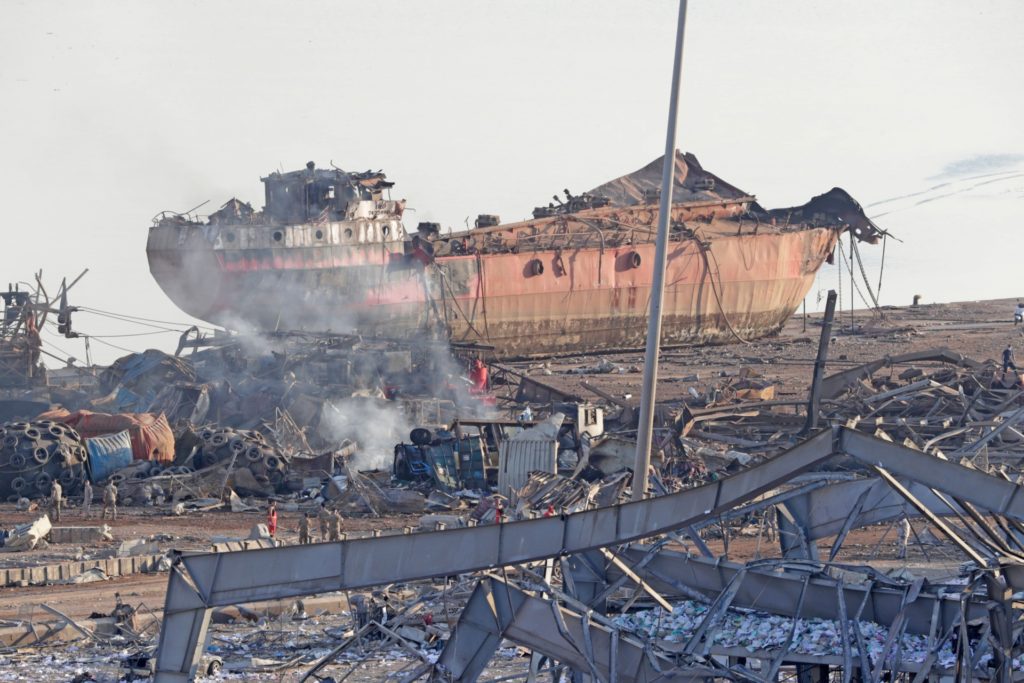 The wreckage of a ship is seen following yesterday’s blast at the port of Lebanon’s capital Beirut, on August 5, 2020. – Rescuers worked through the night after two enormous explosions ripped through Beirut’s port, killing at least 78 people and injuring thousands, as they wrecked buildings across the Lebanese capital. (ANWAR AMRO/AFP via Getty Images)