A caravan of dozens of vehicles supporting U.S. President Donald Trump rolled down the Jerusalem-Tel Aviv highway in Israel on Tuesday evening, the latest “Trump train” organized by supporters of the 45th president.

Breitbart News correspondent Deborah Danan captured the parade on video as she was driving on the road, noting that it stretched for “a few miles.”

Right now on the Jerusalem Tel Aviv Highway, a pro-trump vehicle parade with dozens of cars stretching quite a few miles pic.twitter.com/PpQms9HRvt

Several cars flew American flags and Israeli flags. Many sported banners reading “We Have to Thank Trump” in Hebrew.

Supporters of President Trump have been organizing independent caravans, boat parades, and other demonstrations all over the United States — and now, all over the world. 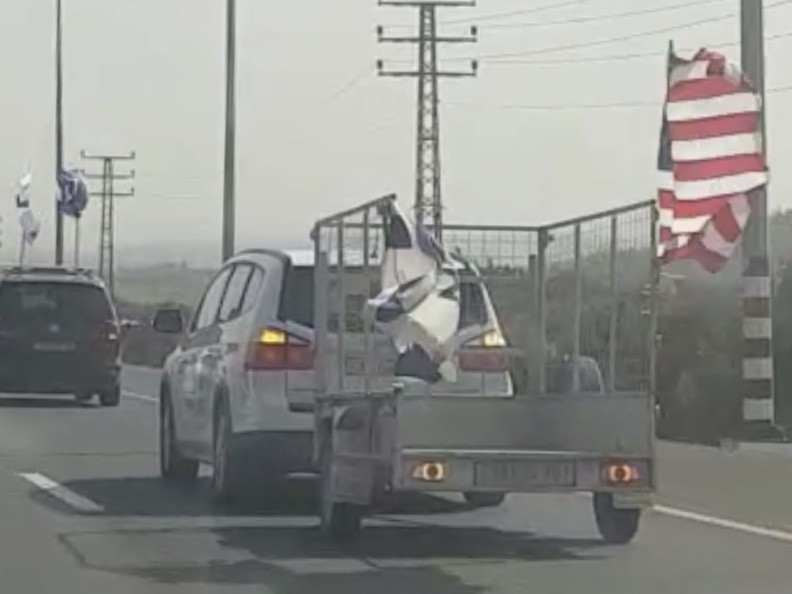 The demonstrations have largely been independent from the campaign itself.

Israeli Prime Minister Benjamin Netanyahu recently thanked Trump for his efforts on Israel’s behalf: “The clear fact of the matter is that for 25 years we didn’t have a [normalization] agreement and under Trump’s leadership we have three deals in six weeks,” he said recently.

Trump is touting his record on Israel, which includes moving the U.S. embassy to Jerusalem, recognizing Israeli sovereignty over the Golan Heights, and recent peace agreements with Arab states.

Trump also withdrew from the Iran nuclear deal, and cut support to the Palestinian Authority over its financial support for jailed Palestinian terrorists and the families of those killed in action.

The president has said that future peace deals would follow in his second term.

Polls suggest that the majority of Israelis prefer Trump to Joe Biden, though the proportions are reversed among American Jewish voters.