ROME — Pope Francis sent a telegram to Iraqi President Barham Salih Thursday offering condolences and prayers for victims of twin suicide bombings that claimed the lives of at least 35 people.

“His Holiness Pope Francis was deeply saddened to learn of the bomb attacks on Tayaran Square in Baghdad this morning,” reads the papal telegram, signed by Vatican Secretary of State Cardinal Pietro Parolin.

“In deploring this senseless act of brutality, he prays for the deceased victims and their families, for the injured and for the emergency personnel in attendance,” the text continues. “Trusting that all will continue work to overcome violence with fraternity, solidarity and peace, Pope Francis invokes upon the nation and its people the blessing of the Most High.”

As Breitbart News reported, double suicide bombers blew themselves up in the Iraqi capital of Baghdad Thursday morning. The bombers detonated their vests at a clothing market in Tayaran Square, in the center of Baghdad.

Italy’s ANSA news agency reported that Thursday’s bombing is the bloodiest attack on Baghdad since June 2019, when many people lost their lives. 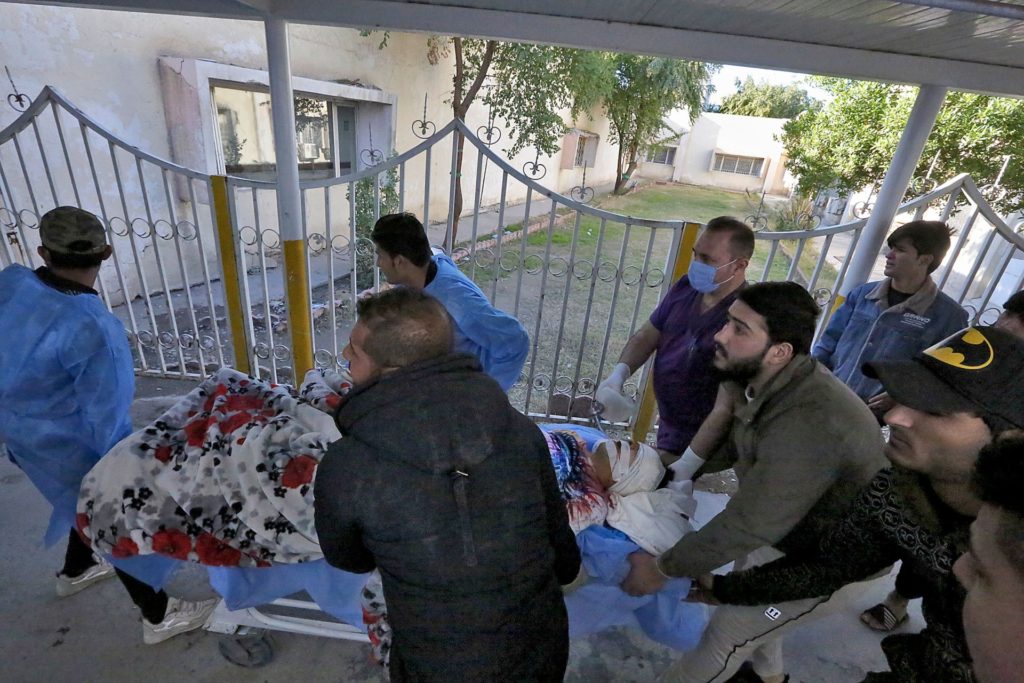 An injured man is rushed to a hospital following a twin suicide bombing on a bustling commercial street in the heart of the Iraqi capital Baghdad. The toll in a twin suicide bombing in an open-air Baghdad market this morning killed at least 32 people and wounded more than 110 others, Iraq’s health ministry said. The ministry said the first suicide bomber had rushed into the market and claimed to feel sick, so that people would gather around him. He then detonated his explosives. (SABAH ARAR/AFP via Getty Images)

For the moment, no one has claimed responsibility for the attack, but on Thursday Iraqi authorities accused the Islamic State terror group of being behind the assault. Dormant Islamic State cells reportedly still operate in the country.

General Kazem Selman, Director of Iraqi Civil Protection, said “the attack is reminiscent of the methods and execution of those carried out by ISIS.”

Iraqi media report that a number of the 80 wounded by the blasts are in grave condition, leading authorities to fear a rising death toll from the attacks.

The Italian foreign ministry joined Pope Francis in condemning the bombings, saying the nation is “outraged by the news of the attack that hit Baghdad and sends its condolences to the families of the victims and its wishes for a speedy recovery to the wounded.”

“We strongly condemn violence against civilians and support the people of Iraq in building a secure and peaceful future,” the ministry said.