Twin suicide bombers blew themselves up in the Iraqi capital of Baghdad Thursday morning, killing at least 28 and leaving scores injured, some of them critically.

The bombing took place in Tayaran Square, in the center of Baghdad, not far from Tahrir Square, the epicenter for about a year and a half of anti-government protests against government corruption and the high cost of living.

A military spokesman said the bombers blew themselves up at a second-hand clothing market in the square, as they were pursued by security forces. An interior ministry spokesman said that the second bomber detonated his vest after people gathered around those dead and wounded from the first explosion.

For the moment, no one has claimed responsibility for the attack, though the style of the assault mirrors that used by jihadists, and dormant Islamic State cells reportedly still operate in the country. 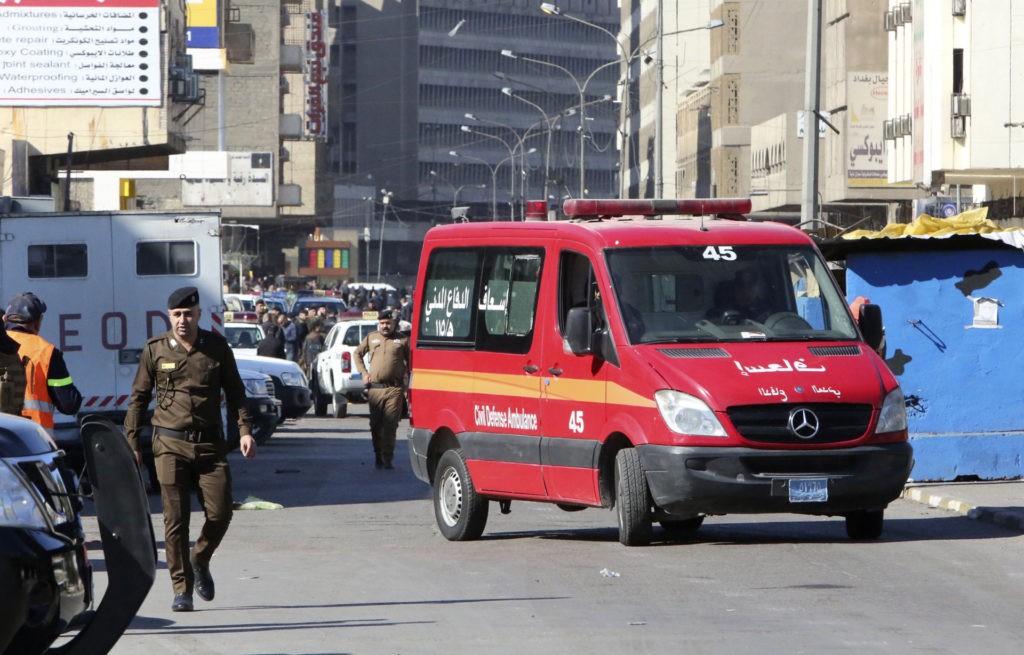 A picture shows the scene of a twin suicide bombing on a bustling commercial street in the heart of Baghdad on January 21, 2021. The toll in a twin suicide bombing in an open-air Baghdad market morning topped 20 dead and 40 wounded, an interior ministry official told AFP. The ministry said the first suicide bomber had rushed into the market and claimed to feel sick, so that people would gather around him. He then detonated his explosives. ((SABAH ARAR/AFP via Getty Images)

After years of sectarian violence, suicide attacks had become quite rare in the Iraqi capital and today’s bombing is the first since June 2019, an assault in which many people lost their lives.

Nonetheless, a wave of violence has struck Iraq as the United States withdraws its army to entrust local forces with security management. Just three days ago, seven coordinated attacks in Kirkuk, 150 miles north of Baghdad, left at least 24 people dead and 89 injured.

Some 2,500 U.S. soldiers remain in Iraq and incoming Defense Secretary General Lloyd Austin said during his confirmation hearing that he is still concerned about the threat the Islamic State poses in the region.

Earlier this week, coordinated attacks on power lines, power stations, and other infrastructure, caused millions of dollars in damage to the electricity sector, an Iraqi ministry reported.

Military sources in the Iraqi capital report that along with the 28 confirmed dead from Thursday’s blasts, at least another 73 were wounded.