JAFFA, Israel — Air raid sirens sounded in Tel Aviv, Israel’s major coastal city, on Tuesday evening and residents were rushed to bomb shelters as Palestinian terrorists fired a barrage of rockets at Israeli civilians for the second night in a row.

Sirens sounded once, then stopped, then sounded again, as loud booms were heard inside the bomb shelters. Children cried as parents tried to comfort them during the rocket attack — an event far more common in Israel’s southern border towns.

Imagine hearing this sound and having seconds to run for your life.

This is what people in Tel Aviv are hearing RIGHT NOW. pic.twitter.com/9BpYbwlwVO 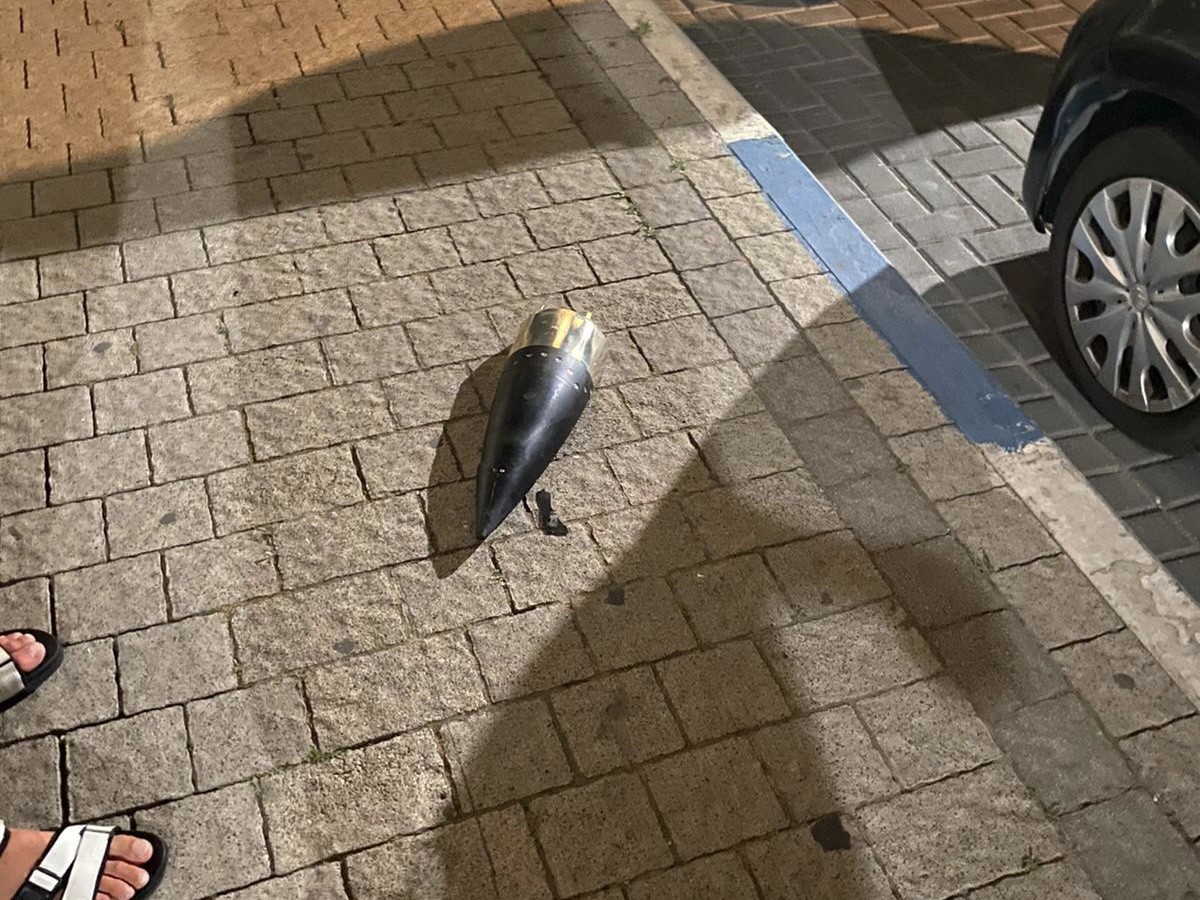 Debris from a Paletinian rocket on a street in Jaffa, Israel, May 11, 2021 (Deborah Brand / Breitbart News)

“Now, in fulfillment of our promise, the Al-Qassam Brigades has launched the largest missile strike on Tel Aviv and its environs, with 130 missiles, in response to the enemy’s targeting of civilian high-rises,” Hamas says in a statement on its Telegram.

Hamas appeared to be referring to an airstrike by the Israeli Defense Forces (IDF) that brought down an apartment building in Gaza, after several warnings to occupants to leave.

Israel had already confirmed another strike against terrorists who were in an apartment building in Gaza.

Hamas routinely fires rockets from, and hides its fighters in, heavily populated areas of Gaza.

This is the moment that the IDF & Israel Security Agency carried out a targeted strike against Islamic Jihad commander, Samah Abed al-Mamluk & other senior members of his unit.

They were among those responsible for hundreds of rockets fired at Israelis. pic.twitter.com/3DLj2UVdCm

There were unconfirmed reports of Arab residents of Jaffa, a mixed Arab-Jewish city near Tel Aviv, celebrating at the air raid sirens.

Breitbart News’ own Israel correspondent, reporting from a bomb shelter, noted that local Internet access had been lost amid ongoing riots. Residents were exchanging information by ordinary cell phone, and reported that the sky was “on fire” with repeated explosions as Iron Dome missile batteries attempted to intercept the incoming barrage.

The Times of Israel reported that a woman was killed in the town of Rishon Lezion. Rockets also fell in residential ares in Tel Aviv and nearby Givatayim, where Breitbart News obtained film of the aftermath:

The violence began last week when Palestinians rioted on the Temple Mount on the last Friday of Ramadan, using the Al-Aqsa Mosque to stockpile rocks and fireworks that were used against Israeli police and civilians. Israeli police responded by clearing out the mosque, and Palestinian terrorists used that to claim that Israel had attacked the Islamic holy site.

Hamas fired hundreds of rockets at Israel on Monday evening, many of which were intercepted, though not all. Two women were killed in the Israeli town of Ashkelon. Israel responded with over 100 targeted attacks on terrorist targets in the Gaza Strip.