Israeli artistic gymnast Artem Dolgopyat made history on Sunday by winning an Olympic gold medal — Israel’s second ever — in the men’s artistic gymnastics floor exercise competition at the 2020 Tokyo Olympics.

The Ukrainian-born Israeli, who won with an overall score of 14.933, beat stiff competition from the Chinese and Spanish gymnasts and bagged Israel’s first ever gold medal in the sport.

Windsurfer Gal Friedman won the country’s other gold medal in 2004 in Athens. 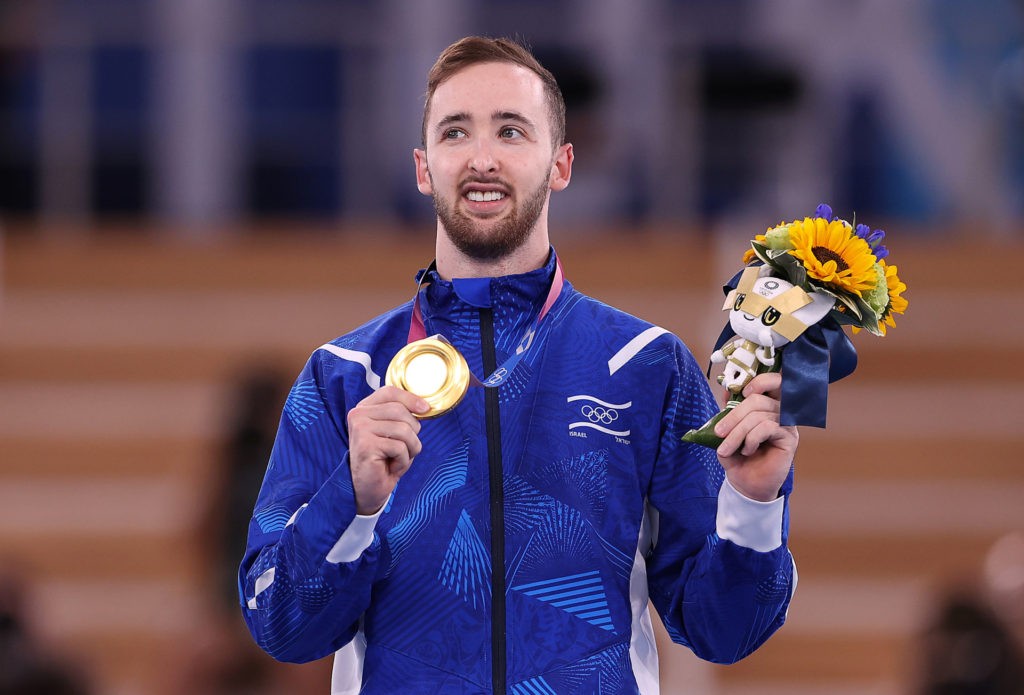 Artem Dolgopyat of Team Israel poses with the gold medal on the podium during the Men’s Floor Exercise Victory Ceremony on day nine of the Tokyo 2020 Olympic Games at Ariake Gymnastics Centre. (Laurence Griffiths/Getty Images)

Prime Minister Naftali Bennett congratulated Dolgopyat on Twitter, saying the gymnast brought “tremendous pride and excitement for all the people of Israel.”

“How long we’ve waited to see the Israeli flag and to hear [the national anthem] Hatikva” at the Olympics, the prime minister added.

Bennett interrupted a cabinet meeting to call Dolgopyat in Tokyo and congratulate him personally.

Speaking to reporters, Artem said he was “at a loss for words.” 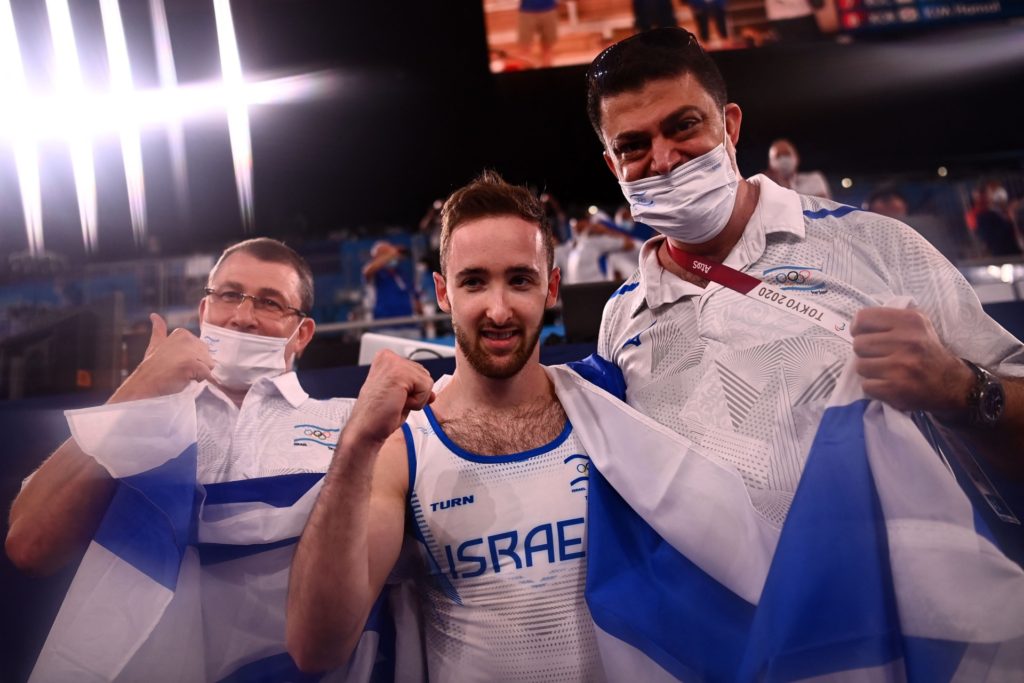 Israel’s Artem Dolgopyat (C) celebrates with his team after winning the floor event of the artistic gymnastics men’s floor exercise final during the Tokyo 2020 Olympic Games at the Ariake Gymnastics Centre in Tokyo. (LOIC VENANCE/AFP via Getty Images) 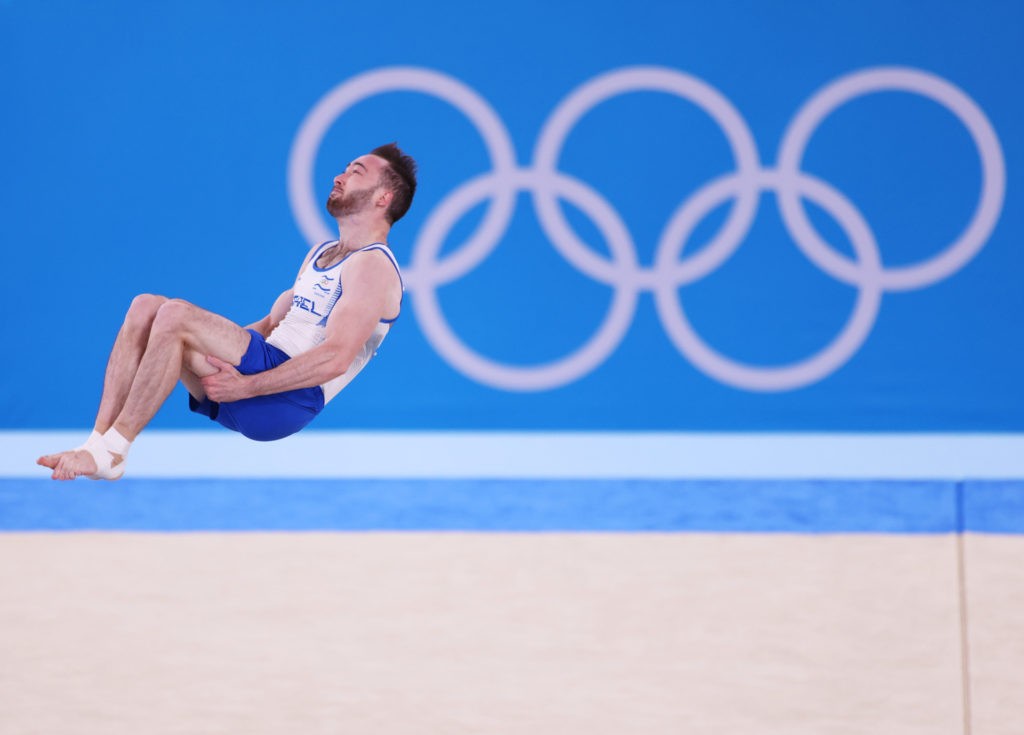 “I’m still in the sky. It’s difficult for me to return to earth. But I want to say thank you to all those who supported me, I love you all.”

He added that his performance was not his best, but that to his fortune, the other competitors were equally nervous and made mistakes and it was enough to win him the gold.