Outgoing German Chancellor Angela Merkel on Sunday said talks surrounding a return to the Iran nuclear deal have entered “very decisive weeks,” and warned every day without an accord would see the regime in Tehran continue to enrich uranium.

She called on world powers to pressure Iran into reentering the deal.

“I also see a responsibility for Russia and China here, since if the JCPOA (nuclear deal) is no longer doing what it’s meant to do then that’s very difficult, so we are now in very decisive weeks for this deal,” she said at a press briefing alongside Israeli Prime Minister Naftali Bennett. 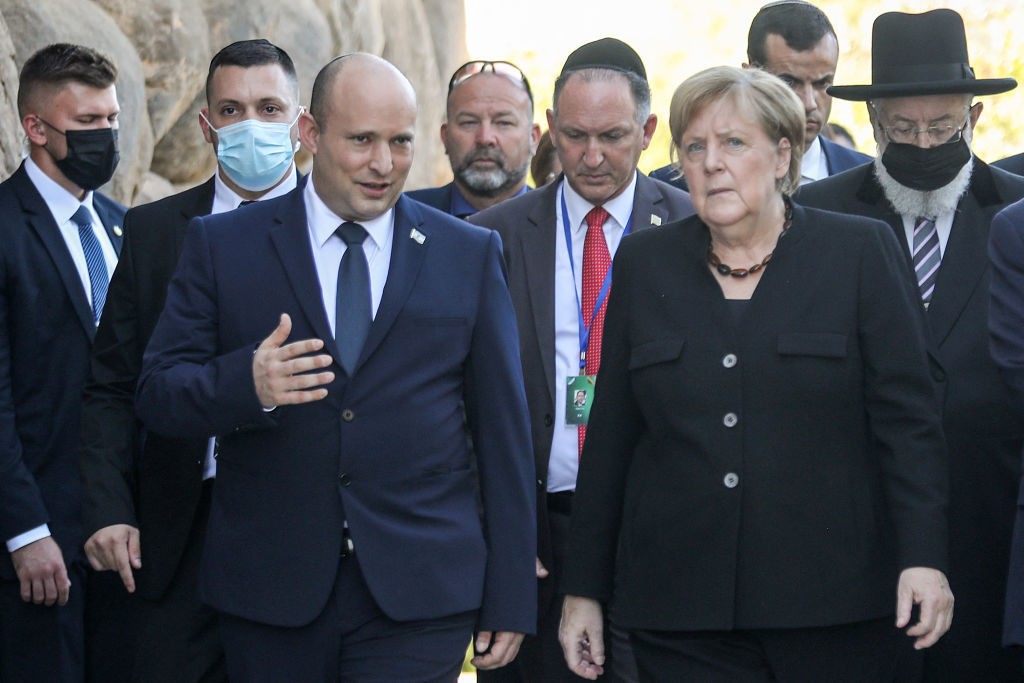 Israeli Prime Minister Naftali Bennett (C-L) speaks with German Chancellor Angela Merkel (C-R) as he escorts her outside at the Yad Vashem Holocaust Museum in Jerusalem on October 10, 2021. (GIL COHEN-MAGEN/AFP via Getty Images)

She added Israel’s security is a top priority for “every German government.”

Merkel was in Jerusalem for her eighth and final visit as part of a farewell trip as she concludes her 16-year term.

She visited the Yad Vashem Holocaust memorial and said that it was every German’s responsibility “to stand up with determination against anti-Semitism, hatred and violence every day anew.” 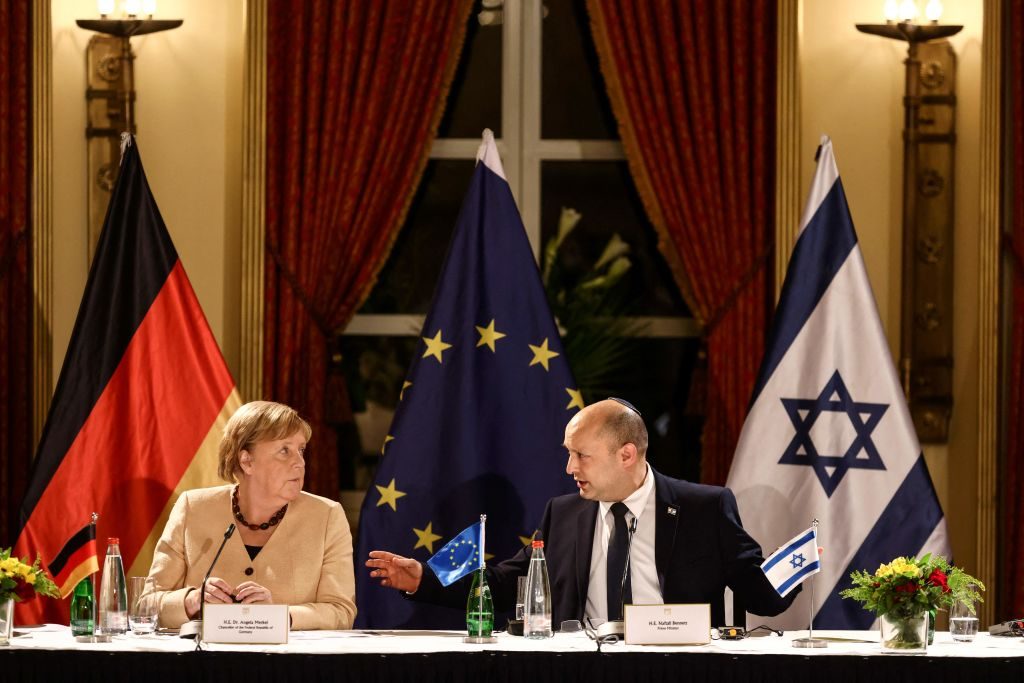 At a later session of Bennett’s cabinet, Merkel said “the history of the Shoah (Holocaust) is a singular event for which we continue to bear responsibility in every phase of history, including in the future.”

“We sometimes disagree on questions such as whether there should be a two-state solution with the Palestinians,” Merkel told Bennett’s cabinet. “But we agree, I think, that there must always be a vision of a lasting democratic Jewish State of Israel.”