President Joe Biden is moving ahead with plans to open a U.S. consulate in western Jerusalem despite Israeli objections that doing so would violate Israeli sovereignty and violate the rules of the 1963 Vienna Convention on Consular Relations.

In 2017, President Donald Trump recognized Jerusalem as Israel’s capital city, and in 2018 he moved the U.S. embassy there from Tel Aviv, fulfilling a promise repeatedly made — but never kept — by both Democratic and Republican administrations.

Then-candidate Biden, seeking to appease the growing far-left, pro-Palestinian faction of the Democratic Party, promised in 2020 to “reopen the U.S. consulate in East Jerusalem [sic],” which is actually in western Jerusalem, which Israel has governed since 1948. The building was converted into an annex of the main Jerusalem embassy once the new embassy was opened. Biden did not demand any concessions from the Palestinians in return for that or other election campaign promises.

Creating a new U.S. consulate in the same city where the U.S. also has an embassy would be virtually unprecedented. It would also create the impression that the U.S. was insisting on a division of Jerusalem between Israelis and Palestinians — and not along the 1949 armistice lines, but within a portion of Jerusalem that has always been Israeli. (Other countries with “embassies” to the Palestinians have placed them in Ramallah, which is where the Palestinian Authority is headquartered.) 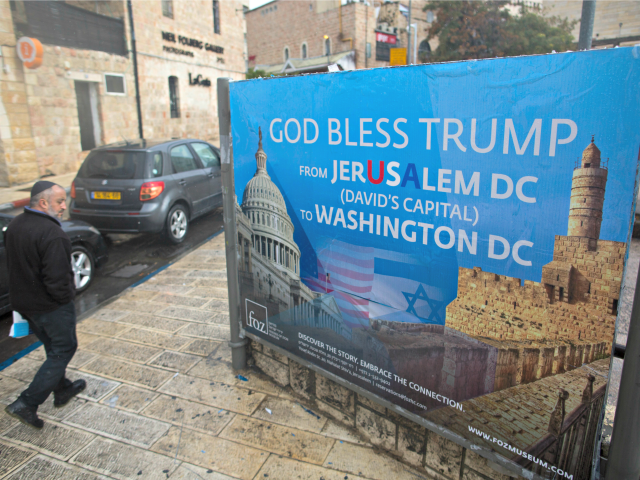 Israel has ruled out allowing a U.S. consulate in Jerusalem, and under the Vienna Convention, to which both the U.S. and Israel are signatories, it has the right to do so. Article 4 states: “A consular post may be established in the territory of the receiving State only with that State’s consent.”

Newly-installed Israeli foreign minister Yair Lapid, who is seen as aligned with the U.S. Democratic Party, is said to have given the impression Israel would consent. However, Prime Minister Naftali Bennett has since said that he will never agree to allow the U.S. to take steps that would divid Jerusalem.

A report in Israel Hayom warns that the Biden administration is already planning to declare the consulate anyway, hanging a new sign on the building and using the consulate to handle Palestinian affairs instead of allowing the embassy to do so. The new U.S. ambassador, Thomas Nides, hailed by Democrats and the media as a friend to Israel, is preparing to carry out Biden’s orders, triggering a diplomatic crisis between the two countries.

Israel is already reportedly considering responses, including cutting off utilities to the building, imposing sanctions against the U.S., and other options that Israeli policymakers will not discuss publicly.

Left-wing Israelis are reportedly concerned that a U.S. unilateral move could cause the new Israel government to collapse, as many of its members would defect to support former Prime Minister Benjamin Netanyahu, who now leads the opposition.