Former Israeli Ambassador to the U.N. Danny Danon told Breitbart News on Thursday a peace deal between Israel and Saudi Arabia would likely be signed within a year.

Danon made his remarks from the First Annual Abraham Accords Global Leadership Summit in Rome, which was attended by world leaders, diplomats and others from more than 30 countries.

The summit aimed to bolster relations between Israel and countries in the region in the spirit of the Trump-brokered Abraham Accords, which were signed two years ago between Israel, Bahrain and the United Arab Emirates, and later on with Sudan and Morocco.

“Saudi Arabia is our natural peace partner, we have worked together for years behind the scenes,” Danon told Breitbart, noting that he worked personally with Saudi diplomats during his tenure at the United Nations on matters relating to regional stability and security.

“We share the same Abrahamic past and shared future. Now that we will have a stable government in Jerusalem, I believe we will see an agreement with Riyadh within a year,” Danon, who now serves as chairman of World Likud, said.

Attendees at the event in Rome included several high profile conservative leaders, senior diplomats and clergy from the Muslim world, and Christian and Jewish clergy. 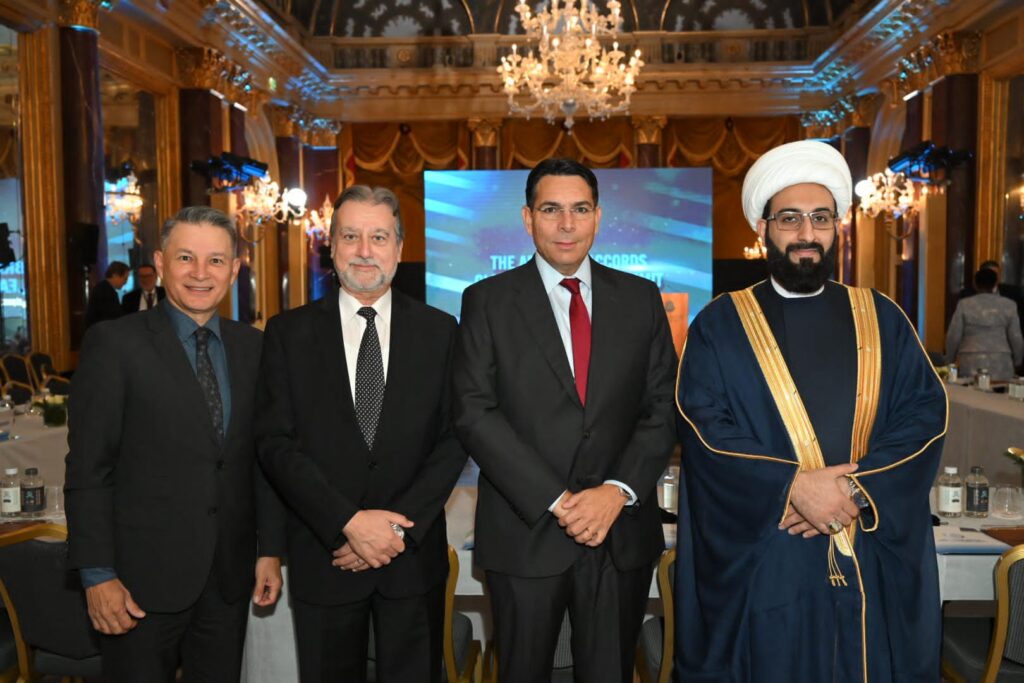 Danon was optimistic about Israel’s incoming government led by Likud leader Benjamin Netanyahu, saying its “first priority will be to increase signatories to the Abraham Accords.”

“Prime Minister Netanyahu’s first state visit will be to Abu Dhabi, and we hope that Riyadh will follow. The Abraham Accords were not built in a day. The hardest part was going public,” he said.

“It’s just a matter of time before courageous leaders step out of the shadows and full peace is achieved between all the children of Abraham. I expect we’ll see an agreement between Israel and Saudi Arabia this year.”

While Riyadh has maintained that it will not normalize ties with Jerusalem until there is a Palestinian state, it has cooperated for years with Israel covertly, especially over its shared interest in combating the Iranian threat. 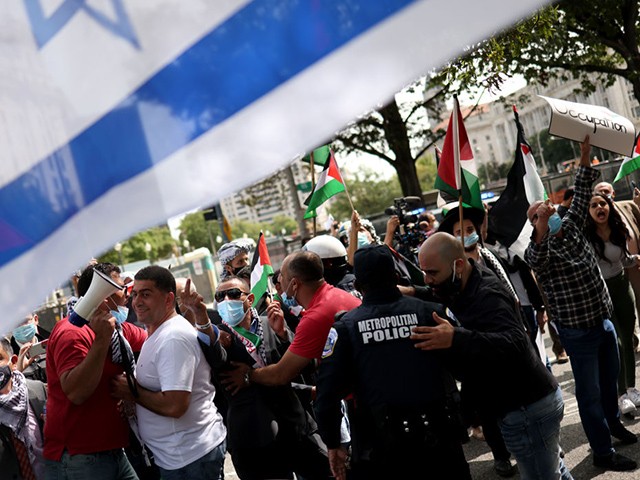 File/Palestinian protesters scuffle with police outside the White House on September 15, 2020 in Washington, DC. The groups gathered to protest the signing of the Abraham Accords that will normalize relations between Israel, Bahrain and the United Arab Emirates. (Win McNamee/Getty)

The kingdom recently opened its airspace to Israeli commercial flights after Israel gave permission to Egypt to give the Saudis control of two islands in the strategic Straits of Tiran leading into the Red Sea.

Former U.S. envoy to Israel, David Friedman, told Breitbart in an interview in June that President Joe Biden had made a “grave mistake” by condemning Saudi Arabia a “pariah,” and that if the Trump administration was still in office, Riyadh would have formed diplomatic ties with Jerusalem by now.

“The opportunity that Saudi Arabia presents for a safer and more prosperous Middle East is tremendous and Biden should have jumped on the progress that we made and taken further steps,” the former ambassador said.

When Biden came into office, he “took steps backwards.” Friedman said, and was not as “robustly supportive of a new Middle East as we were.”

“As a young Jewish boy, fleeing my hometown of Beirut, I would have never dreamed that one day I would be serving as a Rabbi in an Arab country. Nevermind an Arab country with a rapidly growing Jewish community that has signed a peace accord with the State of Israel,” he said.

Iranian-born Shi’a Muslim Scholar and Vice President of The Global Imams Council Tawhidi predicted that the ayatollah era would soon be over and that Israel would even make peace with its arch-enemy Iran.

“It is hard for some people to imagine that Israel and Iran were close allies just 43 years ago. I come here today, as a free Iranian to tell you that peace between Israel, Iran, and even between the Shi’a and the Sunni world is closer than ever,” he said.

“The people of Iran have seen the fruits of the Abraham Accords, they have witnessed how fast peace can be built and many remember the days of Israeli tourists visiting Tehran and long for those days to return,” he went on.

The summit concluded with the presentation of the Abrahamic Values Pledge, a joint declaration where delegates declared their support of shared Abrahamic values and respect to tradition and family. Delegates also confirmed their commitment to further educating their communities about the traditional values that have sustained religions and cultures and allowed them to impact the world positively, with an emphasis on tolerance, co-existence and economic peace.