Mike DeWine, a GOP primary candidate for the Ohio gubernatorial race, agreed to attend a 2006 fundraiser with members of a local mosque that was tightly tied to a militant Egypt-born Islamic cleric.

Internet archives show that the Noor Islamic Culture Center in Dublin, Ohio, said on its website:

On Teusady, April 18Th, Senator Mike DeWine had the opportunity to meet with rpresentative members of NOOR community. They discussed several issues that interst our community.

The archives show that the mosque’s website posted several pictures of the fundraiser: 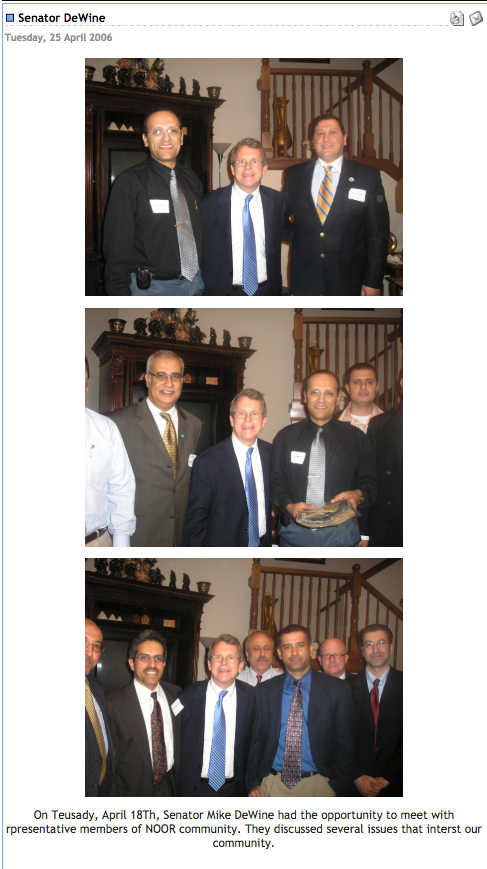 But the donations put DeWine uncomfortably close to an Egypt-born cleric who later shared stages with America-hating and Jew-hating jihad leaders, and who was sentenced to death by Egyptian judges in 2015. The death sentence was commuted to life in jail.

The cleric’s name is Salah Soltan, and his name was posted on the same page of the website as the fundraiser images.

The mosque’s current website contains no mentions of Soltan, who left the United States the year after the 2006 fundraiser. But an archived Internet page shows Soltan was welcome at the mosque: 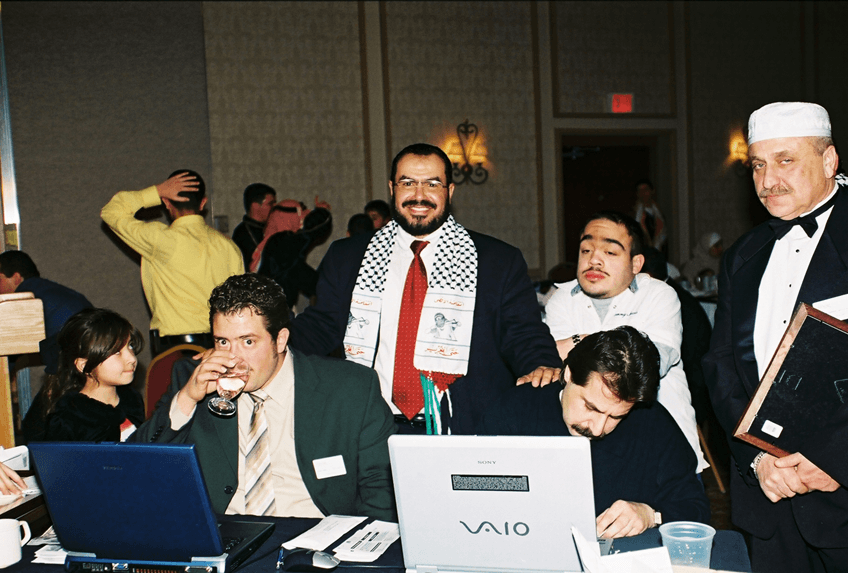 Soltan was the religious director at the mosque in 2006, said Poole.

“Sultan was insulated into all of the major Islamic institutions here in Columbus,” Poole said in 2007. “The Islamic Society of Greater Columbus, Sunrise Academy — the private Islamic school — the Al Noor center, he was preaching at several other mosques. He was all over the place and integrated into all those institutions,” said Poole.

Soltan is an orthodox, establishment Muslim leader. He lectured at many U.S. mosques and served as an Islamic advisor for the leading Islamic rule-making authority in the United States, the Fiqh Council of North America. The council’s website still lists Soltan as a member.

He subsequently made many incendiary statements drawn from the Koran and the Islamic scriptures, and he appeared with the leaders of Hamas and the Muslim Brotherhood, including the Brotherhood’s chief cleric, Yusuf al-Qaradawi. 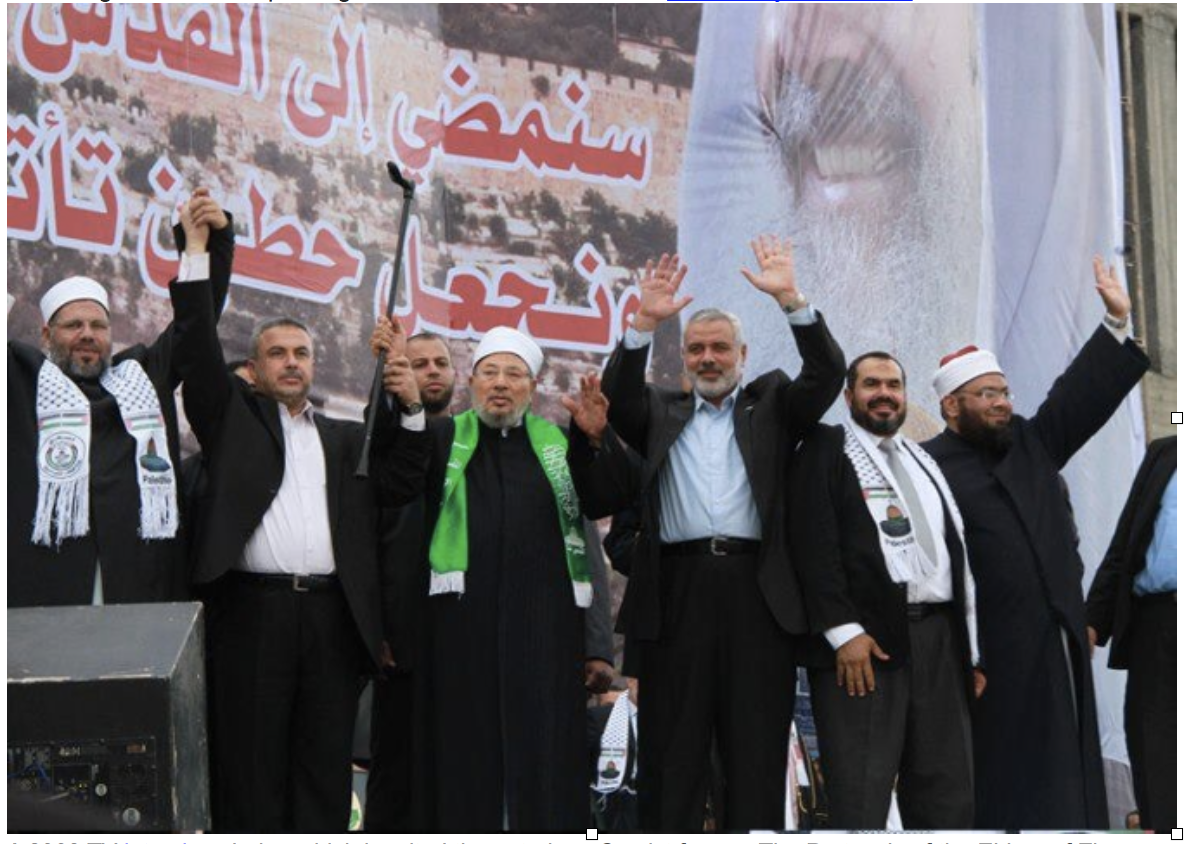 There are multiple spelling of the cleric’s two main names, including Salah, Sallah or Salah Al-Din Sultan, and Soltan or Sultan. His website is archived here.

The Noor mosque declined to return calls or explain how long Soltan worked at the mosque. “I’m not familiar with the name,” said a woman from the mosque who returned calls from Breitbart News.

Soltan’s U.S.-born son, Mohamed Soltan, was detained for leading violent Brotherhood operations in Egypt but was released in 2015, amid very generous coverage from the establishment media.

DeWine’s willingness to join a fundraiser with Muslim immigrants reflects the careless outreach to Islamic groups by many politicians, including President George W. Bush, after the 9/11 atrocity.

At multiple events, Bush appeared with Islamic groups to condemn foreign and domestic terrorism, without recognizing the orthodox Islamic justifications for jihad. For example, Bush — and subsequent President Barack Obama — frequently described Islam as a “religion of peace,” despite its many combative commandments, and its commandment to hate.

Many of these politicians quickly revoked their praise and support for the Islamic groups once they were alerted by experts on Islam, such as Robert Spencer, the operator of JihadWatch, and Poole in Dublin, Ohio, who first identified Soltan’s role in the Muslim Brotherhood group. The group briefly took over Egypt’s government in 2012 and tried to impose an Iran-style Islamic dictatorship.

For example, Kaine asked an apparently respectable surgeon, Esam Omeish, to sit on a pro-migration panel in 2007. Shortly afterward, a GOP legislator posted a letter highlighting Omeish’s background, which could have been easily discovered by a quick check of experts’ websites. According to the Washington Post:

The controversy over Omeish’s appointment to the Virginia Commission on Immigration began this week when a Republican state delegate, C. Todd Gilbert of Shenandoah County, wrote a letter to Gov. Timothy M. Kaine (D) saying that the Muslim American Society is of “questionable origins” with similar goals to Islamic terror organizations.

A Kaine spokesman initially characterized Gilbert’s letter as xenophobic. But when video of Omeish speaking at political rallies surfaced Thursday on YouTube, the governor and Omeish agreed that he should step down.

The “surfaced” videos were openly displayed on YouTube.com.

Fox News reported that Kaine was confronted with the problem when he was doing a talk-radio show.

DeWine’s 2006 fundraiser is back in the news during a tight primary race with another GOP candidate, Mary Taylor.

In response to questions from Breitbart News, DeWine’s spokesman said:

Mike DeWine spent his time in the US Senate fighting against radical islamic terrorists. We reject any association with radicals, anti-semites, or anyone who preaches terrorism and jihad. That’s one of the reasons we’ve supported President Donald Trump’s travel ban in the US Supreme Court.

DeWine’s spokesman declined to give any examples of DeWine’s work in Congress against the jihad ideology.

DeWine played the “useful idiot” in covering up the mosque’s entanglement with Soltan, said Spencer, adding:

By agreeing to take money at the Noor fundraiser, DeWine “was being used by people who are trying to take away obstacles to jihad in the United States by opposing counterterrorist efforts,” said Spencer. That endorsement helps ensure that the media and government agencies do not investigate the mosque’s funding and connections to Islam’s jihadi doctrines, said Spencer, adding:

None of this is a crime, we’re not talking about criminal activity — we’re talking about him being used by people with obvious subversive goals.

Now that the mosque’s ties to Soltan are clear, DeWine should “repudiate the [fundraising] event, and announce he will undertake a robust investigation of Muslim Brotherhood activities in the state,” said Spencer.

The politicians, the media, and federal agencies all failed to notice or describe Soltan’s pro-jihad sermons in the state, said Spencer. “It is astonishing to think he was saying them for years in Ohio and nobody cared.”