Walker, endorsed by former President Donald Trump to take on Democrat Sen. Raphael Warnock (GA) if he makes it through the Republican primary, was able to mount a massive fundraising haul by receiving donations from donors in all 50 states.

The campaign claims it received donations from nearly 50,000 donors since entering on August 24, which equates to an average $100,000 of contributions per day. 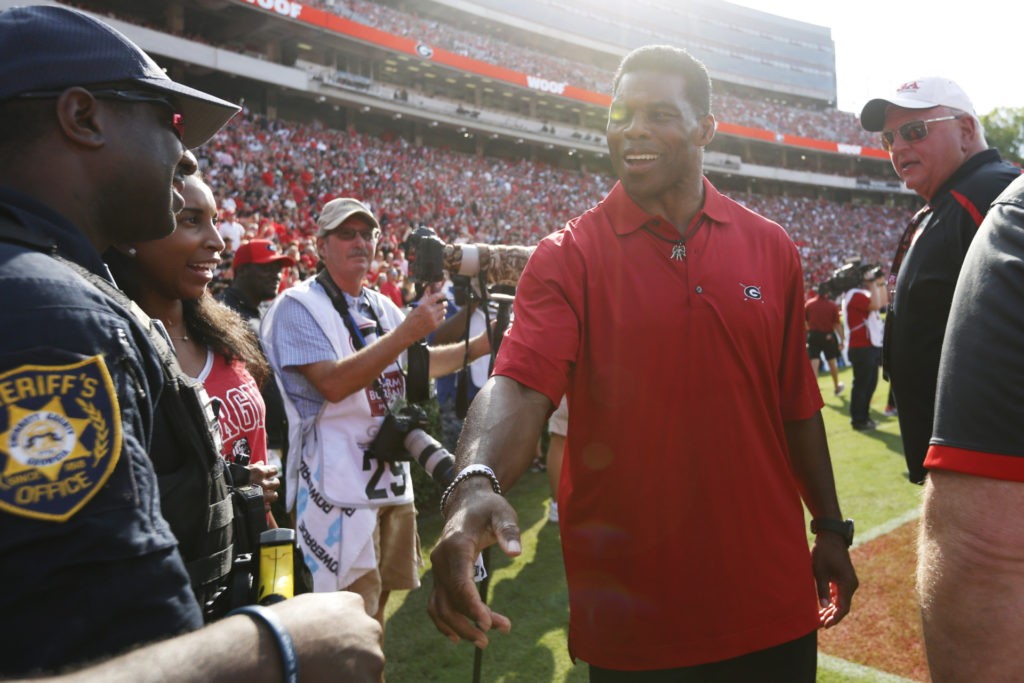 Sep 11, 2021; Athens, Georgia, USA; Heisman Trophy winner and U.S. Senate candidate Herschel Walker shakes hands with fan during the first half of a game between the UAB Blazers and the Georgia Bulldogs at Sanford Stadium. (Joshua L. Jones/Athens Banner-Herald via USA TODAY NETWORK)

“Though we only had 5 weeks to fundraise this quarter, tens of thousands of Georgians and patriots across the country stepped up to the plate to help us take back the United States Senate,” Walker’s campaign said in a statement.

“We are grateful for each and every cent and look forward to continuing to travel across this great state shaking hands with real Georgians and hearing about the issues facing their communities,” the statement added.

Walker, who joined the campaign only five weeks ago became an instant front runner, was quickly endorsed by Trump,

“Herschel is tough on Crime and Borders, and he will always stand in support of Law Enforcement, Military, and our Vets. He will fight hard for our Second Amendment and Voter Integrity,” Trump said in part of his endorsement.

Trump added, “Herschel Walker will never let you down. He was a great football player and will be an even better U.S. Senator—if that is even possible.” 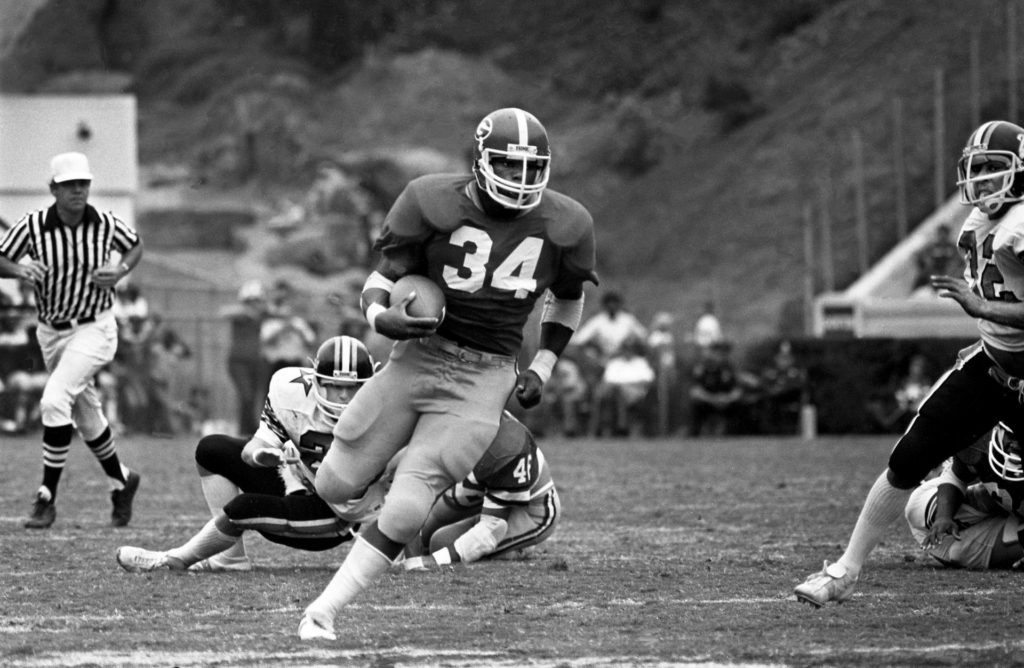 Georgia freshman running back Herschel Walker (34) heads up the field for some of his record-breaking 283 rushing yards in their 41-0 victory over Vanderbilt before 59,300 fans at Sanford Stadium in Athens, Ga., Oct. 18, 1980. Walker set a new school record and broke the single-game record of 239 yards by Bulldogs All-American Charlie Trippi which has stood since 1945. (J.T. Phillips / The Tennessean via USA TODAY NETWORK)

Shortly after joining the race a Trafalgar Group poll showed Walker would have secured 75.7 percent of the vote in the Republican primary, when asked who the respondents would vote for.

Warnock, the incumbent who has yet to say what his fundraising numbers for the third quarter are, took in $7.2 million during the second quarter of the year. Warnock along with Sen. Jon Ossoff (D-GA) were elected to the Senate during the 2020 campaign.