Trump-endorsed Republican Herschel Walker shows a commanding lead in Georgia’s Republican Senate primary for next year’s midterm elections, according to the polls.

A Trafalgar Group poll shows the one-time football great would secure 75.7 percent of the vote in the Republican primary.

The poll’s respondents were asked if the “Republican primary election for U.S. Senate were held tomorrow, for whom would you most likely vote?”

Walker garnished almost 70 percent more of the vote than his closest competitor in the hypothetical poll. Gary Black, the state’s Commissioner of Agriculture since 2011, received 6.3 percent of the vote.

The Trafalgar Group poll was conducted between August 2 and 4, sampling 1,078 likely 2022 Republican primary voters. The poll’s margin of error is plus or minus 2.99 percent, with a confidence level of 95 percent.

Walker only filed the necessary paperwork to be a candidate in the race a few short weeks ago, and since then he made his presence known. In the battleground state of Georgia, he will be a possible matchup against Sen. Raphael Warnock (D-GA) if he wins the party’s primary. 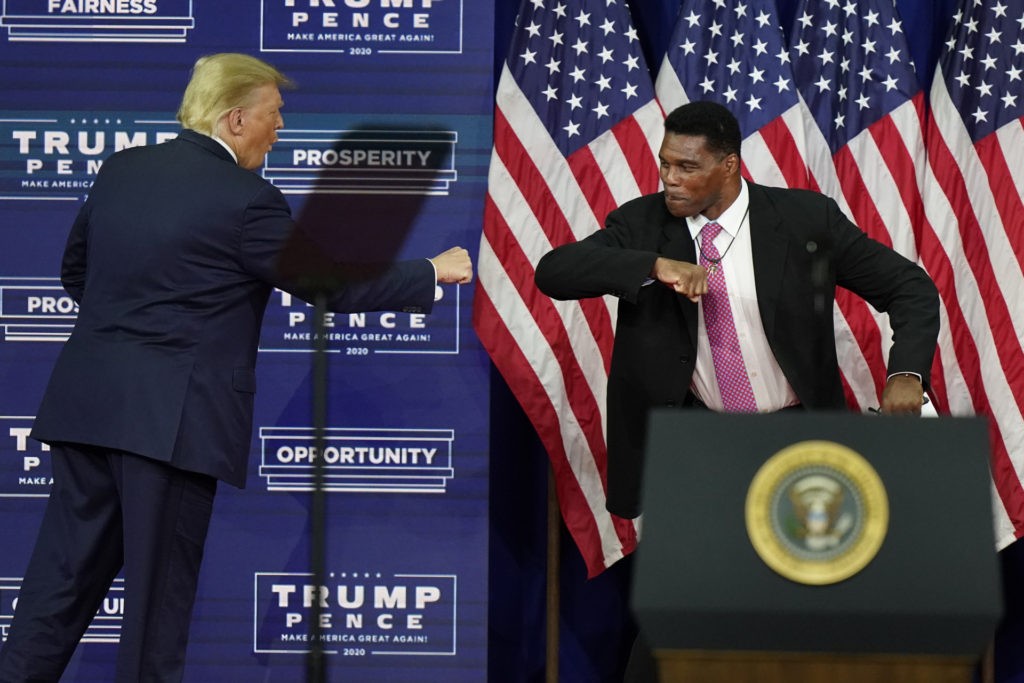 FILE – In this Sept. 25, 2020, file photo, President Donald Trump elbow bumps with Herschel Walker during a campaign rally in Atlanta. Walker appears to have a coveted political profile for a potential Senate candidate in Georgia. (AP Photo/John Bazemore, File)

Trump explained that Walker “embodies ‘America First’ and the winning spirit of Georgia,” adding, “Walker will never let you down. He was a great football player and will be an even better U.S. Senator—if that is even possible.”