In her testimony before the Senate Judiciary Committee last week, Supreme Court nominee Elena Kagan faced justifiable criticism for her deliberate discrimination against military recruiters while she was Dean of Harvard Law School. But with the exception of Ranking Member Sen. Jeff Sessions, the Judiciary Committee did not question a major anti-military decision that Kagan made in her current job, Solicitor General of the United States. 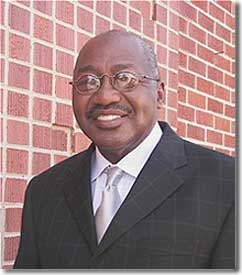 As the nation’s top lawyer, Solicitor General Kagan has the duty to supervise and conduct government litigation, and to decide how and when to file appeals or petitions for Supreme Court review of cases decided against the United States. An opportunity to defend the military occurred shortly after Kagan took office, in a case challenging the 1993 law stating that homosexuals are not eligible for military service.

Section 654, Title 10, U.S.C., which is usually mislabeled “Don’t Ask, Don’t Tell,” has been upheld as constitutional by federal courts several times. Whether Solicitor General Kagan agrees with the law or not, she had the duty to defend the statute when a case called Witt v. Department of the Air Force landed on her desk in May 2009.

Major Margaret Witt was an Air Force nurse who was living with a lesbian partner and was discharged in accordance with the 1993 law, Section 654, Title 10. Major Witt challenged that action in a federal district court, and when she lost her case she appealed to the U.S. Court of Appeals for the Ninth Circuit.

Overcoming strong dissent among its own members, the Ninth Circuit remanded the Witt case back to the district court level for rehearing under unusual evidentiary requirements. Imposing a heavier burden than the “rational basis” standard that should have applied, the Ninth Circuit ordered the Department of Justice to defend the 1993 statute in personal terms related to Margaret Witt as an individual, even though the law does not require this.

The Ninth Circuit’s rogue ruling was an activist attempt to rewrite statutory findings in the current law, which Congress passed with veto-proof bi-partisan majorities in 1993. Solicitor General Kagan should have filed a petition for certiorari, asking the Supreme Court to review the Ninth Circuit’s problematic ruling. Such a petition likely would have succeeded.

Instead, Kagan accepted the unprecedented and burdensome standard of review that the Ninth Circuit imposed in the Witt case, setting up a conflict with other courts of appeal in circuits nationwide.

Kagan’s irresponsible decision not to petition for Supreme Court review of the Ninth Circuit’s procedural ruling in the Witt case contradicted assurances she had given to Senator Jeff Sessions in a letter to Senator Arlen Specter dated March 18, 2009. As reported by NRO’s “Bench Memo” editor Ed Whelan, at that time Kagan assured Senator Sessions that the 1993 law was “subject to rational basis scrutiny,” and “the rational basis standard is very easy to satisfy.” Nevertheless, when Solicitor General Kagan faced a May 2009 deadline for action in the Witt case, she reneged on her promise to the Senate and created needless jeopardy for a major law affecting the military.

Due to Kagan’s inaction, the Department of Justice will have to defend the law in personal terms related to Margaret Witt as an individual, even though the 1993 law stating that homosexuals are not eligible for military service does not require that. Even if government attorneys prevail in the Witt case, the Ninth Circuit’s typically outlandish ruling will remain intact until it is challenged, inviting more litigation under rules unlike those used in other circuit courts of appeal.

When Sen. Sessions asked Ms. Kagan about the still-pending Witt case during her confirmation hearing last week, she referred to the Ninth Circuit’s ruling as a “strange thing.” The nominee want on to suggest that her intent was to create a “fuller record” demonstrating how the Ninth Circuit’s ruling “really would disrupt military operations” by having to prove that separation of Witt, as an individual, “caused the military harm.”

Her incoherent statement misrepresented the law and provided even more evidence that she has no professional interest in defending the military against legal attacks from civilian homosexual activists that she personally welcomed to Harvard Law School seminars several times.

Four military veterans took issue with former Harvard Dean Kagan’s anti-military attitudes in late afternoon testimony last Thursday. Retired Air Force Col. Thomas N. Moe, a former Vietnam prisoner of war, criticized her for using a suspended and later overturned Third Circuit Court of Appeals ruling against the Solomon Amendment as an excuse to discriminate against military recruiters on campus. Said Col. Moe, “Those who do not recognize much less understand the special nature of the military should not be handed authority to make important decisions that affect it.”

Iraq war veteran Peter B. Hegseth, Executive Director of Vets for Freedom, noted the irony of replacing the Supreme Court’s only veteran with wartime experience with a nominee who “unapologetically obstructed the military at a time of war.” Former Army officer Flagg Youngblood, a graduate of Yale who helped to write the Solomon Amendment, took aim at Kagan’s elitist “back-of-the-bus” treatment of military recruiters. Tony Perkins, a former Marine and President of the Family Research Council, criticized Kagan for trying to “use the military to advance radical social policies.”

On two major issues, the nominee had the opportunity to side with military policy as stipulated in law. Instead, she chose the opposite position. These official actions call into question not just her support for the military, but her legal judgment and lack of regard for the tradition of judicial deference to the legislative and executive branches of government on matters affecting the armed forces. Members of the Senate need to take Kagan’s thin but instructive record seriously, and refuse to confirm her nomination to be an Associate Justice of the Supreme Court.