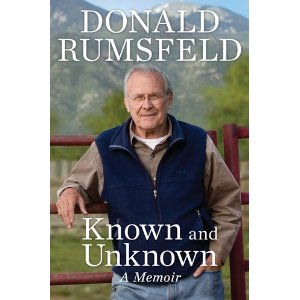 Four hours later, Mubarak publicly announced that he is not stepping down, and that he rejected “any and all dictations from abroad,” in a direct slap-down of Obama and his minions. Even Mubarak’s resignation today does not mitigate this public humiliation of the Obama administration. The slow motion coup d’etat, with the military in charge, for now, may well be positive for American interests, but still begs the question: what’s going on in Obama’s cabinet?

At the same hearing with Panetta, the Director of National Intelligence (DNI), James Clapper opined that the Egyptian-based Islamic extremist group, the Muslim Brotherhood (MB), was “largely secular.”

Five days previously, Obama’s hand-picked envoy to Egypt, Frank Wisner, after visiting the country, said that Mubarak must remain in power to manage the transition. Obama immediately retracted that statement, and Wisner disappeared.

Unfortunately, we would be lucky if it were only Panetta, Clapper, and Wisner mucking around. The big story is the Obama lackey we have not seen since the Maghreb Mutinies began, Obama’s Czar for Terrorism, and de facto intelligence chief, John Brennan.

Brennan has sought out TV cameras at every opportunity since January 2009. He popped up to talk about any issue dealing with intelligence, terrorism, Arabs, or Islam. He took it upon himself to declare the words “war on terrorism, jihad, global war” off limits. He trumpeted his “summer in Indonesia,” (like the President!), his semester abroad in Cairo, and his CIA station chief experience in “the region.”

Burrowing into his lair in the West Wing, Brennan gathered the strings of the national intelligence infrastructure and became the intel bureaucracy puppet master. Hapless generals passed through the DNI position, each undermined by Brennan, perched next to his idol’s throne, whispering in Obama’s ear. Remember DNI Clapper telling Diane Sawyer he didn’t know about “London.” Who quickly chimed in with the proper answer? Why, it was Brennan–showing up the titular head of American intelligence.

Just as in academia, the point of the exercise (creating finished intelligence to guide U.S. policy makers) becomes lost in academic politics, backstabbing, ass kissing, and internecine scheming. Just as in academia, CIA analysts who want to move up yearn for a position closer to the seat of bureaucratic power.

An analyst’s most treasured professional accomplishment is to have a hand in the Presidential Daily Brief (PDB). An article published in the PDB can be the crowning achievement of an analyst’s career. Circling the flame of power, like calculating moths, they try to get closer. The ultimate career position for a CIA analyst is to be the President’s Briefer, the guy who carries the PDB in to the President every morning. If an analyst is allowed to do that only once in his lifetime, he can die happy, fulfilled. He’s been to the mountaintop.

They sit in cubicles and research and write. Then they argue among themselves about what each other has written. Then they brief others on their articles. Then they do that again. And again, and again, and again. Because of the dreary reality of their lives, the analysts are allowed large budgets for travel. They travel to the countries in their portfolio, on boondoggle familiarization trips–which are more like vacations.

Many CIA analysts join the Agency believing the Tom Clancy hype. Once they learn what their job is, they can become bitter. And they can succumb to envy–of the operators who do recruit spies, travel the world under cover, meet and befriend exotic people, and plan and execute clandestine operations. There is a definite culture of envy in the CIA’s DI.

Because of this envy, occasionally, when the CIA goes through one of its bouts of self-destructiveness, the director of the CIA appoints an analyst, to be the chief of an overseas operational station. And when a presidential administration is extremely anti-CIA, like the Clintons, it appoints an analyst to be in charge of the entire Directorate of Operations.

John Brennan is a CIA analyst. In his mind, he is the Tom Clancy hero–the analyst fast-roping into a crisis, sub-machine gun locked and loaded, ready to respond. But in reality, he is an academic with sharply honed in-fighting claws, ready to rip to shreds a rival’s analytical piece so that his will be published.

Brennan clawed his way to the top of the analytical pile–he was President Clinton’s PDB briefer. During the Bush presidency, he burrowed into the CIA bureaucracy, snuggling up to Clinton appointee DCI Tenet. He finished his career by standing up the failure-prone Terrorist Threat Integration Center (TTIC) and the National Counter-terrorism Center (NCTC), both of which were supposed to “connect the dots,” which analysts failed to connect before the 9/11 attacks.

Brennan retired from NCTC and joined an intelligence contractor. NCTC then awarded his firm a contract to provide connect-the-dots analytical software. In the Christmas Day “panties-bomber” failed terrorist attack, NCTC, using Brennan’s software, failed to connect the dots. Obama assigned Brennan to investigate the failure. Sweet work, if you can get it.

Now he’s used those nasty analytical academic skills to worm his way into the clueless White House’s foreign policy and intelligence inner sanctum. He hitched his wagon to Obama’s star early, and has ridden it far. Nestled into his office in the White House, an analyst’s nirvana, he has jealously built his intelligence empire. He is the de facto DNI, DCIA, and director of covert operations. Like a corrupt Turkish eunuch, manipulating a callow crown prince, he whispers in his ruler’s ear and rivals disappear.

This background brings us up to today. The morning after Mubarak told Obama to leave Egypt alone, after the DNI said the MB is sort of like Knights of Columbus, after the DCIA said he’s watching CNN and it looks like Mubarak will resign. And now the slow-motion coup slips further out of Obama’s sphere of influence.

Where is John Brennan? Since the uprising began in Tunisia, until today, John Brennan has not appeared on national TV once. Now that you know his background, it should be easy to guess, as I’m doing. I’d bet that our hero Brennan is ensconced in a five-star suite in Cairo, running what he believes is a cunning covert influence operation. My guess is that Mubarak’s rejection of “dictations from abroad” should have been “dictations from John Brennan.”

This massive cluster-failure of a foreign policy looks like an amateur operation, run by a wannabe operator. The one personality in the Obama administration that fits that description is John Brennan.

Egypt today is no place for a “semester abroad expert” political analyst to be allowed free rein. Obama, fire John Brennan today. Let the DNI that you and your party craved do his work. You have a huge intelligence collection and analysis infrastructure idling while Brennan plays his egomaniacal games. What promises, incentives, threats, have been made in our name? We have thrown our lot in with the pharaoh’s successors. What will happen in the streets?

Do the right thing. Bring Brennan back out of the shadows and put him to pasture. Let professionals do the job.