U.S. Army Private First Class Nasser Jason Abdo, 21, first made the news last August when, arguing that his Islamic faith contradicts serving in the American military, he filed for conscientious objector (C.O.) status. Referring to current American wars in Iraq and Afghanistan, Abdo asserted that a Muslim “is not allowed to participate in an Islamicly unjust war. Any Muslim who knows his religion … should not participate in the U.S. military.” Further, he wrote: “I cannot be a soldier in the US Army and continue to remain true to Islam.”

Simultaneously, Abdo made anti-American statements during Pashto language class and listed the Council on American-Islamic Relations, or CAIR, on his Facebook page as one of his “activities and interests.” He announced an intent, on leaving the army, to combat “Islamophobia” and “to show Muslims how we can lead our lives. And to try and put a good positive spin out there that Islam is a good, peaceful religion. We’re not all terrorists, you know?”

On May 13, 2011, Abdo won C.O. status. But that same day, due to an investigation prompted by his anti-American statements, he faced an Article 32 hearing (the military equivalent of a grand jury) for downloading 34 child pornography pictures on his government-issued computer. Abdo vowed to fight this charge and impugned the army’s motives (“It has been nearly 10 months since the investigation started and I am only now being charged with child pornography when my C.O. claim is approved. I think that all sounds pretty fishy”).

On June 15, the Article 32 hearing recommended Abdo be court-martialed for the illegal pornography. On July 4, he went AWOL (absent without leave) from the 101st Airborne Division at Fort Campbell, Kentucky. On July 27, he turned up at Guns Galore, a munitions shop in Killeen, Texas, near Ft. Hood, where he bought weapons, ammunition, and bomb-making materials. He also purchased a uniform with Ft. Hood patches from a military surplus store.

When the police arrested him later that day, an FBI press release recounts, “Abdo was in possession of a .40 caliber handgun, ammunition, an article [from Inspire, Al-Qaeda’s English-language magazine] entitled ‘Make a bomb in the kitchen of your Mom,’ as well as bomb-making components, including six bottles of smokeless gunpowder, shotgun shells, shotgun pellets, two clocks, two spools of auto wire, an electric drill and two pressure cookers.” Those materials in Abdo’s possession corresponded precisely to the “ingredients” listed in theInspire magazine article on bomb-making. 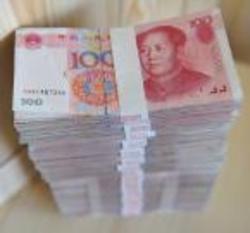 Abdo admitted to the FBI that he “planned to assemble two bombs in the hotel room using gun powder and shrapnel packed into pressure cookers to detonate inside an unspecified restaurant frequented by soldiers from Fort Hood.”

What were his motives?

Two stand out: he confessed planning to kill soldiers to “get even” with the military, presumably because of the court martial. But his larger goal was Islamist. He spouted off about “Islamophobia,” commended CAIR, made anti-American statements, and declared he could not kill fellow Muslims. His backpack contained what one law enforcement official called “Islamic extremist literature.” Guns Galore is the same store where Maj. Nidal Hasan bought the weapons he used to kill 14 at Ft. Hood in November 2009. In court, Abdo yelled out “Nidal Hasan – Fort Hood 2009” and “Anwar al-Awlaki” (Hasan’s Al-Qaeda spiritual guide). He also screamed “Abeer al-Janabi – Iraq 2006,” the name of a girl gang-raped and murdered that year by U.S. soldiers. 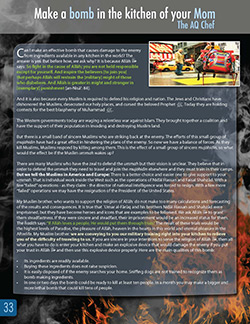 This case highlights a profound issue: Is Islam incompatible with serving in the U.S. government? Abdo’s C.O. claim and his would-be terrorism in opposite but complementary ways argue for their incompatibility. The U.S. Army tacitly accepted his point on granting him C.O. status,, a decision perhaps influenced by repeated Muslim attacks on the U.S. military, including Sgt. Hasan Akbar‘s fragging attack in Kuwait, Hasan‘s Ft. Hood rampage, and Abdulhakim Mujahid Muhammad‘s assault on a military recruiting center in Arkansas.

This Abdo-army consensus has vast implications for Islam in America, suggesting that Muslims cannot be loyal citizens and constitute a fifth column. I disagree: Muslims can be patriotic Americans and exemplary soldiers. That said, the Abdo case once again points to the need for additional scrutiny of Muslims, whether serving in government or boarding aircraft. It’s unfortunate, it’s distasteful, but the common security demands no less.