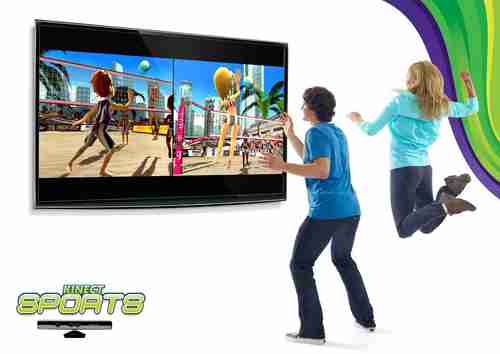 South Korea’s military is using Kinect, the motion-sensing softwarethat Microsoft uses in its X-Box game controllers, to guard the155-mile long demilitarized zone (DMZ) separating South and NorthKorea. The DMZ was established in 1954 as part of the armistice thatended the Korean war. It’s called a “no-man’s land,” because it’sheavily fortified with fences and landmines.

The Kinect technology was originally developed for Microsoft byKo Jae-Kwan of Saewan Co., and the South Korean militaryis using it because it’s better than any of the sensors theyhad previously been using. According to Ko:

“Existing sensors, which had been in place along theborder, were highly efficient but could not tell the differencebetween humans and animals, sending wrong signalsfrequently.”

The South Korean military has been embarrassed in the past by highlypublicized incidents of undetected border crossings, including thecase in 2012 when a defecting North Korean soldier simply walkedundetected across the border and knocked on the door of a guard post.AFP

Reports out of Pakistan indicate that Saudi Arabia has askedPakistan to dispatch 30,000 troops to the Kingdom as partof a bilateral defense agreement that’s currently beingformulated in a flurry of visits and meetings betweendefense and military officials from the two countries.Pakistan’s prime ministerNawaz Sharif said:

“In view of current challenges, there is a need tofurther strengthen defense cooperation between the two countriesand a new era of strategic relationship needs tostart.”

The particular “current challenges” facing Saudi Arabia and Pakistanare the rise of Iran, and Iran’s rapprochement with the United States.Both countries fear that Iran will develop nuclear weapons and that,in the end, the West will do nothing to prevent it. Indeed, one ofthe jobs of the Pakistani troops will be military training for theSaudi army, a function that was formerly performed by American troops.

In 2008, Iran was our bitter enemy, and Saudi Arabia was our closeally. It was in 2008 that I first wrote, based on a GenerationalDynamics analysis, that in the coming Clash of Civilizations worldwar, Iran would be allied with the West, while Saudi Arabia andPakistan would be allied with China. (See “China ‘betrays’ Iran, as internal problems in both countries mount” from 2008.)

During the last six years, it’s been very interesting to see how SaudiArabia has moved away from the U.S., while Iran is moving closer tothe U.S. The hardline survivors of Iran’s 1979 Great IslamicRevolution have been retiring and dying, leaving behind youngergenerations that like the West, and have no particular animus againstIsrael. In Pakistan, on the other hand, the people are increasinglyhostile to the United States and to India. MEMRI andThe National (UAE)

Iran calls al-Qaeda the ‘the Saudi-US lovechild of terrorism’

Iran sees the growing accord between Saudi Arabia and Pakistan as athreat to Iran and to Shia Muslims in general, and uses the usualaward-winning talking point of blaming the U.S. for everything toexpress its anger.

Iran itself has been targeted by al-Qaeda linked Jundullah (Soldiersof God), which has perpetrated major attacks on Shia mosques andRevolutionary Guard stations in southeastern Iran. Another al-Qaedalinked group, Lashkar-e-Jhangvi (LeJ), wants to exterminate all Shiasand Hazaras in Pakistan. According to the head of a Shiapolitical organization in Pakistan:

“Not one day passes without a martyr falling inKarachi, in Peshawar, in all Pakistani cities. If we have thirtydays in a month, we have more than 100 martyrs every month. Andthey are being killed by the Saudi support. Saudi Arabia issupporting those who are behind these attacks.”

Iran has developed a narrative that blames all terrorism in theMideast on America’s support for Afghan and Pakistani troops that werefighting against Russian troops in Afghanistan in the 1980s.According to Iranian analyst Dr. Ismail Salami, al-Qaeda is the “lovechild of terror” spawned by Saudi Arabia and America:

“Originally established by Washington in Afghanistanduring the military occupation of the country by Soviet Union, itwas called al-Qaeda, meaning ‘base’. Soon, the group was expandedunder the aegis of the CIA and Saudi-funded Pakistani intelligenceagency (ISI) in order to oust the Soviet forces from the regionand safeguard the interests of the US government.

Following a secret long-term agenda, Washington recruitedmilitants from different parts of the region includingAfghanistan, Saudi Arabia, Pakistan, Jordan, Yemen and centralAsian countries with the ultimate goal of disseminating andinstilling an ideology of perversion in the name of Islam in theworld. …

In the final analysis, the center cannot hold and the Saudi-USlovechild of terrorism is running amuck and fallingapart.”

I have to say that’s quite a fanciful narrative, though no morefanciful than some of the things you hear from the New York Times orNBC News. Ahlul Bayt News Agency (Iran) and Press TV (Iran)