The newly created Islamic Caliphate that spans Syria and Iraq, which is ruled under the Islamic State of Iraq and al-Sham (ISIS), has continued its provocation of the United States and President Barack Obama.

In ISIS’s most recent high definition English-language video, produced by Al-Hayat media (ISIS’s jihadi media enterprise), an ISIS militant laughingly asked President Obama on a megaphone, “Obama, did you prepare diapers for your soldiers?” The jihadi was then seen driving around with his fellow ISIS comrades in an American-made Ford F-350, modified into a police truck. 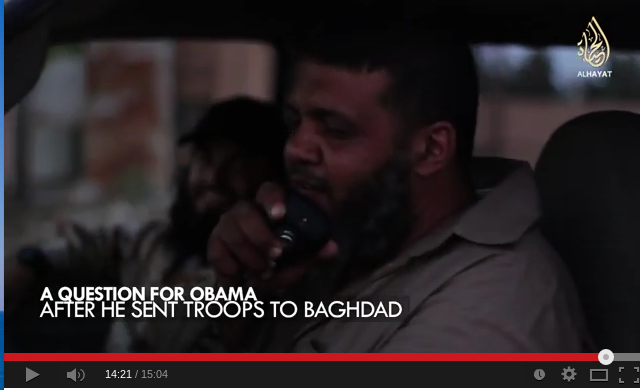 Further provoking the U.S., an ISIS militant said in the video, “Look how much money America spends to fight Islam, and it just ends up in our pockets.”

The video ends with the text, “And then there will be khilafah (Caliphate) upon the prophetic methodology.”

The production was uploaded to YouTube under a series of videos, which were titled “ISIS: The end of Sykes-Picot.” 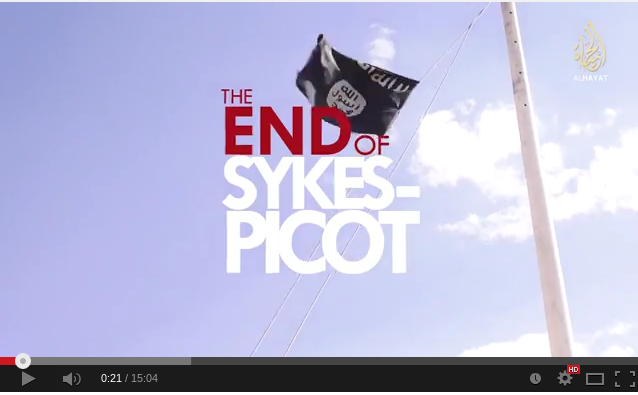 The Sykes-Picot agreement was a 1916 treaty between the UK and France, with the consent of Russia, to split up the Middle East should the Triple Entente succeed in defeating the Ottoman Empire in World War I. Britain was given control of the area between the Mediterranean Sea and the Jordan River, Jordan, and Southern Iraq. France was allocated control over southern Turkey, northern Iraq, Syria, and Lebanon. Russia was to receive Istanbul, the Turkish Straits, and some provinces controlled by the Ottoman Empire. The following map shows how independent Middle Eastern states formed in the 20th century after breaking away from colonial rule post-Sykes-Picot: 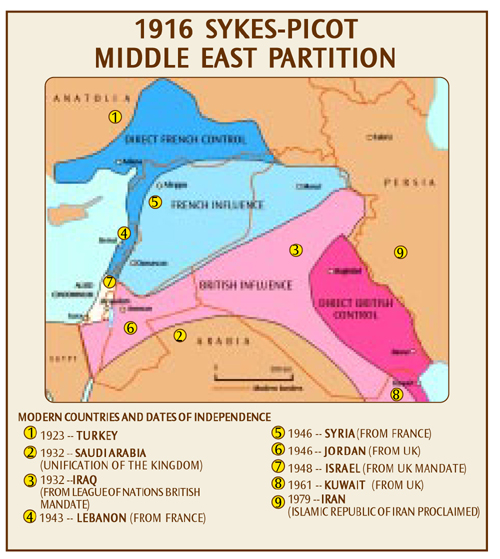