On Saturday, an Israeli airstrike hit a Gaza mosque along with a disabled persons center suspected of harboring Hamas terrorists and their weapons. The IDF said the mosque was being used as a storage facility for rocket barrages into Israel.

The Israeli Defense Forces released a video documenting how Hamas had setup a rocket launching site just a few feet from a Gaza school. 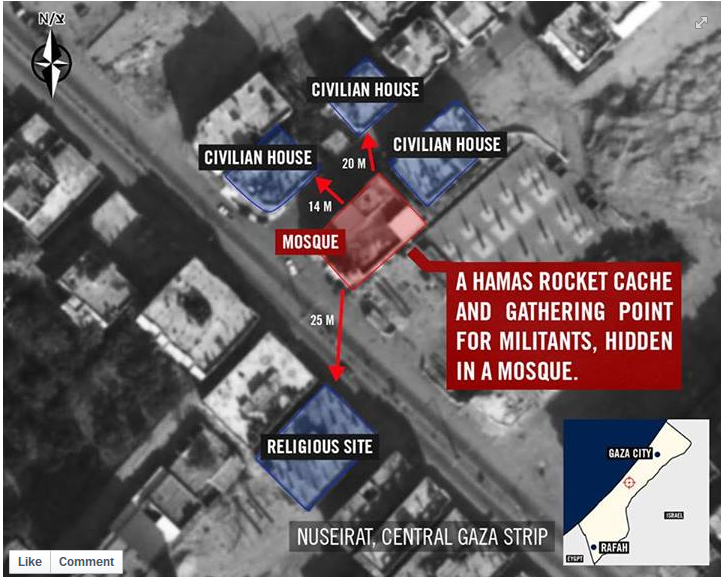 “Hamas terrorists systematically exploit and choose to put Palestinians in Gaza in harm’s way and continue to locate their positions among civilian areas and mosques, proving once more their disregard for human life and holy sites,” said an IDF spokesperson.

In a clearly-defined contrast in morality, Israel released a video showing a planned airstrike that was called off when the pilot realized that children may have been within range of his target. Hamas, however, continues to openly boast about how they have encouraged Gazan civilians to sacrifice themselves as human shields. 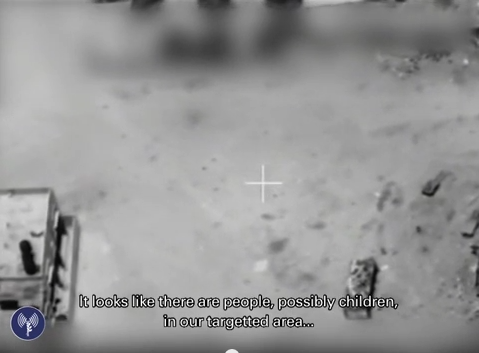 Israeli Defense Minister Moshe Yaalon said Saturday that Jerusalem was prepared to continue pushing forward until the threat from Hamas is eliminated. “We have accumulated achievements as far as the price Hamas is paying and we are continuing to destroy significant targets of it and other terror organizations. We will continue to punish it until quiet and security returns to southern Israel and the rest of the country,” said the Defense Minister. 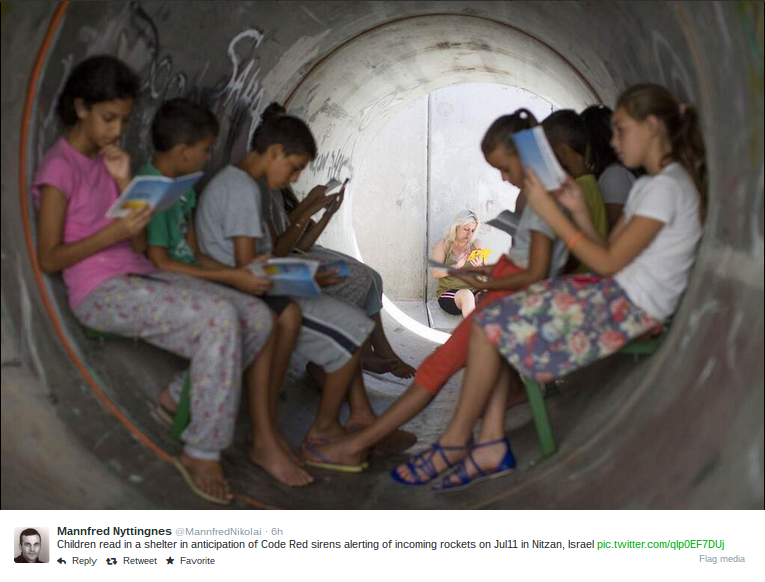 Israel remains under constant bombardment from Hamas terrorists. Between 4 AM and 4 PM local time Saturday, Hamas launched approximately 36 separate rocket attacks into Israel. Two Israelis were hurt after a rocket crashed into their home in the Israel-Gaza border town of Netivot. Since Operation Protective Edge was initiated, Hamas has launched roughly 700 rockets into Israel.

The U.S. Embassy in Tel Aviv has pulled much of its personnel assigned to Be’er Sheva, located about 25 miles from Gaza, and has relocated them north to Herzliya, which is said to be the capital of Israel’s high-tech sector. Herzliya, nicknamed “Silicon Wadi” (Silicon Valley), houses many tech giants such as HP, IBM, Microsoft, Motorola, and Sun Microsystems.

Foreign ministers from Arab League countries are said to be holding an “emergency” meeting in Cairo to discuss the ongoing Israel-Hamas conflict, according to Arab League chief Nabil al-Arabi. He said Kuwait had requested the convening of the Arab countries.