Official Islamic State media entities have been promoting a video titled “School of Jihad,” which shows children, some younger than ten, being taught how to behead and torture “infidels” and learning how to properly handle automatic rifles. 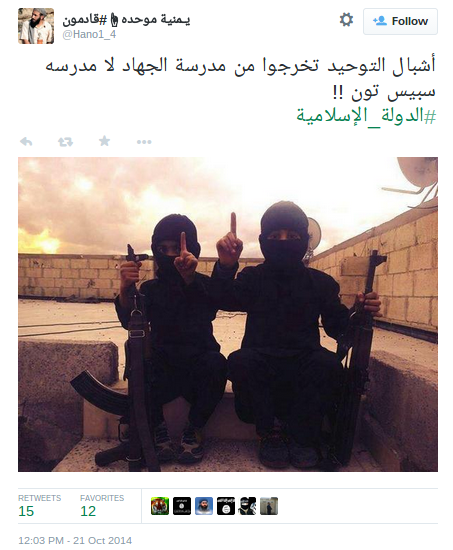 One of several official media wings of the Islamic State reportedly produced the jihadist video, which shows children varying in age from eight to fifteen, who are attending the “School of Jihad” graduation ceremony. 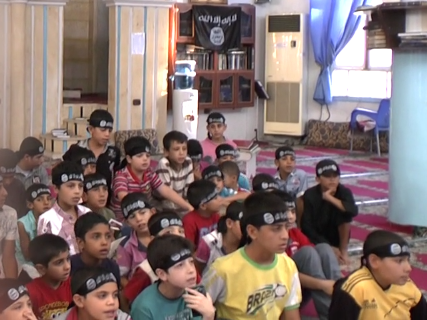 The UN has recently announced that it found evidence of the Islamic State establishing “training camps to recruit children into armed roles under the guise of education,” the UK’s Independent reports. At the camps, the children recruited received weapons training and religious education.” Additionally, the UN noted that “the existence of such camps seems to indicate that ISIS systematically provides weapons training for children. Subsequently, they were deployed in active combat during military operations, including suicide-bombing missions.” 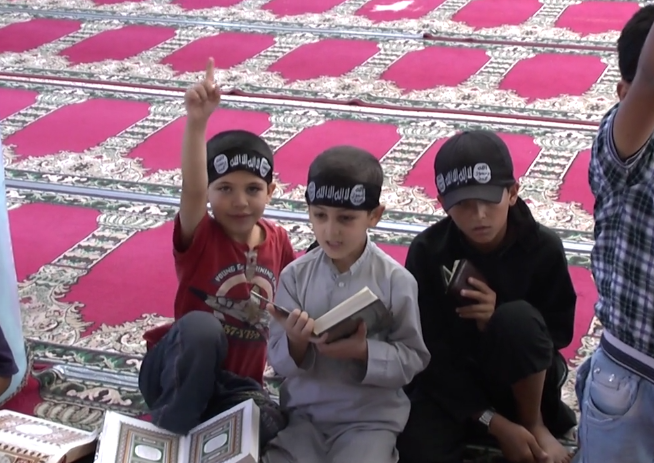 Kristyan Benedict of Amnesty International told The Independent regarding the video:

The sight of armed and masked men on stage “educating” young boys is obviously a distressing one. These supposedly “inspirational” videos are actually fresh evidence that ISIS is cruelly robbing an untold number of young people of their childhood, brainwashing them and almost certainly exposing them to terrible dangers.

Children should never be involved in the fighting in Syria and Iraq – or anywhere else for that matter – even if they volunteer, and even if they’re acting in an auxiliary capacity such as delivering messages or other non-combat tasks. International law clearly prohibits the deployment of child soldiers and where Isis have used under-age fighters it’s just one more crime to add to the charge-sheet against them.