Darfur on verge of return to full-scale civil war

There are 2 million people in Darfur refugee camps

I’ve been following the genocide in Darfur, the western region of Sudan, since it became worldwide news in 2004, and it’s been an interesting case study for Generational Dynamics. The genocide has sometimes been called “Everybody’s favorite African war,” since George Clooney and other movie stars– and politicians like Susan Rice, Nancy Pelosi and Joe Biden– have all made “Stop the genocide” and “Save Darfur” and “Enough is enough” part of a very stylish and progressive do-good campaign.

What I wrote over and over since 2004 is that Darfur was experiencing a generational crisis war, and that the war was a force of nature that could not be stopped until it reached a climax.

Low-level violence began in the 1970s between two ethnic groups, one of farmers (the “Africans”) and the other of camel herders (the “Arabs”). At that time, disputes over land and water were resolved by the village elders, but by the 2000s, the elders had all disappeared, and the younger generations were more interested in confrontation than mediation. During the 1990s, Sudan’s government in Khartoum delegated the responsibility of policing the region to the Arab Janjaweed militia, formed from certain groups of herders. This was an ideal solution to Khartoum, since it meant that the “African” and “Arab” Darfuris would have to solve problems themselves, and Khartoum would stay out of it. During the early 2000s, a series of incidents escalated the violence, until the conflict became a generational crisis war in 2003. (A more detailed history can be found in my 2007 article, “Ban Ki Moon blames Darfur genocide on global warming”). At that point, the Janjaweed militias (herders) became extremely violent, with a program of massacres, mass murders, rapes, genocide and scorched earth.

Starting in 2006, the United Nations mounted an expensive, high profile peacekeeping operating, with 20,000 blue-helmeted soldiers on the ground at its peak. The peacekeepers rounded up all the hundreds of thousands of displaced people, and herded them into enormous refugee camps, where they were still exposed to attacks by the Janjaweeds. Since then, the budget for the UN peacekeeping force has been dwindling, as have the number of peacekeeping soldiers, though it still costs $1.4 billion per year.

Now Sudan’s government in Khartoum, backed by China, is demanding that the UN shrink the peacekeeping force even more, or even eliminate it completely. This is despite the fact that the massacres and rapes by the Janjaweeds are continuing, with hundreds of thousands of people displaced in 2014 alone, and with more than 2 million people in refugee camps. With the peacekeeping forces out of the way, as Sudan and China demand, then the Janjaweeds will be free to complete their mission of mass slaughter of millions of refugees.

In 2004, I wrote that the Darfur war is a generational crisis war that is a force of nature and can’t be stopped any more than a tsunami can be stopped. George Clooney has gone home, and Susan Rice has gone on to other causes. After ten years, the tsunami is finally reaching shore. AP and International Business Times and NY Times

The number of migrants fleeing from Syria, Eritrea and northern Africa continues to surge. Supposedly, the European Union was to be responsible for patrolling the Mediterranean shores for migrants, but in practice that responsibility has continued to fall to Italy’s navy. Over the Christmas period, the navy picked up a total of 2,300 people. About 165,000 people have made the crossing in 2014, compared to 60,000 in 2013.

Most migrants leave from Libya, where they are charged several thousand dollars by migrant smugglers to make the trip. The migrants are crammed into poorly maintained vessels, sometimes no more than inflatable dinghies. However, traffickers are increasingly switching to a new tactic: They simply have to get the vessel out into the open water in the Mediterranean Sea, and hope that the migrants will be picked up by Italy’s navy or by passing merchant ships which are obliged, under the law of the sea, to respond to distress calls. AFP and VOA

America and North Korea accuse each other of internet hacking 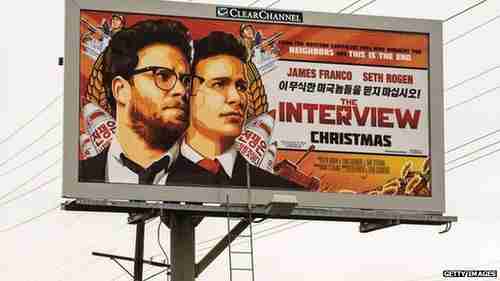 The situation now is that both America and North Korea have hardened positions, each blaming the other for a fairly substantial cyber attack. It remains to be see whether these mutual accusations will settle down or escalate. BBC