Western jihadists in the Islamic State (ISIS), seemingly nostalgic for the comfort of the infidel lifestyle, have begun posting photos to social media of Western treats such as Burger King and Pringles, smuggled in from Turkey with future jihadists.

Twitter user @Jannahtai1 expressed pure delight when his friend brought him a Whopper from Burger King. 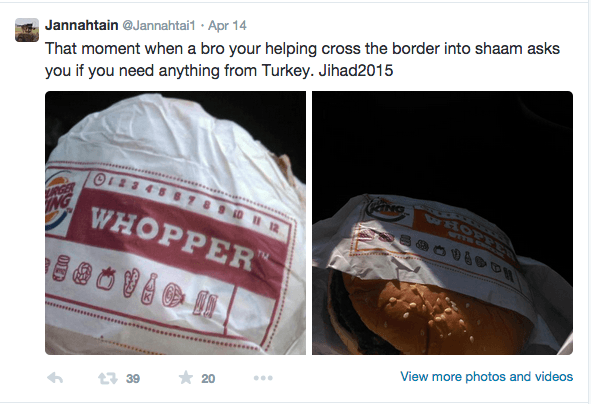 He was also thrilled when another friend brought him Pringles and Oreos. 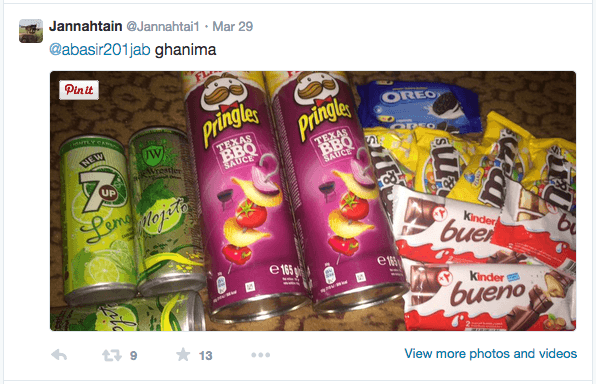 Other accounts quickly noticed the hypocrisy.

These accounts are suspended, but the owners showed off McDonald’s and cappuccinos. 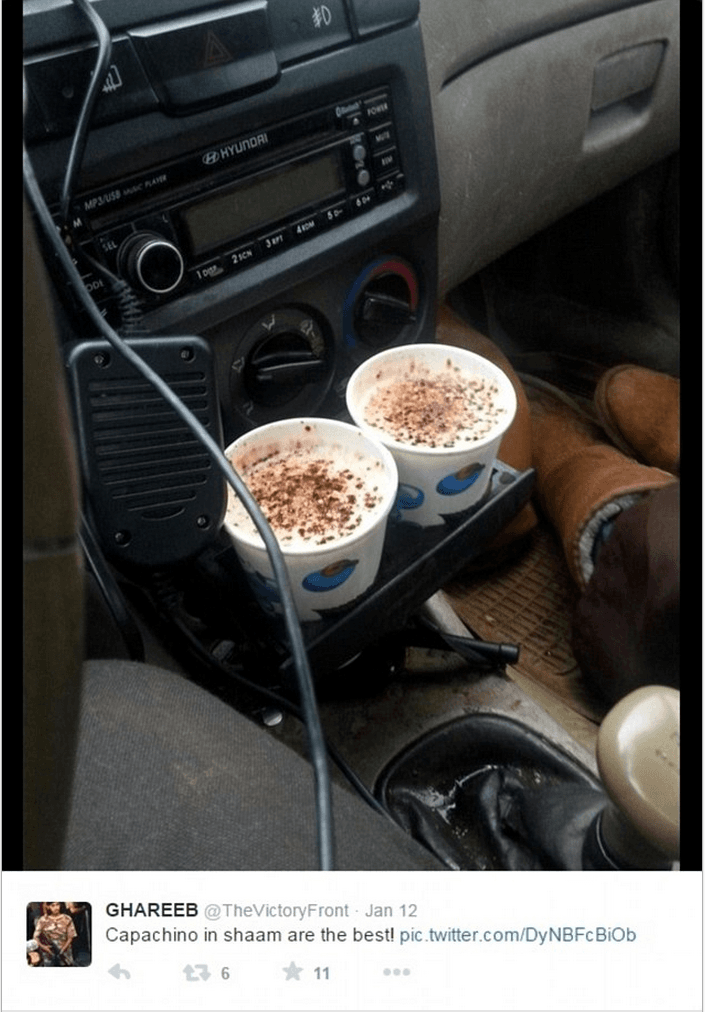 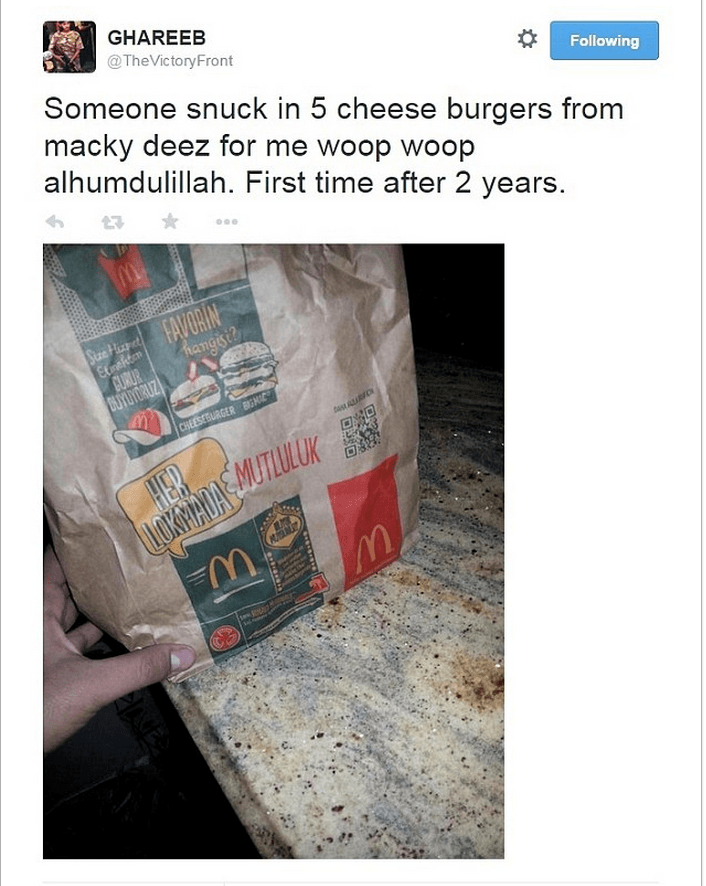 These ISIS fighters claim to hate and despise the West, but few can live without the little things they once took for granted. In November, Financial Times reported that ISIS forced shopkeepers to stock up on Western junk food.

“These snacks were either unknown, or luxuries we couldn’t afford. … But when the fighters requested them, I didn’t ask questions,” explained one shopkeeper. “I ran to my supplier and placed an order. Pringles and Snickers? Isis guys buy those by the box to share at the front.”

Another shop made sure to offer the fighters the top smartphones.

“We even have the iPhone 6 in Deir Ezzor,” claimed another shopkeeper. “The ISIS guys, especially ones from the Gulf, are obsessed with mobiles. Every time a model comes out, they trade in their old one and buy the newest thing. If they don’t bring a local [to the shop], you can add another 30 to 40 dollars. Maybe even more.”

In February, the Daily Mail reported that ISIS allowed Big Burger to remain open in Mosul since it allows the fighters to satisfy their need for Western fast food. The joint serves hamburgers, chicken sandwiches, and French fries, along with Coca-Cola products.