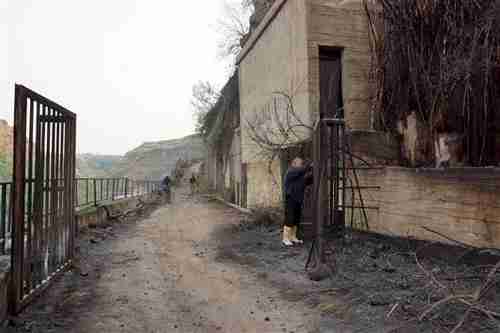 As we have been reporting since April, the army of Syria’s president Bashar al-Assad has been increasingly showing signs of collapse, losing one major city after another either to the Islamic State (IS or ISIS or ISIL or Daesh) or to the al-Qaeda linked Jabhat al-Nusra (al-Nusra Front). The collapse has become so serious that even Russia is considering ending support for al-Assad, as we reported a few days ago.

Al-Assad has been mostly relying on fighters from Hezbollah, but even Hezbollah has been suffering substantial losses, between 700 and 2000 fighters, according to reports. Hezbollah claims that its purpose is to be the army of “resistance” against Israel, but the disastrous situation in Syria has forced Hezbollah to transfer hundreds of fighters from the border with Israel into the fight in Syria.

But now in a major escalation in the (proxy) war in Syria, Iran is planning to deploy tens of thousands of troops in Syria to prevent the fall of al-Assad. 15,000 to 20,000 troops are already being sent to the region around Idlib, and up to 50,000 are reportedly on the way.

Iran has a second objective in deploying troops to Syria. They want results by the end of the month (June), because that is the deadline for a nuclear agreement with the United States and the West. They believe that they will get a better nuclear deal by scoring a win in Syria. It would also improve Tehran’s leverage on negotiations with other parties after the nuclear deal is completed.

Gen. Qassam Soleimani, the commander of Iran’s elite Quds force, whom ISIS humiliatingly defeated in the battle of Tikrit Iraq a couple of months ago, promised a “surprise”:

The world will be surprised by what we and the Syrian military leadership are preparing for the coming days.

Soleimani made the statement during a secret trip to Idlib, where he determined that Syria’s army made numerous operational errors, resulting in a loss to al-Nusra. YNet and Daily Star (Beirut)

The purpose of a new agreement between Iran and Syria, which may involve invoking a 2006 mutual defense pact between the two countries, is to allow tens of thousands of Iran’s soldiers to prevent ISIS and al-Nusra from cutting off the corridor between Damascus and Syria’s coastal region.

According to a report by Saudi-based al-Arabiya:

Iran must send 50,000 soldiers from the infantry force to Syria to manage the war there and prevent the fall of the Assad regime, which has begun to collapse recently.

Iran must preserve the vital corridor [connecting] Damascus to Latakia, Tartous and the Lebanese border.

[Any] delay by Iran in [implementing] this pre-emptive action will cause the fall of Damascus airport, which in turn [means] the severing of the essential communication and supply line Iran [uses] to assist the Syrian regime.

Ironically, al-Assad is agreeing to this deployment of Iranian soldiers because he has no choice. He has opposed the establishment of any Iranian bases in Syria, because he knows that once Iran has a military base in Syria, it will not be long before Iran is in charge of the whole country.

Long-time readers are aware that Generational Dynamics predicts a major war engulfing the entire Mideast. Since last year, we have been reporting that ISIS and other terror groups are not fighting Christians and Jews; they have been overwhelmingly fighting other Muslims, with the number of Christians and Jews killed by Muslims being a minuscule amount compared to the number of Muslims being killed by other Muslims.

With wars in Syria, Iraq, Yemen and Libya, the entire Mideast is increasingly in flames. A major military deployment by Iran in Syria would substantially inflame the Shia-Sunni fault line in the Mideast, and would cause the Saudis and other Gulf Arab nations to prepare for further military action. Now Lebanon and Debka and AFP (2006)

Greece and Europeans fail once again to reach an agreement

Although Greece was due to make a 300 million euro debt payment to the International Monetary Fund (IMF) on Friday, I wrote a few days ago that Greece will NOT go bankrupt on Friday. The reason is that analysts were predicting that Greece would take advantage of a loophole that allows Greece to postpone the payment to the end of the month. Greece exercised that loophole on Thursday, and Friday’s payment will be bundled together with three others, and now Greece will have to pay 1.6 billion euros to the IMF at the end of the month. Greece’s PM Alexis Tsipras, in his usual pretense of normality, said that there will be no problem making the payment, though almost no one believes him.

Tsipras was in Brussels on Thursday, meeting with IMF and European officials. The meeting ended in failure, though both sides said that it had been “constructive.”

In the past, Tsipras has refused to agree to any of these. But there’s now evidence from leaked documents that the Tsipras is beginning to back down. He appears to have given ground on privatizing public businesses, and he seems willing to raise taxes and cut pensions, at least by a small amount. However, Tsipras is still insisting on implementing a huge minimum wage increase, undoing a cut in the minimum wage from 2012.

However, Tsipras does not have a free hand in agreeing to the creditors’ terms. He’s facing a backlash from the far left in his own party, and his government may collapse if he meets too many of the Europeans’ demands. Greek Reporter and Kathimerini and Economist