Funerals began Thursday for the first of 14 victims of the San Bernardino terror attacks. Approximately a dozen funerals, memorials and burials are set to take place over the next week.

On Thursday, a funeral was held for 27-year-old Yvette Velasco, the youngest daughter in a family of four sisters, a mother and a father. “She was more than our sister,” Velasco’s sister, Erica Porteous, 37, told Southern California Public Radio (SCPR). “She was our soul mate.” 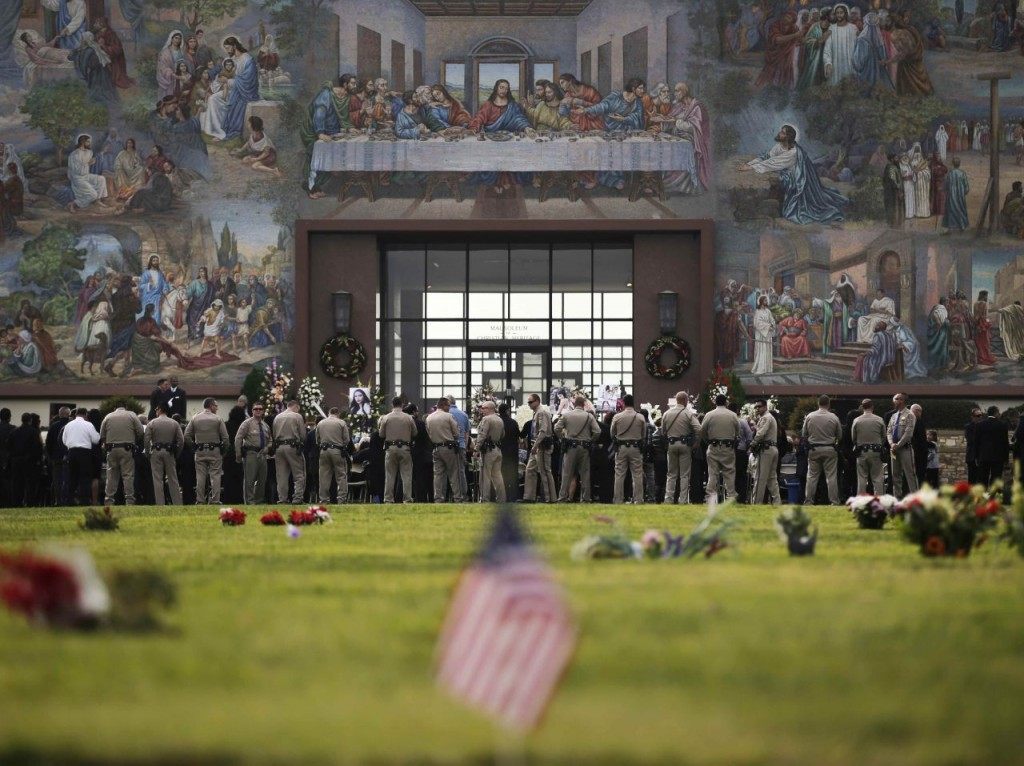 At her funeral Thursday, former colleagues recalled a petite Velasco determinedly driving enormous trucks, setting smelly mosquito traps and lifting heavy bags in spite of her small frame. Her sisters remembered her as the one they went to for advice, even though she was the youngest, because she offered a sound opinion and did not judge. Their father somberly kissed his daughter’s casket and with his wife, tearfully released one white dove into the sky.

Services for Harry “Hal” Bowman, Juan Espinoza and Larry Daniel Kaufman are private. A Friday funeral for Damian Meins will take place at St. Catherine of Alexandria Church in Riverside and a wake will be held for Tin Nguyen between 10 and 11 a.m. that same day at the Peek Family Funeral Home in Westminister.

Radical Islamists Syed Rizwan Farook and Tashfeen Malik carried out the terror attack during a holiday party last week at the Inland Regional Center, which left 14 dead and 21 people injured.

The Press Enterprise has provided a list of funerals and masses for the victims of last week’s shooting. It can be found here.