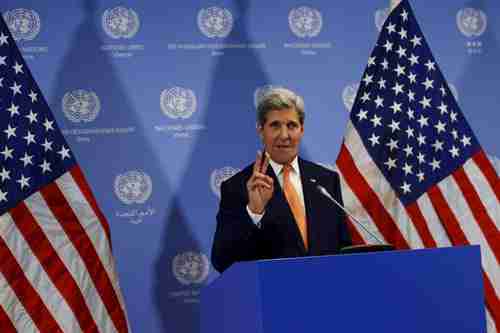 Not only have all the above “peace talks” been total failures, so have several previous attempts at Syrian peace talks.

Let’s recall that in March 2012, the vitriolicly anti-American former United Nations Secretary-General Kofi Annan headed up the effort to bring peace to Syria. At that time, al-Assad had already massacred thousands of Sunni women and children as punishment for peaceful protesting, and only a few thousand refugees had already fled to Turkey. Bashar al-Assad made a fool of Kofi Annan by promising that he would make an “honest effort” to achieve peace in his country, at the same time that he was launching brutal attacks on civilians in Idlib.

At that time, I wrote “22-Mar-12 World View — U.N. Security Council adopts farcical ‘peace plan’ for Syria”. The terms of the 6-point peace plan were:

The whole “Syria commits” was a joke, since al-Assad honored no commitment. In fact, the whole peace plan was a joke. As I wrote in “3-Aug-12 World View — Kofi Annan resigns in failure as Syria envoy”, Annan was bitter and angry when he resigned, blaming his decision on what he described as Syrian government intransigence, on increasing militancy by Syrian rebels and on finger-pointing and name-calling by members of the United Nations Security Council.

In fact – and this is important – the whole “peace plan” was deceitful sham on the part of al-Assad. He continued to say that he was “honestly” working for peace when he had no intention of doing so, but continued his genocidal attacks on innocent Sunni women and children. He agreed to the “peace process” so that his acolytes in the press and online would keep supporting him and lying for him as he slaughtered more and more innocent people. The “peace process” also provided cover for Iran and Russia to continue supplying billions of dollars of weapons to the al-Assad regime for use in slaughter of innocent women and children; and it provided cover for the U.S. and Britain and France and Turkey to do nothing, since doing something might harm the “peace process.” After Annan resigned, Lakhdar Brahimi took over as U.N. and Arab League envoy to the “peace process,” but to no avail.

That whole “peace process” was a deceitful sham by Syria, Russia and Iran that allowed them to completely humiliate that total fool, Kofi Annan.

The Three Satans of the modern world are Syria’s Bashar al-Assad, Russia’s Vladimir Putin, and Iran’s Seyed Ali Khamenei. These Three Satans are entirely to blame for the following:

These Three Satans have done an almost unbelievable amount of damage to the world, and now John Kerry is going to be “negotiating” with them. This ought to be sickening.

Here is how I described the “Geneva-II” peace conference led by Lakhdar Brahimi, when I wrote about in January 2014: In the mornings, both sides are in the same room with Brahimi. The two sides are in the same room, but they do not talk to each other. Each of them talks only to Brahimi. The purpose of the morning sessions is to discuss the agenda for the afternoon sessions. In the afternoon sessions, the two sides are in different rooms, and Brahimi goes back and forth between the rooms, like Henry Kissinger’s “shuttle diplomacy.”

Well, I didn’t know it at the time, but there is a phrase to describe this kind of peace talks. They’re called “proximity talks,” as opposed to “face to face talks,” because the two sides are in different rooms.

The proximity talks were supposed to begin today (Monday), but they could not because there is no agreement on who will represent the anti-Assad “rebels.” Russia already controls the al-Assad side, and apparently wants to control the “rebel” side as well. Apparently, none of the “rebel” groups wants to take part in the talks, because they realize that they are only a farce that will be used as a fig leaf to allow al-Assad and the Russians and Iranians to continue the war and then blame the “rebels” for violating the “peace process.”

According to news reports, John Kerry has announced a “breakthrough” and a “compromise.” Apparently, a delegation of Kurds will also take part in the negotiations, which is one of the demands of the Russians, who are allied with the Kurds. This will be in addition to a “rebel” group favored by Kerry. The news reports do not indicate whether the Kurds will be in the same room as the al-Assad negotiators, or in the same room as the “rebels,” or in a third room all by themselves. In the latter case, Kerry will have to go from room to room to room, instead of just from room to room. That is the way “proximity talks” work.

Actually, the word “negotiations” is already a joke, since the Syrians are already saying that they have no intention of negotiating. Before the active intervention by Russia, the al-Assad regime was losing more and more territory, and his army was near collapse. But now, thanks to the massive Russian bombing campaign on homes and neighborhoods of civilians supporting the “rebels,” the al-Assad regime is doing a lot better, and believes that it has no reason to negotiate.

In remarks published on Sunday by Hilal al-Hilal, a senior official in al-Assad’s ruling Baath party:

We are not going to give today what we did not give over the past five years. This year will be the year of victory for Syria because of the heroic acts and sacrifices by its army and people.”

So what is the point of these “proximity talks”? They are just another scam by the Three Satans to cover up the massive disaster they’ve created.

Whenever I hear about a “political solution in Syria,” there are two questions that always immediately go through my mind.

The first question has to do with peaceful demonstrations. Even if there were some kind of political solution, what would al-Assad do if peaceful demonstrations began again? If he allowed them to go on, then it would prove to the world that his whole motivation for starting the war in 2011 was idiotic. So he would have to start bombing innocent Sunni women an children again, and the war would begin again.

The second question has to do with ISIS and with the al-Qaeda linked Jabhat al-Nusra (al-Nusra Front). They aren’t even going to be part of the non-negotiations in Switzerland. So what does Kerry think would happen to them if they were presented with some “political solution”?

Really, we have so many people living in Fantasyland these days, it’s no wonder that the world is on fire.

From the point of view of Generational Dynamics, this is a generational Crisis era, where the rules of diplomacy and mediation and compromise from the 1990s no longer apply. These “proximity talks” are a joke and a scam by the Three Satans, al-Assad, Putin, and Khamenei, who have already caused an enormous catastrophe, and have no intention of stopping now. Bloomberg and AP