Hundreds of members and allies of the U.S.-designated terrorist organization Jamaat-ud Dawa held funeral prayers across Pakistan for Mullah Akhtar Mansour, the late head of the Taliban killed by a U.S. drone strike this month.

The group organized its largest funeral ceremony for the Taliban leader in the city of Peshawar on Friday, according to the Associated Press, where 400 sympathizers congregated to burn American flags and recite Islamic prayers for Mansour. The AP notes that Jamaat-ud Dawa organized similar anti-American rallies in support of the Taliban in Quetta, Hyderabad, and Karachi.

Speaking to the Pakistani newspaper Dawn, which euphemistically referred to Jamaat-ud Dawa as “a self-proclaimed charity,” the group’s leader Ghazi Inamullah said the prayers were offered for the general public to participate in. The newspaper quotes other leaders of the terror group as giving public statements at these events condemning the United States for their continued attacks on jihadist organizations like the Taliban. One leader alleged that the drone strike against Mansour was an attempt to distracted from U.S. military failures against the Taliban, the Islamic State, and other jihadist groups operating in Afghanistan.

Dawn notes that the government of Pakistan has also placed Jamaat-ud Dawa on its list of illegal organizations, as it is considered a wing of a larger jihadi network. 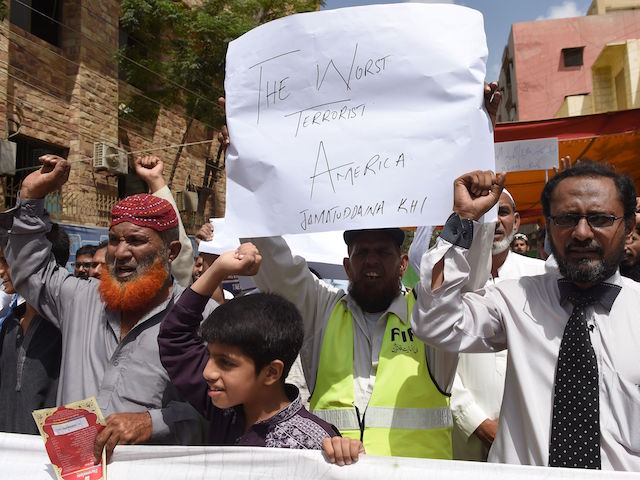 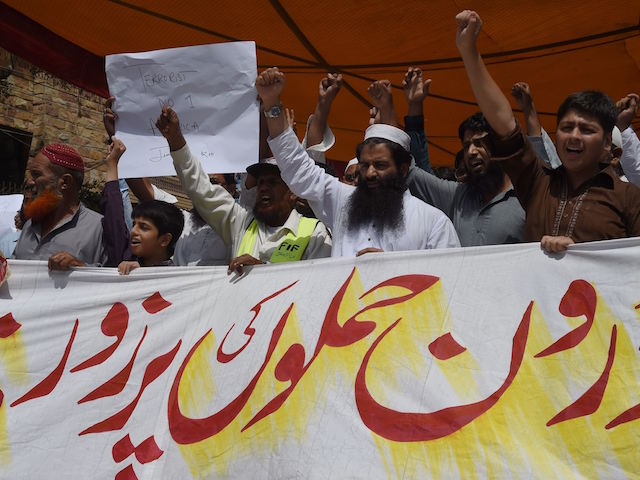 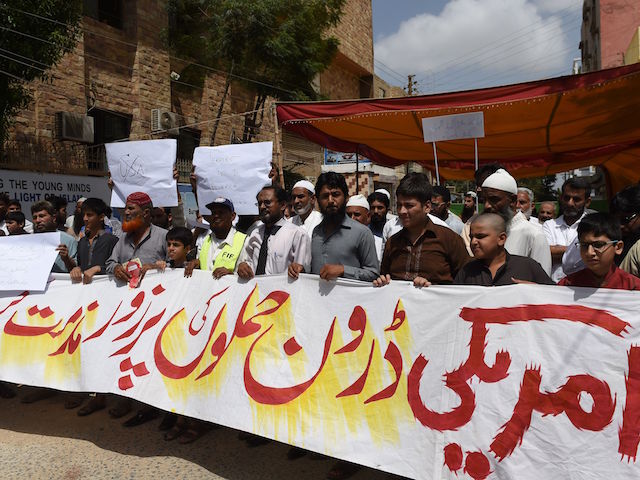 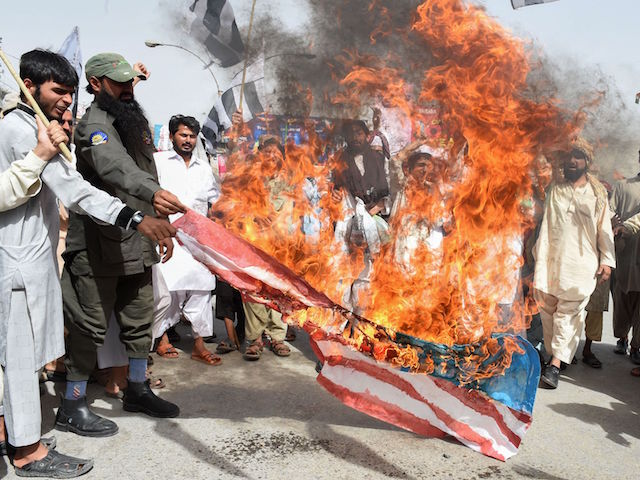 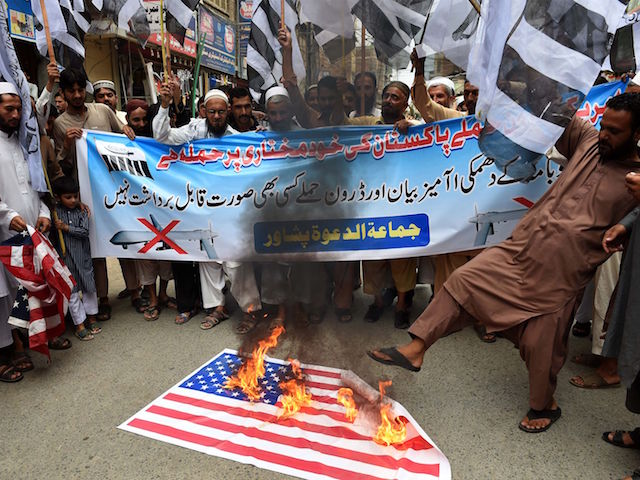 Mansour was killed in rural Pakistan; Pakistani authorities have protested to the U.S. government that they were not made aware of the impending military action, agreeing with Jamaat-ud Dawa that the strike violated the nation’s sovereignty. “Pakistan wishes to once again state that the drone attack was a violation of its sovereignty, an issue which has been raised with the United States in the past as well,” a statement from the Pakistani foreign ministry read shortly after confirmation of Mansour’s death. The government of Pakistan summoned America’s ambassador in Islamabad as a rebuke for the incident.

The Pakistani government has previously been open to listening to Jamaat-ud Dawa demands, even while acknowledging the group is part of a larger terror syndicate. In November, the government banned all broadcasters from covering the group, as well as 71 other “outlawed” organizations. “All satellite TV channels/FM radio licenses are therefore strictly directed not to give any kind of coverage to any proscribed organization, including Jamaat-ud-Dawa, Falah-i-Insaniat Foundation, Lashkar-e-Taiban,” Pakistan’s media watchdog group announced. Pakistan has also banned films at the behest of the group.

Following Mansour’s death, the Taliban announced the appointment of Mullah Haibatullah Akhundzada to run the organization. Akhundzada is a known radical cleric with no distinguishing military experience, a sign that the Taliban may be pivoting towards promoting its religious extremism among civilians more than preparing for battle with Afghan and Western powers. Following President Barack Obama’s announced of an end to wartime hostilities in Afghanistan, American soldiers are only allowed to attack the Taliban defensively, and rules of engagement prohibit scoping out and targeting Taliban strongholds without Americans suffering an attack first. There are no reliable estimates, within the Afghan military or America’s, of how many Afghan troops exist or are ready for battle.