Draped in her tricolor sash, Rome’s new mayor Virginia Raggi made her first public appearance Wednesday by visiting the Cathedral of Saint John Lateran to participate in the Jubilee for women and men engaged in public institutions and pass through the Holy Door.

Earlier Wednesday afternoon, President Francesco Oddi officially proclaimed Raggi the mayor of Rome in representation of the Central Election Office of the Court of Rome.

Asked by reporters about her priorities as mayor, Raggi responded that she would immediately address the issues that Rome’s citizens have asked for, namely transportation, clean-up of the city, transparency in public administration and the diminution of the city’s debt.

Once inside the cathedral Raggi attended the jubilee celebration of the Eucharist and passed through the Holy Door. 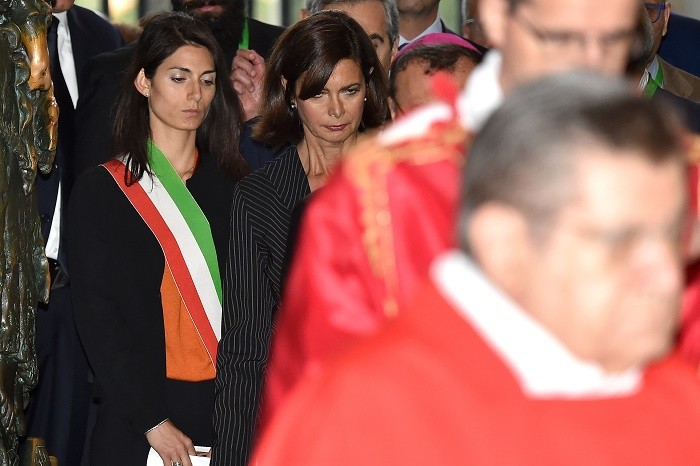 Raggi, from Italy’s Five Star Movement, won the runoff election Sunday by a landslide, beating her opponent from the Democratic Party (PD) by two to one.