Tensions rising between Pakistan and India over Kashmir issue 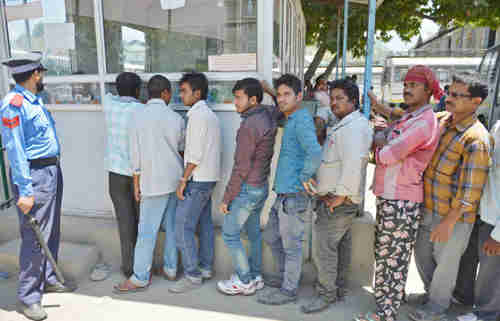 Tensions are rising palpably between Pakistan and India, with anti-India protests across Pakistan on Wednesday, protesting the ongoing violence in the Indian-governed Kashmir.

Violent clashes in Kashmir began on July 9, following the death on July 8 of Burhan Wani, 22, a 22-year-old commander in the separatist militia Hizbul Mujahideen (HM). Some 50 Kashmiris were killed and over 1,900 injured. About 600 were blinded for life, having been shot by the security forces with “non-lethal” pellet guns. After 12 days, Kashmir is paralyzed and the streets are deserted, as police and paramilitary soldiers in riot gear continue to enforce a strict curfew.

As I described in detail in “14-Jul-16 World View — Police clashes in India-governed Kashmir kill 36 and leaves thousands injured”, Pakistan and India, including Kashmir, are deep into a generational Crisis era. The last generational crisis war was Partition, the 1947 war that followed the partitioning of the Indian subcontinent into India and Pakistan, one of bloodiest wars of the 20th century. In the past, with survivors of that war still alive and still in power, no one wanted to see a repeat of the bloody 1947 war. But today, those survivors are almost gone, and the younger generations, with only limited, partial information about the horrors that occurred in that war, are headed for a repeat of the 1947 war.

Today we are observing Black Day to express solidarity with Kashmiris and are giving a strong message to the world that Pakistanis are with them (Kashmiris) for their struggle to get their rights.

India cannot suppress the voice of Kashmiris through force as they will eventually get freedom. The UN has declared Kashmir a disputed territory and India should hold plebiscite to respect the rights of Kashmiris. Terming Kashmir issue internal matter of India is not justifiable.

Many Indian officials believe that Pakistan is funding and supporting terrorism in Kashmir, which would not be surprising since India and Pakistan have found three wars over Kashmir.

India will be able to handle the situation but Pakistan will not be able to do that. You are committing suicide… We are saying this as a good neighbor. [It is] time to open your eyes. […]

When (Hizbul Mujahideen terrorist Burhan) Wani got killed, Pakistanis are observing ‘black day’ and they think we will accept it silently. We will not do that.

Akbar pointed out that when Pakistan suffered a major terror attack killing dozens of children in a school in Peshawar, Indians did not cheer the way that Pakistanis are cheering today. Press TV (Iran) and Saudi (Arabia) Journal and New Indian Express

Tens of thousands of demonstrators in cities across Pakistan — Karachi, Lahore, Peshawar, Multan, and others — took to the streets on Wednesday to protest against the ongoing violence in the Indian-governed Kashmir.

The leader of the protests in Lahore was Hafiz Saeed, leader of the terror group Lashkar-e-Toiba (LeT) at the time that LeT attack conducted the horrific ’26/11′ terrorist attack on Mumbai in November 2008, lead the public protests against India in Kashmir on Wednesday. Saeed is designated a terrorist by the U.S. government with a $10 million bounty on his head.

On Wednesday, Saeed said that Burhan Wani was a freedom fighter, and said his death would strengthen the jihad in Kashmir. Indian officials are furious that Pakistan has refused to prosecute Saeed. AP and Asian Age