CARACAS, Venezuela – Under the rule of charismatic revolutionary dictator Hugo Chávez, Venezuela positioned itself as the one of the world’s most prominent socialist “havens,” with Chávez regularly expressing an extremely hostile approach to what he described as ‘US imperialism.’

Yet three years after Chávez’s death, his anti-democratic legacy remains, whilst his socialist policies have left the country in crisis.

One of the most staggering things about Venezuela is its absurd rate of inflation. Whilst 1000 Bolivares could previously buy you a car, it now barely buys you a jar of Nutella. Transferring $100 into Venezuelan currency buys you stacks of money which has very little value. Whereas the maximum bill in America is $100, the maximum single bill is worth just under 10 cents. Next year, the country’s rate of inflation is expected to rise to 1,660%. 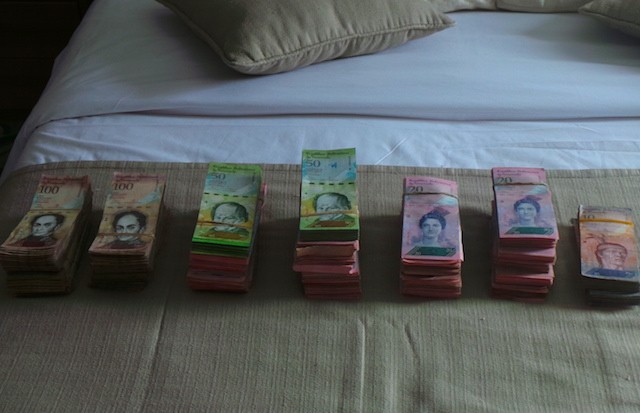 Mainly as a result of this hyper inflation, the country is now suffering from a chronic food crisis. Queues for food such as bread, milk and butter, as well goods such as shampoo can take hours. 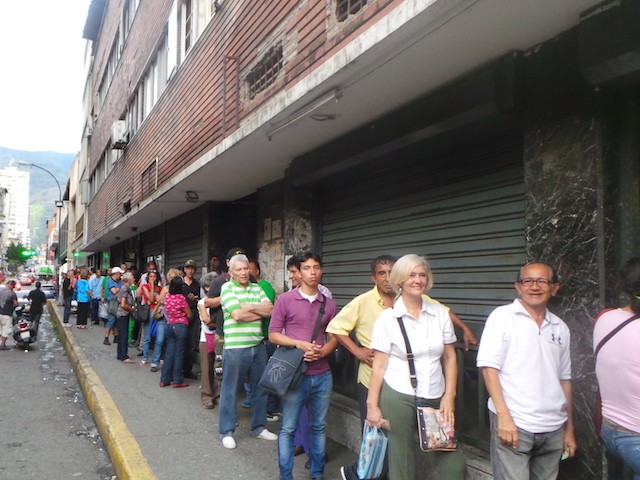 Supermarkets, generally run on the government’s belief in “self-sufficiency,” stock their shelves to the brim with unnecessary products such as men’s deodorant and children’s dolls, yet many aisles designed to store food remain empty. 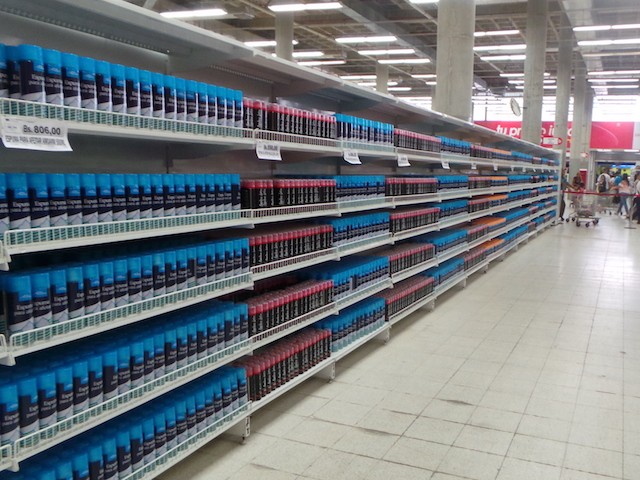 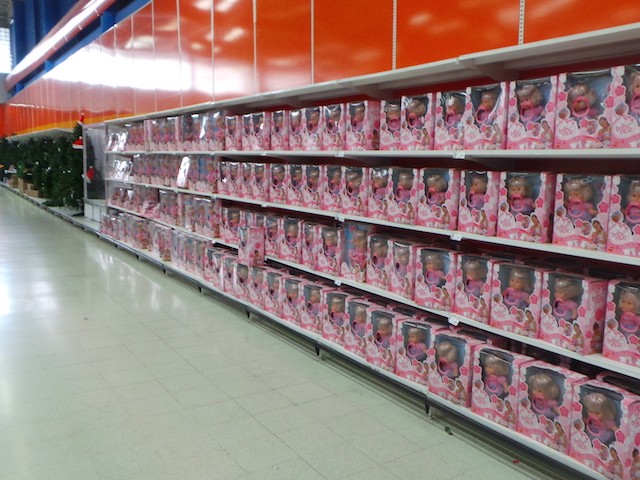 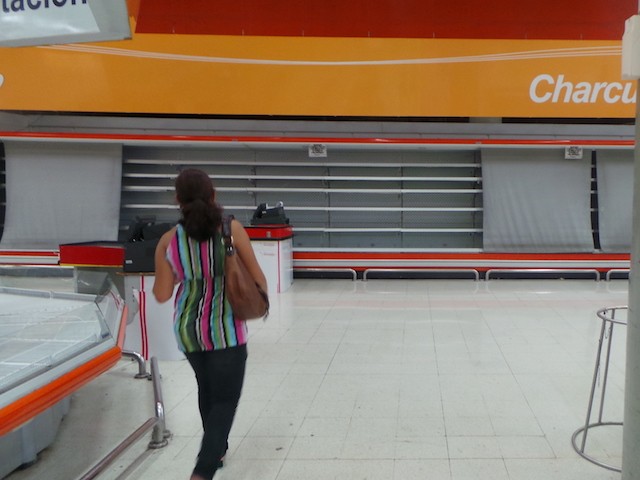 One restaurant is ironically named “Full Pizza,” despite workers there revealing they had run out of bread. 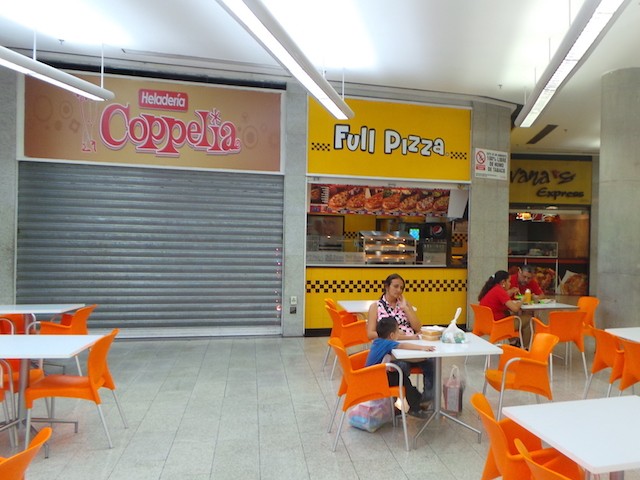 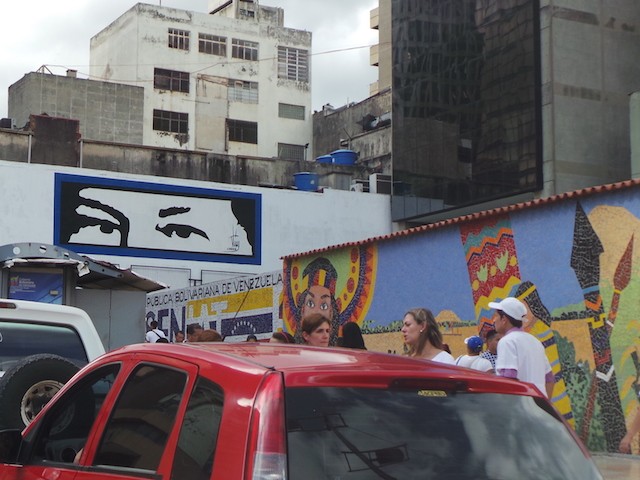 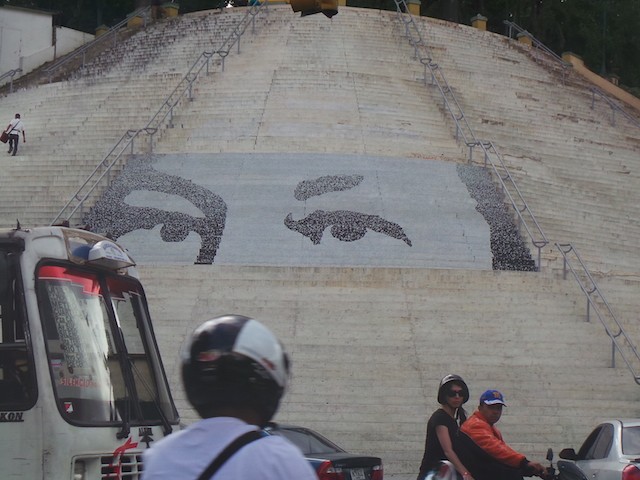 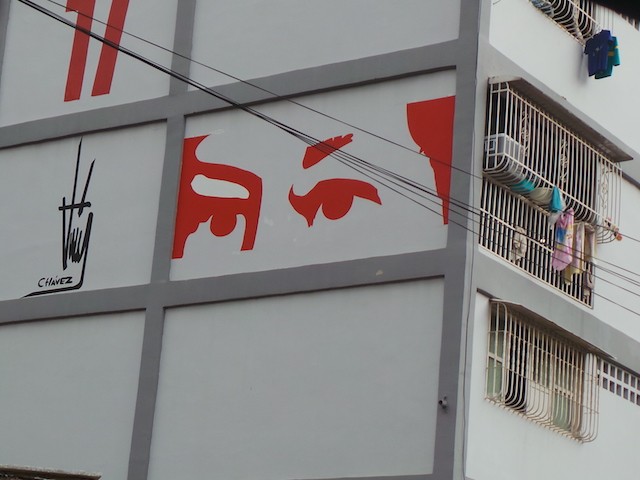 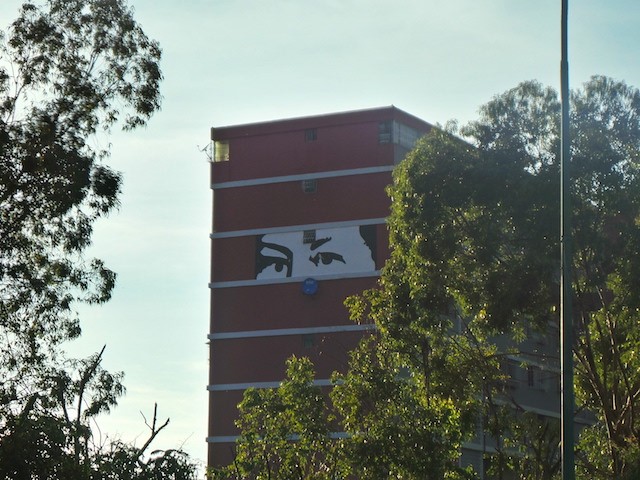 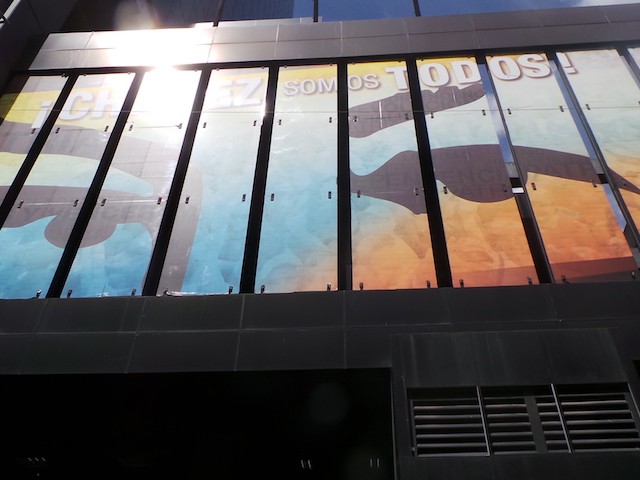 This mural boasts of a community “protecting and defending your human rights,” despite the country having a poor human rights record, particularly in terms of freedom of expression, as many opponents of the government have been jailed. Just this week, the government touted the release from jail of an opposition activist as a sign of progress; he served two years for his role in organizing anti-government protests. 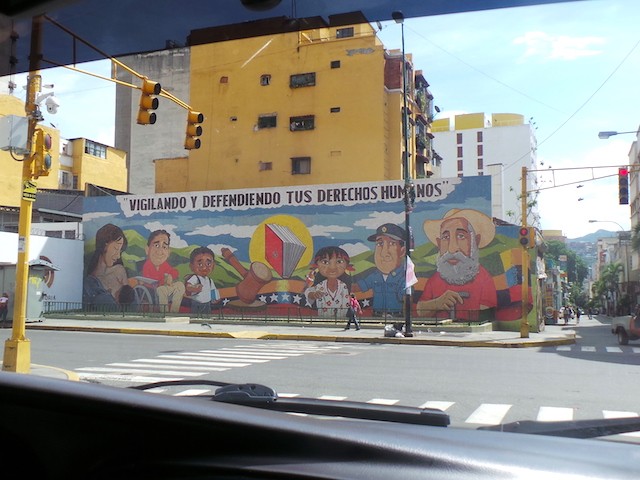 Anti-American propaganda is also rife, with the country’s socialist government regularly using ‘American Imperialism’ as an excuse for the country’s collapsing economy. 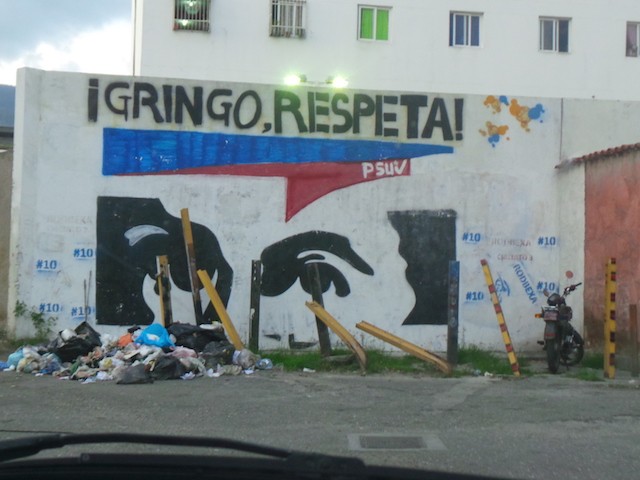 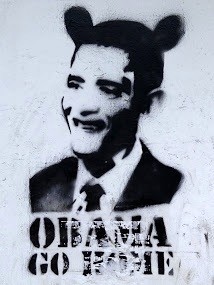 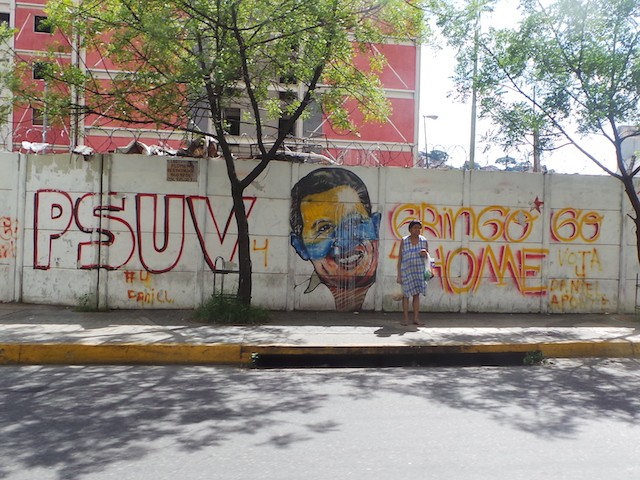 Venezuelans recently gave a vote of no confidence in the government as part of a recall referendum, which was consequently crushed by Hugo Chavez’s chosen successor, and now dictator Nicolas Maduro.

Tensions are rising across the country as people take to the streets to demand the government secede from power. However, many protests are met with violence from police and government-run gangs known as colectivos. 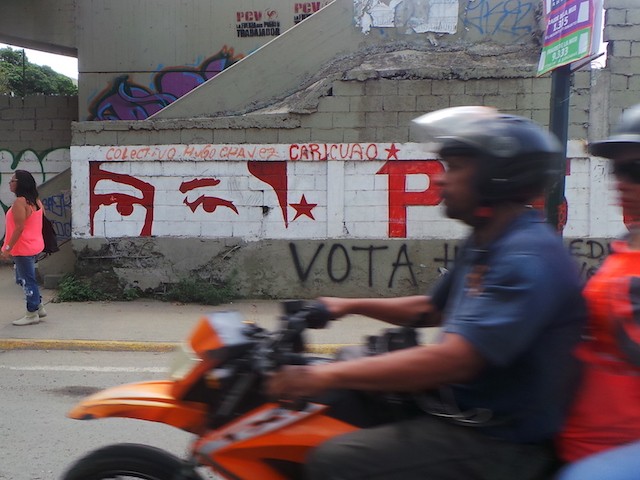 As Venezuela’s socialist government continues to refuse to give up power and imprison opposition, despite having led the oil-rich country into an unprecedented political and social crisis, no one can be sure what will happen next. Many fear a military coup. 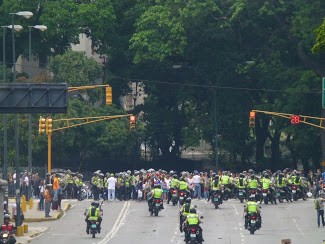 Following Donald Trump’s election in America, President Maduro this week expressed his desire for “respectful relations” with Trump, despite having described him as a “bandit,” “thief” and “mental patient.”

However shortly before the election, Trump claimed that he would show “solidarity with the suffering people of Cuba and Venezuela, concentrated in the Doral [Florida] area, against the oppression of the Castro and Maduro regimes.”

Only time now will tell whether Venezuela can ever return to prosperity, free from the shackles of its socialist dictators.