Venezuelan President Nicolas Maduro has raised the country’s minimum wage by 50 percent amid soaring inflation that has rendered its currency practically worthless.

Inflation in Venezuela is expected to rise by as much as 1500 percent this year amid an economic crisis that has left millions of Venezuelan’s starving and led to mass shortages of basic resources such as food, medicine, and electricity.

It is the third increase implemented in Venezuela this year. In January, Maduro raised the minimum wage by 50 percent and then raised it a further 30 percent in April.

Footage from the state-run television channel on Sunday showed Maduro supporters celebrating the decision, although economic experts predict it will only continue to weaken the already shattered Venezuelan economy.

“Following the immoral campaign that fixes prices through a false dollar abroad… we are going to put the handcuffs on… the whole campaign of speculation,” Maduro told his supporters.

The new minimum wage stands at 97,531 bolivars a month, which on Venezuela’s official exchange rate equates to around $70 a month but only holds a real market worth of $12.53, according to the unofficial Venezuelan exchange rate service dolartoday.com. People are also provided with a food ticket, which has a black market value of 153,000 bolivars a month, bringing the total monthly minimum income to around $30.

As part of his socialist economic program, the late Venezuelan dictator Hugo Chávez boasted that Venezuela had the highest minimum wage in Latin America, equivalent to $372 a month. However, inflation began to soar as early as 2007 and has now reached levels comparable to Germany’s Weimar Republic or Zimbabwe’s hyperinflation crisis, which saw people using wheelbarrows to buy products and the introduction of a 100 trillion dollar banknote. 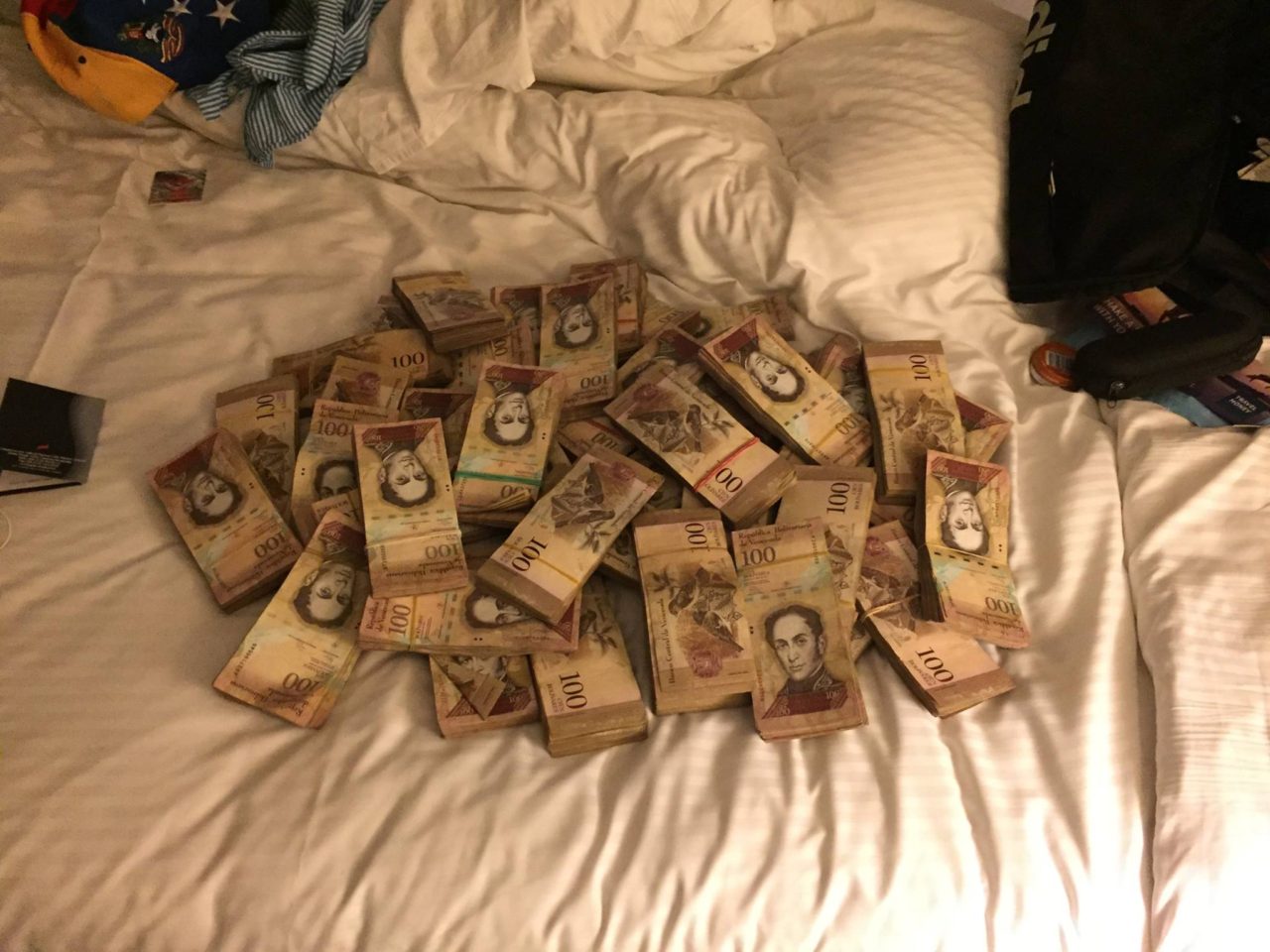 (Approximately 100 American dollars in Bolivares. Whereas 10 years ago, 100 Bolivares could buy someone a television, it is now worth just over 1 cent.)

As well as daily violent anti-government protests, instances of mass looting have broken out across the country as people fight for survival. Last week, in Maracay, the capital of Aragua state, people ransacked supermarkets, bakeries, butcher shops and pharmacies of their products. One photo showed people hauling entire vending machines through the streets.