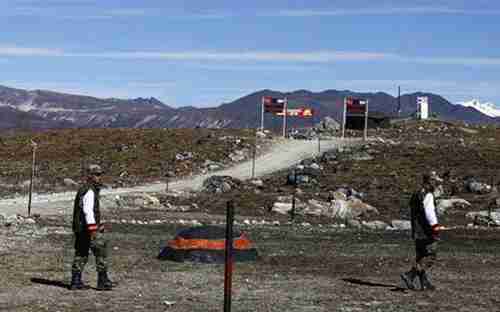 The border dispute involving China, India, and Bhutan over the Doklam Plateau is becoming increasingly dangerous. China is saying that it is running out of patience and China’s state-run media is escalating the military threats to India over the Doklam issue, to the point of threatening war.

We have been reporting on a standoff between India’s army and China’s army on Doklam plateau in the tiny country of Bhutan. China is attempting to annex the region, and on June 16 sent Chinese troops and construction workers to begin road construction. Bhutan troops tried to prevent the Chinese troop incursion, but they were overrun. India sent in its own troops, saying that it did so when Bhutan invoked a treaty with India and asked for help. The result is a standoff, though no bullets have been fired yet.

The public’s patience is running short with India’s Doklam transgression. Nothing can stand in the way of China’s and Chinese people’s dignity. No government in the world can stand still doing nothing while its borders are being violated.

Right away we run into a problem, because China is violating borders and international law in the South China Sea, creating illegal artificial islands and turning them into huge military bases, and constantly lying about what they are doing. China was proven to be an international criminal by the 2016 ruling of the United Nations Permanent Court of Arbitration (PCA) in the Hague. That ruling completely eviscerated China’s so-called ‘Nine-Dash Line’ claims to the South China Sea.

Because China has repeatedly lied about the South China Sea, it is impossible to believe anything they say about anything else. (“Falsus in unum, falsus in omnibus.”)

Still, the above statement is extremely dangerous because it refers to “the public’s patience,” invoking nationalism and xenophobia by the Chinese people, and seeking to incite it. The editorial continues:

As India continues down this intransigent path, perhaps it is time that it be taught a second lesson. Their troops in Doklam could either withdraw voluntarily, be captured or may be killed when border disputes escalate, [according to] Liu Youfa, China’s former consul general in Mumbai.

This is pretty much a direct threat of war.

The phrase “second lesson” alludes to the 1962 Sino-Indian war, a brief but bloody war between the two countries over the Indian state of Arunachal Pradesh in the eastern Himalayas. China is viewed as having won that war.

India’s defense minister Arun Jaitley was recently asked about the 1962 war, and he responded: “If they are trying to remind us, the situation in 1962 was different and India of 2017 is different.”

The editorial also threatens a Chinese invasion of India-controlled Kashmir:

No matter what vassalage relationship India maintains with Bhutan, it baffles this author that India has the courage to transgress another country on its behalf. And in this case, Indian troops even entered into Doklam from the China-Sikkim border. Well, if this kind of logic holds, a third country can certainly enter into Kashmir, including India-controlled Kashmir, upon Pakistan’s invitation. (This is not a far-fetched idea.)

On July 24, 2017 local time, when giving an interview to the press in Bangkok on China-India standoff incident, Foreign Minister Wang Yi noted that it is very clear who is right and who is wrong regarding this issue, and that even Indian senior officials have publicly said that Chinese troops have not intruded into Indian territory, which means that India admitted that it has entered into Chinese territory. The solution to this issue is simple, which is that the Indian troops back out honestly.

This statement is weasel-worded, in that Doklam Plateau is Bhutan’s territory, not India’s territory. If China is so sure of its claim, perhaps it should ask the United Nations Permanent Court of Arbitration (PCA) to decide the matter.

So China is demanding that India withdraw its troops, and permit the Chinese army to annex Bhutan’s Doklam Plateau unopposed. China says that it is running out of patience, and threatens to invade before long. Global Times (Beijing) and China’s Foreign Ministry

India says that it will remain ‘firm and resolute’ but ‘reasonable’

India is responding to China’s threats by saying that it will remain “firm and resolute” militarily, according to Indian media, and will thwart any attempt by China to “bully” Bhutan, while being “reasonable” at the politico-diplomatic level to resolve the ongoing troop stand-off with the People’s Liberation Army in the Doklam area in Bhutanese territory.

According to India’s Army vice-chief Lt-General Sarath Chand on Tuesday,

On the North, we have China which has a large landmass, huge resources and a large standing Army … Despite having the Himalayas between us, China is bound to be a threat for us in years ahead.

Indian media says that it is reinforcing its military in the region:

Much like the Line of Control with Pakistan, Indian soldiers are prepared for the long haul near the tri-junction with China as well. Apart from the already present 63 and 112 Brigades (over 3,000 troops each) in east and north-east Sikkim, the Army has moved up another 2,500 soldiers from the 164 Brigade to Zuluk and Nathang Valley in the state to further reinforce its military stance, as was first reported by TOIon July 11.

Both China and India are hardening their positions, both with words and with military reinforcements. The Chinese media are making it clear that if India does not withdraw soon, then China will invade. China believes that it will easily win, and India believes that “this time it’s different.” The situation is extremely dangerous, and could lead to war very quickly, either intentionally or through miscalculation. Times of India