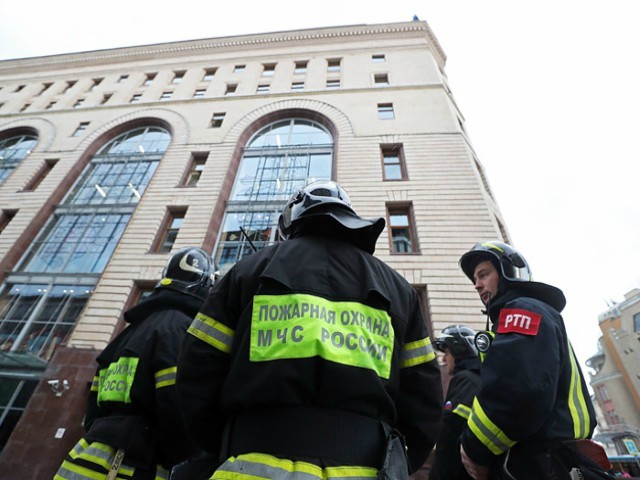 Dozens of Russian cities have been the target of hundreds of bomb scares, starting on Sunday, September 10. Police cleared two dozen buildings in the city of Omsk, including cinemas, schools, malls and City Hall. In Ryazan later that day, eleven malls and several cinemas and restaurants were evacuated.

On Monday, there were 42 bomb scares in four cities. On Tuesday, 45,000 people were evacuated from 205 buildings in 22 cities across Russia. The bomb scares have continued every day. It’s estimated that over 200,000 people have been evacuated in cities across Russia so far, costing the authorities about $5.2 million. And the end is nowhere in sight.

The Kremlin’s spokesman Dmitry Peskov called the bomb threats “telephone terrorism.” The hoaxes are being perpetrated by unknown individuals calling in bomb threats from internet phone systems. Since the internet is everywhere, the bomb threats could originate from anywhere in the world.

One report from an unnamed source says that the internet phone calls were tracked to an IP address in Ukraine. However, other sources in the Russia’s Interior Ministry say that the hackers may be based in Brussels.

Other theories are that the hoax phone calls are from the so-called Islamic State (IS or ISIS or ISIL or Daesh), presumably by Russian citizens from Chechnya or Dagestan who went to Syria to fight Bashar al-Assad.

When Kenya’s Supreme Court declared that the August 8 election was “invalid, null and void” because of electoral committee irregularities, it gave the government 60 days to hold a new election.

A new election was scheduled for October 17, but Safran Identity and Security, the French IT consultants that provide electronic election management system, says that it will not have its systems ready by then, and is requesting that the election be postponed at least until October 26.

The key players are unable to agree on the details of how to run the new election, and these disagreements raise doubts that any credible election can be held.

The opposition candidate, Raila Odinga, blames the Independent Electoral and Boundaries Commission (IEBC), which oversaw the first election. Odinga is demanding that its members resign, claiming that the rigged the first election in favor of Kenyatta, and that he was proven right when the Supreme Court nullified the election.

Because of numerous threats of violence, Supreme Court judge David Maraga issued a statement on Tuesday:

1. You will recall that four weeks ago, the Judicial Service Commission addressed Kenyans through a press conference at this very place over the increasing incidence of attacks by various groups of people who were given to making threats and demands intended to interfere with the work of the Judiciary.

2. Since the Supreme Court delivered the judgement on the 2017 Presidential Election Petition on September 1, 2017, these attacks have become even more aggressive, culminating in lengthy uninterrupted demonstrations right outside the Supreme Court Building yesterday and today.

3. Whereas we recognise and respect the rights of citizens to picket as provided in the Constitution, these demonstrations have bordered on violence and are clear, intended to intimidate the Judiciary and

4. Further, in a particularly unfortunate incident yesterday in Kirinyaga County, Hon. Martha Karua was blocked by demonstrators from accessing the Kerugoya Law Courts for the hearing of her own petition. This amounts to intimidation of petitioners and should never be allowed to happen.

The Supreme Court has said that on Wednesday (today), the Supreme Court would provide details of the reasoning behind its ruling nullifying the August 8 election. Standard Media (Kenya) and Bloomberg and Chronicle (Zimbabwe) and Twitter – David Maraga