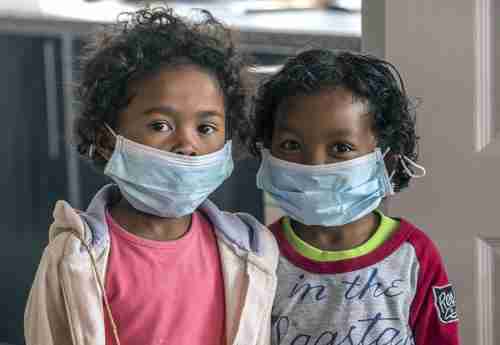 Health officials from around the world are converging on the island of Madagascar in an attempt to control an extremely dangerous and rapidly spreading epidemic of the Black Plague before it becomes an international threat.

Between August 1 until Monday, the World Health Organization has registered 1,365 possible case of plague, with about half of them confirmed or considered probable. Over 100 people have been reported killed by the plague.

There are actually two separate epidemics in progress, with different forms of the plague.

About 1/3 of the cases are Bubonic Plague. This form of the plague is fairly common in Madagascar, recurring each year but usually claiming few lives. This form of the plague is carried by rats and then transferred to humans by fleas that bite the rats and then bite the humans. This form is usually confined to remote rural areas and is triggered by the wide-spread ‘slash and burn’ practice as rats which carry the fleas carrying the bacteria Yersinia pestis move towards habitation locations, thereby facilitating human infection through flea bites, according to the United Nations.

What is different this year is the rapid spread of the most virulent form, Pneumonic Plague or Plague Pneumonia. Unlike Bubonic Plague, Pneumonic Plague is spread through the air from person to person and is highly contagious. Pneumonic Plague spreads rapidly through heavily populated urban areas, and there have been 846 possible cases registered by WHO so far, particularly the capital city Antananarivo, and two coastal towns of Tamatave and Mahajunga. If the infection is not diagnosed and treated immediately, death occurs within one-three days. The epidemic has not yet reached its peak, according to CDC officials.

The Black Death is thought to have killed around 25 million in Europe in the late 1340s, and 100 million people worldwide. CDC and United Nations ReliefWeb and The Sun (London)

Kenya increases border security from Madagascar because of plague epidemic

Madagascar is an island nation off the southeast coast of Africa in the Indian Ocean. World Health Organization (WHO) officials are trying to prevent the epidemic from spreading to nearby nations on the African mainland.

Kenya has taken immediate action to prevent the spread, according to a statement from the Ministry of Health:

The World Health Organization has notified the Ministry of Health of a confirmed ongoing plague epidemic in Madagascar. The cases have been reported from eighteen out of 22 regions in the country including traditionally non endemic areas.

In view of the above information, it is necessary that the health care system in the country initiates preparedness and response measures to prevent spread to the country and to promptly detect, notify and appropriately manage any suspected cases in the community or in health facilities if the outbreak spreads to Kenya.

WHO has classified the event as a Grade 2 emergency. Over 4,400 community health workers are carrying out contact tracing activities in Madagascar, being supervised by 340 medical doctors and students. Once a person is diagnosed with the infection, “contact tracing” refers to locating all people that the infected person had contact with. In addition, surveillance activities at airports and ports are being strengthened.