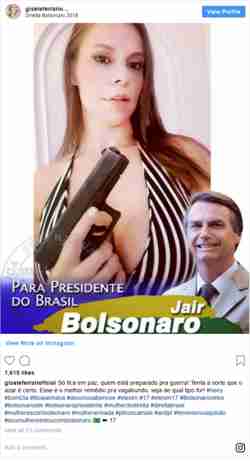 Cuba announced that it will pull thousands of its doctors from Brazil in reaction to demands by the newly elected Jair Bolsonaro, who takes office as president on January 1.

There are 11,400 Cuban doctors working in Brazil under the Programa Mais Médicos (PMM, More Doctors Program) set up in 2013 by socialist former president Dilma Rousseff.

The Mais Médicos program was hailed as a huge success by Rousseff’s supporters. During the first two years, 18,240 physicians were hired, including 11,429 Cubans, 5,274 Brazilians and the remaining 1,537 of other nationalities. They work in more than four thousand municipalities throughout Brazil and treat 63 million Brazilians. Many of these were poor and indigenous communities where no doctor had previously been available. These included communities of former African-Brazilian slaves (Quilombos), to the indigenous population, the landless peasants and those living in the Northeastern outback.

However, from the beginning, Mais Médicos was extremely controversial. The doctors complained that they were being forced to work as slaves. Brazil has to pay $3,300 per month to the Cuban government, but only one-quarter of that money goes to the doctor, giving him barely enough to live on, and not enough to send money back to his family in Cuba as remittances. Cuba receives about $250 million per year for its doctors in Brazil. Losing that money will be a hard blow for Cuba’s ailing economy.

The Cuban government has reported it earns more than $12.5 billion a year from the work of its professionals abroad. Most of that money comes from Venezuela, where tens of thousands of Cubans are working, including 21,000 health workers.

Many Cuban doctors do defect and request asylum in Brazil. In the past, they could apply for asylum in the United States under the Cuban Medical Professional Parole (CMPP) Program, set up by George Bush in 2006. However, Barack Obama terminated this program on January 12, 2017.

Upon being elected, President-elect Jair Bolsonaro threatened to break off diplomatic relations with Cuba over Mais Médicos because of the near-slave conditions under which the doctors have to work. He demanded that the doctors receive the full $3,300 amount that Brazil now pays to Cuba and that the doctors’ families be permitted to join the doctors in Brazil. He also questioned the qualifications of the Cuban doctors and said they would have to renew their licenses in Brazil.

Cuba’s Health Ministry rejected Bolsonaro’s comments as “contemptuous and threatening to the presence of our doctors” in a statement announcing its withdrawal from the program, adding, “These unacceptable conditions make it impossible to maintain the presence of Cuban professionals in the program.”

Jair Bolsonaro is being called “Trump of the Tropics” because of his incendiary comments and because many of his policies are perceived to be similar to those of Donald Trump.

He is sending out a tough anti-crime message and he is supporting wider ownership of guns. This tough message has won him increased support among women. He is strongly opposed to the legalization of abortion, which won the support of many evangelical Christians.

For the economy, he makes the usual proposals to reduce government waste. He also promised to reduce state intervention in the economy. He originally proposed selling off parts of state-run Petrobras oil company, but later backed off.

On foreign policy, he has suggested that Brazil pull out of the 2015 Paris agreement on climate change. He favors moving Brazil’s embassy Israel from Tel Aviv to Jerusalem and closing the Palestinian embassy in Brazil. He has also said that his first foreign trip as president would be to Israel. BBC (28-Oct) and BBC (23-Oct)