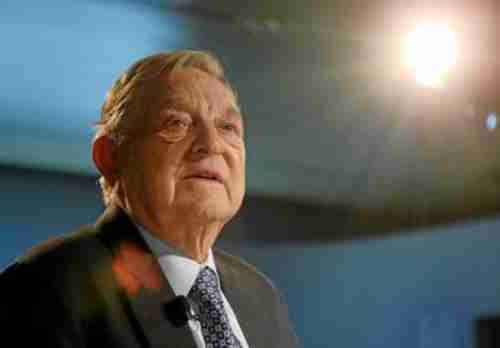 As I announced last week, I have suspended the daily World View articles because the best use of my time right now is to concentrate on finishing up my book on China.

The Chinese Communist Party (CCP) has been performing one barbaric act after another, from militarizing the South China Sea to arresting, beating, raping, torturing and executing over a million Muslim Uighurs in Xinjiang province, as well as similar violence against Christians and Buddhists.

My research on my book has been to determine from China’s history how this happened. I have found so far that every CCP policy is connected in some way to the “century of humiliation” and particularly to events surrounding the 1860 Treaty of Tanjin, almost like a serial killer’s actions are linked to some traumatic childhood event.

In research for my book, my objective is to determine the following:

I am experimenting with a new format for posting news stories, as well as continuing research on China. Instead of a long, complex article every day, I will be posting short news briefs, sometimes several times a day.

This is in the following thread of the Generational Dynamics Forum: http://gdxforum.com/forum/viewtopic.php?f=4&t=5168

Since I am also doing extensive research on China for my book on China, this thread also contains research analyses on China that are not available in the mainstream media.

In past decades, everyone in the world wanted China to succeed in becoming an economic powerhouse and a responsible member of the international community. For this reason, numerous concessions were granted to China and billions of dollars were invested in China to make this happen. Instead of becoming a responsible member of the international community, the Chinese Communist Party (CCP) has turned into barbaric monsters.

My research has already developed partial answers to these questions. Further research will be posted in this forum thread linked above, and of course will appear in the final book. Those who are interested in world events, and particularly in where China is going, are asked to visit this thread.

From a geopolitical point of view, the most significant event at last week’s World Economic Forum (WEF) in Davos, Switzerland, was the speech on Thursday given by Hungarian-born left-wing billionaire George Soros, who has a long-standing vitriolic hatred of the political right. Soros launched into a scathing historical criticism of the Chinese Communist Party (CCP).

One analyst at Davos I heard said that “Soros said what everyone was afraid to say, but what everyone is thinking.” The reason that everyone is afraid to say this is because they all have huge amounts of money invested in China and are afraid to lose it. And the reason that everyone is thinking this is because the Chinese Communist Party (CCP) commits one barbaric act after another, from theft of intellectual property to illegal militarizing of the South China Sea to “debt trap diplomacy” with dozens of countries to violence, beatings, rape, and execution of Christians, Buddhists, and Muslims for their religious beliefs.

So if Soros is saying what everyone is thinking – which I believe to be true – then it means that the attitude of the world has turned a corner, and is substantially more hostile to the policies of the CCP than in the past. Soros said:

I want to use my time tonight to warn the world about an unprecedented danger that’s threatening the very survival of open societies.

Tonight I want to call attention to the mortal danger facing open societies from the instruments of control that machine learning and artificial intelligence can put in the hands of repressive regimes. I’ll focus on China, where Xi Jinping wants a one-party state to reign supreme.

A lot of things have happened since last year and I’ve learned a lot about the shape that totalitarian control is going to take in China.

All the rapidly expanding information available about a person is going to be consolidated in a centralized database to create a “social credit system.” Based on that data, people will be evaluated by algorithms that will determine whether they pose a threat to the one-party state. People will then be treated accordingly.

The social credit system is not yet fully operational, but it’s clear where it’s heading. It will subordinate the fate of the individual to the interests of the one-party state in ways unprecedented in history.

I find the social credit system frightening and abhorrent. Unfortunately, some Chinese find it rather attractive because it provides information and services that aren’t currently available and can also protect law-abiding citizens against enemies of the state.

China isn’t the only authoritarian regime in the world, but it’s undoubtedly the wealthiest, strongest and most developed in machine learning and artificial intelligence. This makes Xi Jinping the most dangerous opponent of those who believe in the concept of open society. But Xi isn’t alone. Authoritarian regimes are proliferating all over the world and if they succeed, they will become totalitarian.

Soros’s history with the Nazis and with China

Soros told of his childhood in Hungary, escaping from the Nazis and the Soviet occupation, and taking refuge in England, where he became a successful hedge fund investor. After he made more money than he knew what to do with, he decided to turn to philanthropy. He started with South Africa.

In the years that followed, I tried to replicate my success in Hungary and in other Communist countries. I did rather well in the Soviet empire, including the Soviet Union itself, but in China it was a different story.

Bao Tong was its champion. But the opponents of radical reforms, who were numerous, banded together to attack him. They claimed that I was a CIA agent and asked the internal security agency to investigate.

[Bao Tong was replaced by Zhao Ziyang.] Soon thereafter, Zhao Ziyang was removed from power and I used that excuse to close the foundation. This happened just before the Tiananmen Square massacre in 1989 and it left a “black spot” on the record of the people associated with the foundation.

In retrospect, it’s clear that I made a mistake in trying to establish a foundation which operated in ways that were alien to people in China.

Soros went on to sharply criticize the “debt trap diplomacy” of the Belt and Road Initiative (BRI):

It was designed to promote the interests of China, not the interests of the recipient countries; its ambitious infrastructure projects were mainly financed by loans, not by grants, and foreign officials were often bribed to accept them. Many of these projects proved to be uneconomic.

He specifically mentioned the cases in Sri Lanka, Malaysia, and Pakistan – where it is turning into a military project.

Most importantly, the U.S. government has now identified China as a “strategic rival.” President Trump is notoriously unpredictable, but this decision was the result of a carefully prepared plan. Since then, the idiosyncratic behavior of Trump has been largely superseded by a China policy adopted by the agencies of the administration and overseen by Asian affairs advisor of the National Security Council Matt Pottinger and others. The policy was outlined in a seminal speech by Vice President Mike Pence on October 4th.

Last year I still believed that China ought to be more deeply embedded in the institutions of global governance, but since then Xi Jinping’s behavior has changed my opinion. My present view is that instead of waging a trade war with practically the whole world, the US should focus on China. Instead of letting ZTE and Huawei off lightly, it needs to crack down on them. If these companies came to dominate the 5G market, they would present an unacceptable security risk for the rest of the world.

Regrettably, President Trump seems to be following a different course: make concessions to China and declare victory while renewing his attacks on US allies. This is liable to undermine the US policy objective of curbing China’s abuses and excesses.

Soros’s speech is important because of what it serves as a major signal that the world’s attitude is changing towards China and that it is increasingly acceptable to say so.

The last two paragraphs indicate that Soros is misjudging China today as much as when he opened his China Fund in the 1980s. As I have described many times, the mainstream media are completely baffled by Trump’s policies, but the policies are completely understandable in view of Trump’s attempts to prevent war with China, even though war with China cannot be prevented. If Trump cracked down heavily on ZTE and Huawei, it would have enormous economic effects. China would be furious and even destabilized, and war would occur much more quickly.

China is baffled by Soros’s speech

Just as Soros is baffled by Trump’s policies, China is baffled by Soros’s speech. Here’s the statement given by China’s Foreign Ministry:

On your second question, I have seen relevant reports. In today’s world, it is very easy to tell who is opening the door and paving roads and who is closing the door and building walls. Therefore, it is meaningless and worthless to refute these words made by certain individual that call white black and confuse right and wrong. Living in this era where globalization is advancing further on all fronts, only by seeing things in a dynamic way and taking in things with an open and inclusive mind can a country find greater development space for itself and its relations with other countries. We hope that the relevant people on the US side can set right their attitude, broaden their horizon, and view China’s development in an objective, reasonable and correct way.

This is just meaningless babble and it seems to imply that Soros is speaking for the Trump administration. The reason that China is baffled is because Soros has a decades-long history of supporting China. Soros says in his speech that he made a 180 degree U-turn because of China’s “frightening and abhorrent” social credit system in just the last year, and the Chinese have no idea what Soros’s change of mind means for them and their relations with the world. China Foreign Ministry

For several months, we have read that China has swept up a million Muslim Uighurs in Xinjiang province and jailed them in “re-education centers,” where they’re beaten, tortured, raped, abused and executed.

Some recent analyses are saying that China’s plans go well beyond “re-education.” In fact, the plan is the total genocide and ethnic cleansing of Muslim Uighurs in the next ten years.

According to this analysis, there has been no international outrage about this because Sunni Muslims are so unpopular since 9/11. China has been adroit in using economic and financial packages to silence the Arab and Islamic world’s support for the Uighurs. Despite the suppression, not one single Arab or Islamic government has spoken out openly to criticize China for its draconian measures in Xinjiang.

China is conducting equally violent crackdowns on Buddhism and Christianity, though without the full-scale genocide.

One thing that is really remarkable is that there are now three countries in the world where there is full-scale genocide and ethnic cleansing targeting Sunni Muslims, with little international outrage even from Muslim countries. These are: