May 1st was long ago appropriated by communism as its worldwide holiday and, unfortunately, the civilized world has yet to take it back. The latest murders by Marxist regimes bring the death toll from communism ever closer to 100 million, but there are still marches in celebration of the ideology everywhere, including American cities.

The precise death toll from communism is difficult to tabulate, given that so many of the killings occurred in environments with poor record-keeping and officials prone to lying about how many people they murdered.

The more modest estimates suggest 94 million dead worldwide at the end of the 20th Century, making communism several times deadlier than fascism or violent crime. Communism’s favorite sport is the Hunger Games, as many of its victims were killed by starvation during famines caused by either collectivist incompetence or deliberate murderous intent. Venezuelan Marxists were doing their level best to bring the death toll into eight digits as recently as yesterday.

The persistence of May Day owes much to Marxist infiltration of the early labor movement, which continues to push the day as a celebration of “workers’ rights.”

Some of these groups are making an effort to dissociate themselves from the May Day label and develop new brandings like “Worker’s Day,” although they have a tendency to slip up and revert to “May Day,” the term still embraced by the anarchic segments of the political spectrum. Many of these “workers’ rights” movements have been co-opted by the open border agenda and used May Day this year to push policies that aggressively hurt American workers, such as supporting illegal immigration.

The most optimistic May Day organizers want to purify the day and take it away from communism, but they consistently underestimate how viral and toxic Marxist ideology is. Instead of dismissing communism wholesale as unmitigated evil the way fascism was condemned, generations of intellectuals made the horrible mistake of thinking they could pluck a few noble-sounding ideas from Marx’s poisonous brew and leave the murderous totalitarian oppression behind.

Nothing can reform communism. Everything that touches it becomes more communist, more infected with the pathologies that killed those hundred million victims and will kill a hundred million more if given a chance. May Day is a march down a one-way street where only left turns are allowed.

It didn’t take long for the Communist banners to come out in the London May Day march: 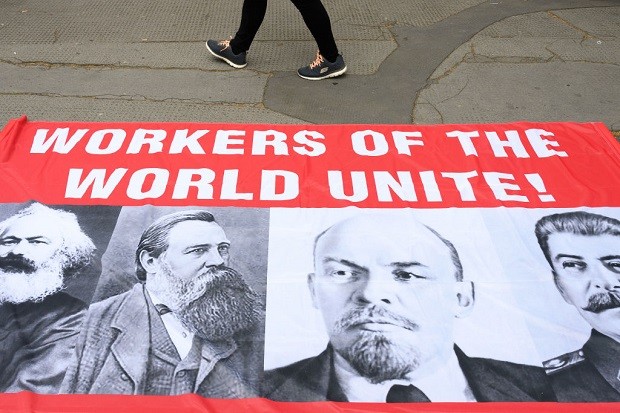 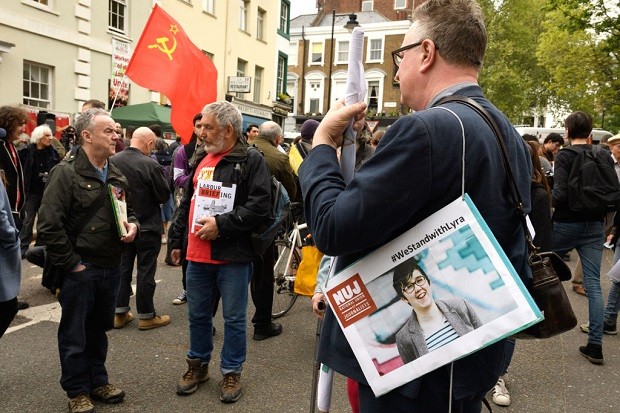 Those engaged in the filthy capitalist practice of selling memorabilia at the event certainly seemed to have no confusion that Britain’s new national holiday celebrates communism, not ancient pagan equinox rituals or Roman celebrations of spring: 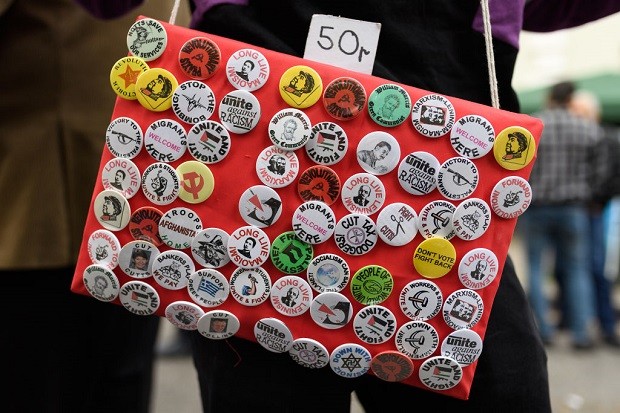 Things got lively in Paris as masked thugs went on a destructive rampage and the police responded with tear gas. The French government warned May Day would bring out the Yellow Vest demonstrators, Black Bloc anarchists, and labor militants, but the march went ahead anyway and ended precisely as feared: 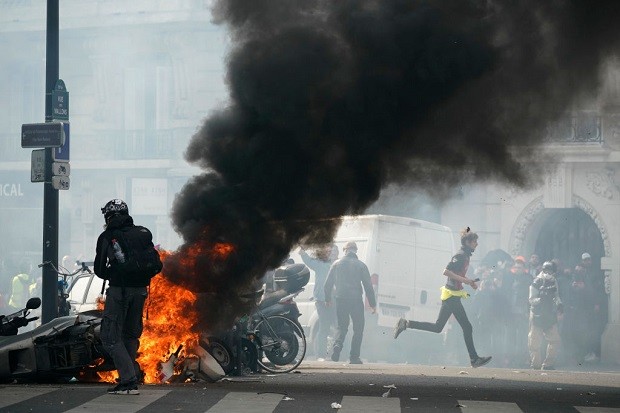 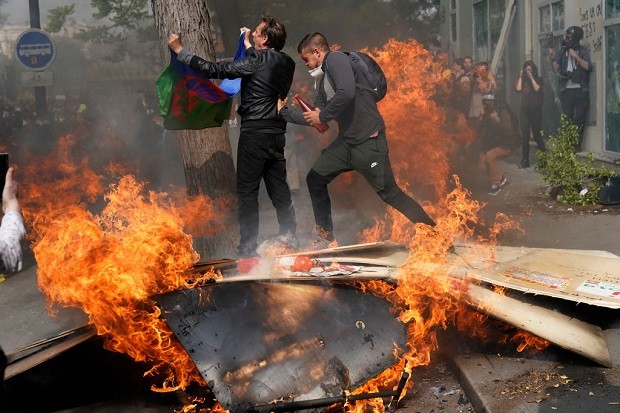 Of course, the May Day rioters in Paris went after banks, which are a rather important component of the employment process that “workers’ rights” activists supposedly care deeply about: 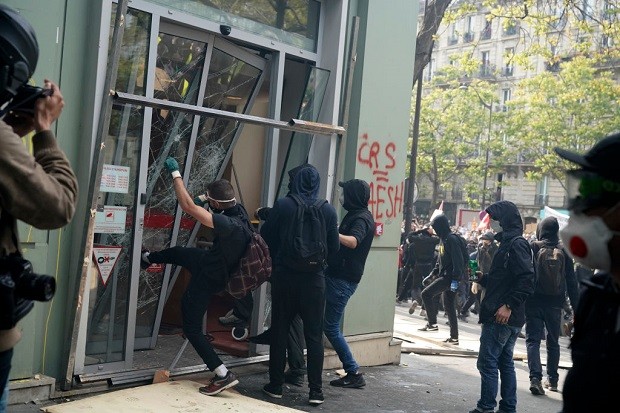 The blood-red flag of communism flew high in Paris as well: 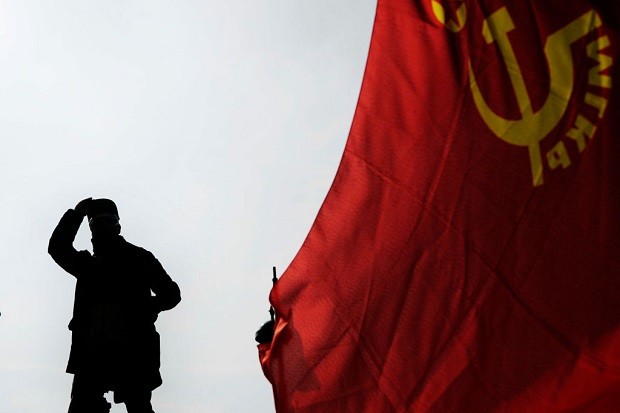 In Venezuela, supporters of dictator Nicolás Maduro celebrated Simón Bolívar, who the regime portrays as not only a liberator from imperialist rule but a founding father of Latin American communism. Thanks to Marxist economic practices, Bolivar now has one of the world’s most worthless currencies in the world named after him: 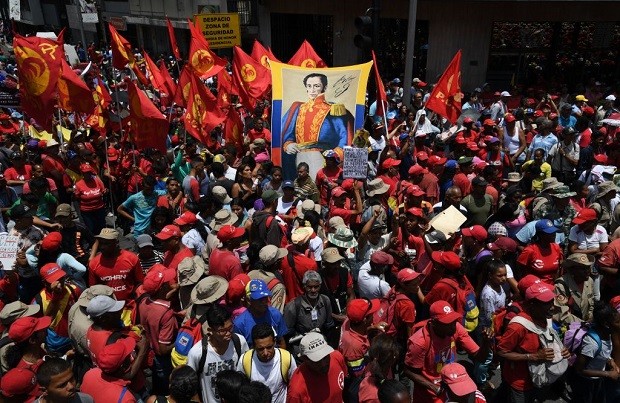 Indonesian workers, who have some very understandable complaints about compensation, scuffled with police during a huge march in Jakarta: 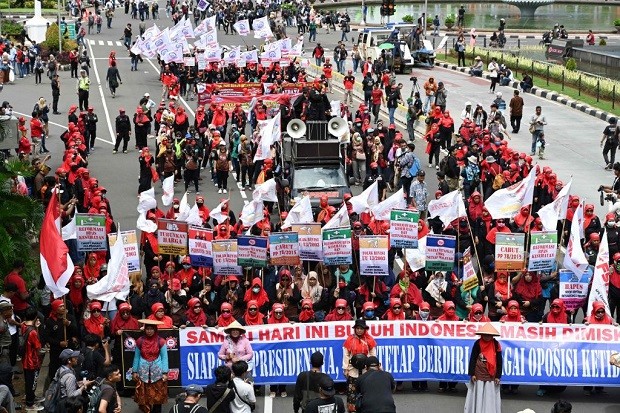 Turkey, which made May Day a holiday almost a century ago, had an exceptionally rough time this year as the government tried to push labor demonstrators back from Istanbul’s Taksim Square. The police reported arresting 137 people for holding illegal demonstrations. 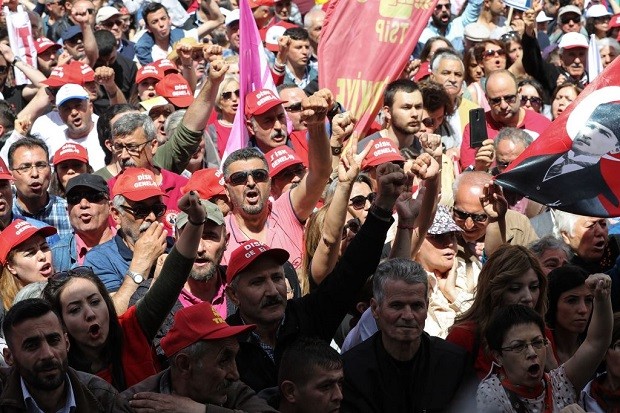 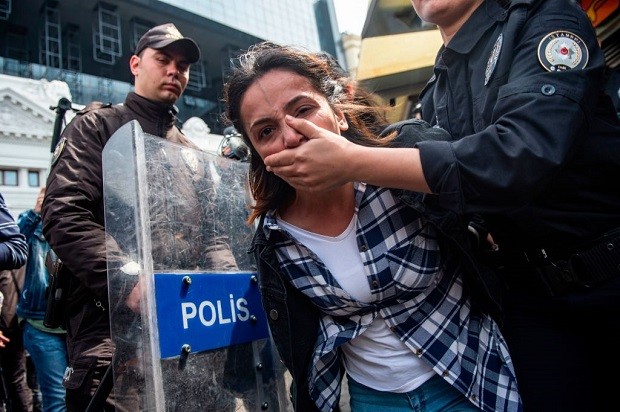 May Day is a bit more festive in full-blown Communist countries like China, although China is actually experiencing one of the most important labor protests in the world right now, the 996 movement: 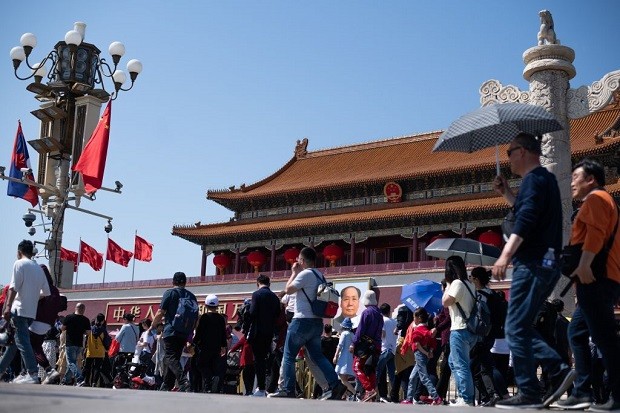 The problem at the heart of the intersection between well-intentioned labor activism and malevolent communism is the immense difficulty of determining the value of labor. People are naturally uncomfortable analyzing the value of work performed by human beings with the cold dispassion they might bring to valuing any other resource. Allowing capitalism and market forces to determine the price paid for labor is easily seen as callous and unfair, even for people who would strongly agree that buyers have a right to negotiate the best price for any other resources.

The deadly illusion of communism is that government, acting as the combined will of the people, can do a far better job of establishing the value of labor than private industry. This is manifestly untrue – it is downright absurd when considering the ineptitude and corruption of governments around the world – but the dream of fairness mandated by a loving elite remains incredibly attractive, especially with examples of workers treated shabbily by their employers readily available everywhere you look.

Marxists easily take advantage of labor unrest by selling collectivism as a fairer and more just system of distributing society’s wealth. It always ends in corruption, tyranny, and violence, but people make themselves forget. The Marxists never forget that teaching people to hate those who would pay for their work is the easiest way to enslave them.