United Nations peacekeepers deployed to Haiti fathered hundreds of children then abandoned their young mothers to lives of grinding poverty, a report claims.

The study into the U.N.’s single longest peacekeeping mission said girls as young as 11 would trade sex for food or “a few coins” in the Caribbean country so they could survive amid political turmoil and the aftermath of the 2010 earthquake. After being sexually abused and impregnated they were “left in misery” to raise their children alone, the Times reported.

Researchers from the University of Birmingham and Ontario University spoke to 2,500 people in Haiti, asking them about their experience of the UN’s Stabilisation Mission in Haiti (Minustah).

More than 10 percent, 265 people, described stories which featured children fathered by peacekeeping agents who left the country, never to return.

A common theme researchers found in the stories they were told was transactional sex, with peacekeepers paying young women a pittance for sex and leaving after a baby was fathered.

The report, published in the Conversation, found a handful of the cases involving pregnancy came from rape.

Minustah ran from 2004 until 2017. It was originally implemented to deal with political instability and organised crime but its mandate spread after the 2010 earthquake and the 2016 hurricane. 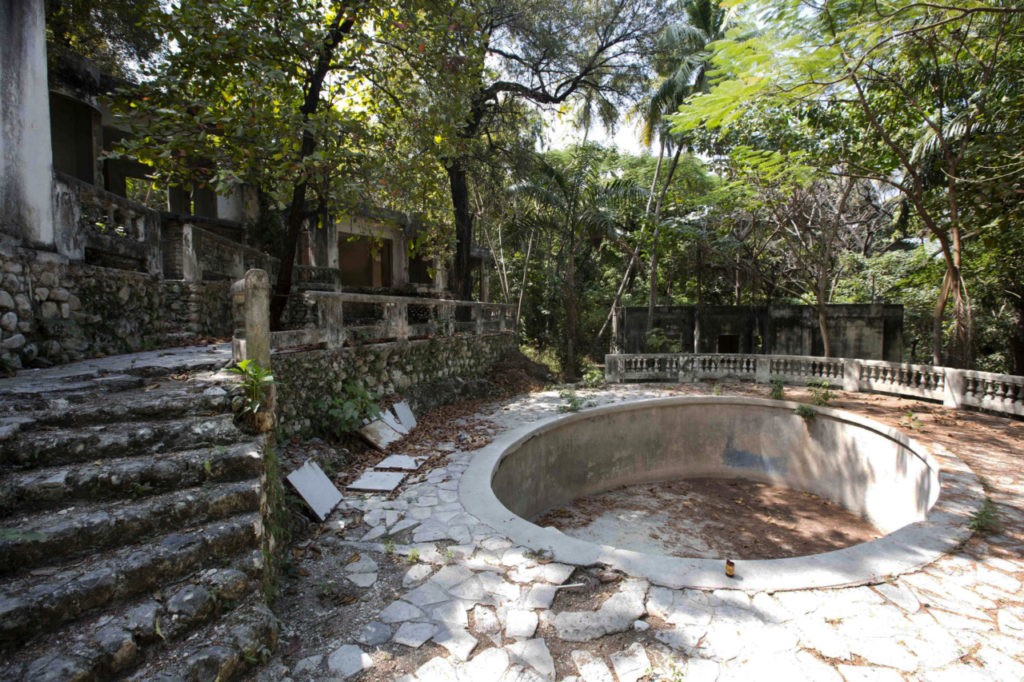 The remains of Habitation Leclerc in Port-au-Prince, Haiti. In the ruins, a group of abandoned children found shelter but were barely surviving. Exploiting that desperation, U.N. peacekeepers lured them into a child sex ring. In August 2007, the U.N. received complaints of “suspicious interactions” between Sri Lankan soldiers and Haitian children, launching an investigation. (AP Photo/Dieu Nalio Chery)

The revelations come just two years after the Times exposed how Oxfam covered up sexual exploitation by its workers in Haiti after the 2010 earthquake.

A spokesman for U.N. Peacekeeping told the Times after that episode that missions around the world “are making steady progress and have put in place many steps to end and prevent these abuses” but that “much remains to be done.”

U.N. peacekeepers have a long, disreputable history of sexual exploitation that has been well documented in the past.

As Breitbart News reported, in 2017 then U.S. Ambassador Nikki Haley urged all countries that send troops to U.N. peacekeeping mission to hold soldiers accountable for sexual abuse and exploitation, an appeal that came after she cited an investigation into a child sex ring in Haiti involving Sri Lankan peacekeepers.

In that instance, 134 Sri Lankan peacekeepers were charged with creating a sex ring that victimized children as young as 12. Hundreds of additional allegations were uncovered in Haiti involving peacekeepers from several different countries. Very few of them were punished for their actions.

Haley also warned that “countries that refuse to hold their soldiers accountable must recognize that this either stops or their troops will go home and their financial compensation will end.” 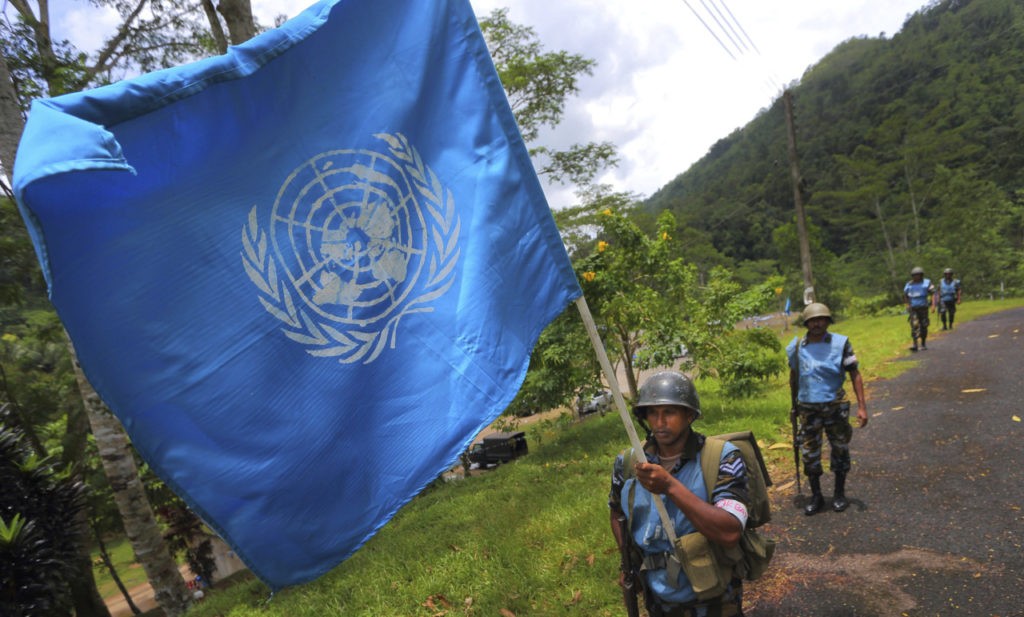 A Sri Lanka Air Force airman carries the U.N. flag during training for a road patrol at the Institute of Peace Support Operations Training in Kukuleganga, Sri Lanka. A U.N. fund to help victims of sexual abuse and exploitation by peacekeepers and U.N. staff has now grown to $1.5 million following contributions from 10 more countries including Sri Lanka, whose troops were implicated in a three-year-long child sex ring in Haiti. (AP Photo/Eranga Jayawardena, file)

He said the U.N. would withhold payments to peacekeepers facing credible allegations.

Nothing came of Ban Ki-moon’s exhortations for reform and the U.N. still struggles to counter accusations its peacekeepers are responsible for sowing misery rather than hope in the countries they are despatched to.

More broadly, the UK Guardian published a report last year alleging, “the United Nations has allowed sexual harassment and assault to flourish in its offices around the world, with accusers ignored and perpetrators free to act with impunity.”