The horrific crash of Ukraine International Airlines Flight 752 shortly after takeoff from Tehran last week, killing all 176 passengers, is an inexplicable loss whose heaviness is barely eased by the fact that it has aroused the Iranian people to take to the streets against their government.

Unlike some of our Democrat politicians, who rushed to blame President Donald Trump, the Iranian people understand clearly that the regime bears sole responsibility for shooting down the plane.

Democrats are struggling to explain the rest of what happened last week — how a president whom they despise, whom they hold in contempt, whom many will not even name — managed to start and win a war with Iran without really fighting it. The airstrike that took out Iranian General Qasem Soleimani restored American deterrence, and emboldened Iranian dissidents.

A friend suggested to me that Trump had “turned a corner,” even earning the grudging respect of his most vociferous critics.

The friend, a prominent member of the Jewish community, suggested further that what was also important about the Iran strike was that unlike the movement of the U.S. embassy in Israel to Jerusalem, the strike against Iran was an attack for America’s sake alone.

It was not perceived — except by the usual conspiracy theory nuts — as something Trump had done for Israel, or to satisfy a domestic Jewish constituency. The two events — Jerusalem and Baghdad — were independent.

I told him that I agreed with him — up until the last point. The embassy and the Soleimani strike were connected by a common thread.

In both cases, the president had trusted his own instincts, ignoring the advice of experts and the threats from enemies. Diplomatically in the former case, militarily in the latter, Trump had been audacious in pursuing his foreign policy agenda, and saw that the perceived dangers had failed to appear.

I was present at the opening of the Jerusalem embassy, and witness to an odd coincidence. The ceremony was held outdoors, beneath a shady canopy with several gaps between sheets of canvas. As I wrote at the time:

Deputy Secretary of State John J. Sullivan took the stage — and as he did so, a ray of light, filtered through the canopy above, struck the seal of the embassy on the podium.

Likewise, when White House advisor — and presidential daughter — Ivanka Trump officially unveiled the seal of the embassy above its entrance, a ray of light struck the Jerusalem stone. 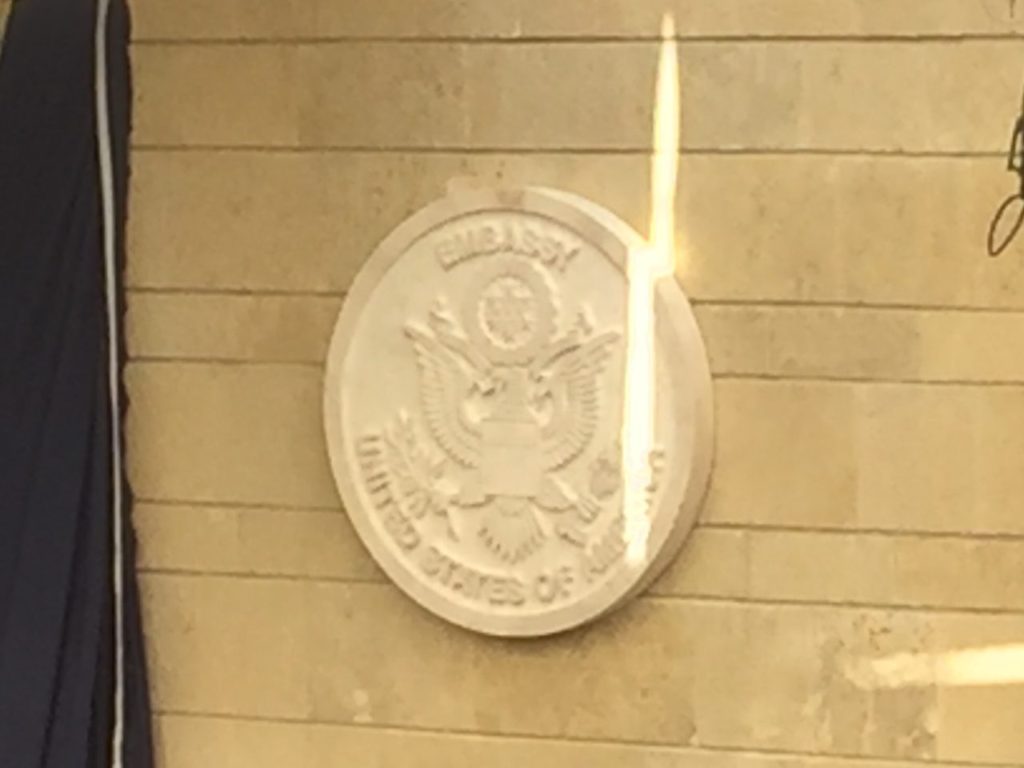 It was a breathtaking moment — one that has stayed with me.

In recognizing Jerusalem as Israel’s capital, moving the embassy, and leaving the Iran deal, the U.S. was acting to further its own sovereign interests, not just helping Israel. And there were bound to be rewards more broadly — not politically, but in terms of the geopolitical fortunes of the U.S in the region.

Genesis 12:3 says: “I shall bless those who bless you.” That verse was cited often by Christian leaders in defense of the president’s decision to move the embassy to Jerusalem, something every president since Clinton had promised to do, but never done.

Trump did it, and went on to win apparent victory in the confrontation with Iran over Soleimani, without any loss of American life.

Are we sure the two events are unconnected?

Moreover, think of how many millions of Americans were praying Tuesday evening, when news of the first missile attacks by Iran against bases housing U.S. troops first broke. The result called to mind the many Biblical episodes, especially in the Book of Kings, when enemy armies simply melted away, once confronted.

It is impossible for the human mind to interpret every news event as Divine will. The victims of Flight 752, and their friends and families, simply need our prayers.

But keep praying: it seems to be working.