Erdogan attended the opening ceremony alongside Azeri President Ilham Aliyev and spoke to the crowd. He expressed his nation’s solidarity with Azerbaijan, saying “As Turkey, we have taken the two states, one nation motto of the great leader Aliyev [father of Ilham Aliyev] as a guide in our relations with Azerbaijan.”

The Azeris, an ethnic Turkic people, received considerable support from Erdogan and the Turkish military during its conflict with Armenia over Nagorno-Karabakh. In addition to diplomatic cheerleading, Turkey reportedly funneled at least 1,200 Syrian combatants from its escapades in the Levant into the Caucasus to fight for Baku. Turkey also sent fighter jets to Azerbaijan for joint defense drills and offered the Azeris missiles and military supplies in July, shortly after the conflict began. 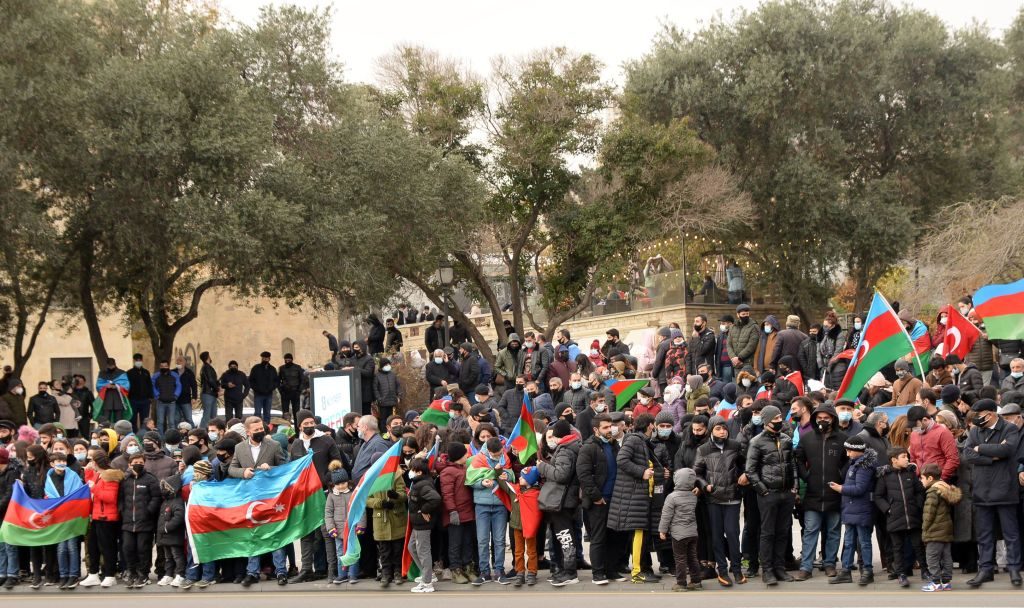 People watch Azerbaijani military hardware riding through Baku during a parade marking Azerbaijan’s victory against Armenia in their conflict for control over the disputed Nagorno-Karabakh region, on December 10, 2020. (HICRAN BABAYEV/AFP via Getty Images)

Those offers evidently materialized, with reports suggesting the Azeris acquired Canadian drone targeting equipment through Turkey. Canada halted military sales to Turkey amid an investigation into the matter.

Nagorno-Karabakh is legally Azeri territory, but had been under the control of the de facto independent Republic of Artsakh, run by the area’s ethnic Armenian population, since 1994.

Despite having an ethnic Armenian population, Soviet dictator Joseph Stalin transferred Nagorno-Karabakh to the Azeri Soviet Socialist Republic as part of a “divide-and-rule” strategy. Following the Soviet Union’s collapse, Artsakh achieved de facto independence in 1994 after a war that killed 30,000 people.

A Russian-brokered peace deal between Azerbaijan and Armenia ended the brief conflict in early November. The conflict saw the Turkish-backed Azeris make considerable gains against Armenia, forcing Yerevan to accept disadvantageous ceasefire terms. Under the terms of the ceasefire, Armenia had to cede some of its own territory outside of Nagorno-Karabakh while Azerbaijan retained all the land it secured during the brief war. 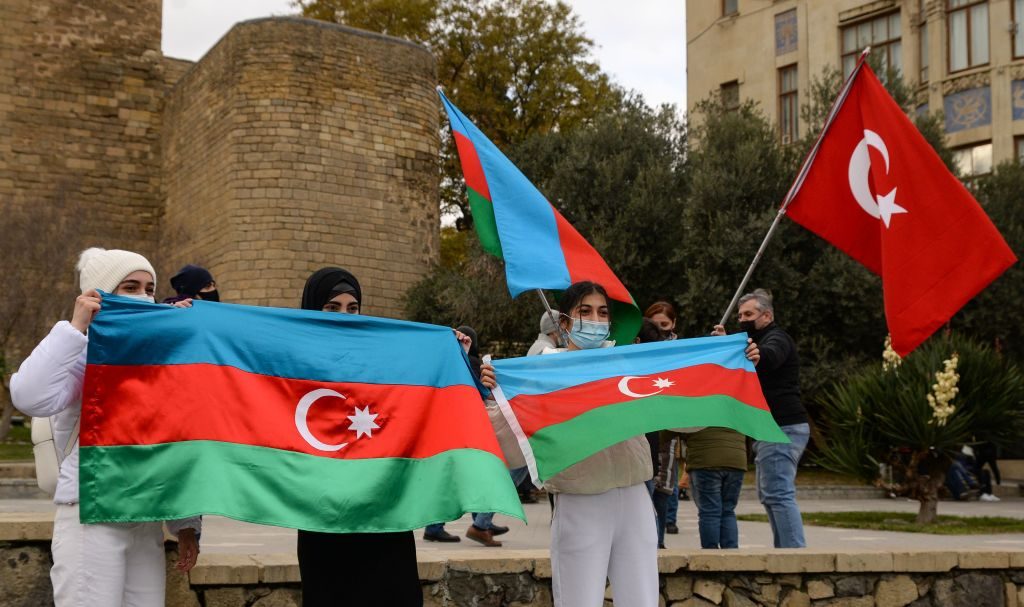 People greet Azerbaijani servicemen riding in military vehicles during a parade marking Azerbaijan’s victory against Armenia in their conflict for control over the disputed Nagorno-Karabakh region, in Baku on December 10, 2020. (HICRAN BABAYEV/AFP via Getty Images)

The peace agreement was wildly unpopular in Armenia, prompting mobs to storm a government building in Yerevan in early November to protest its adoption. Armenian President Armen Sarkisian said he only learned of the ceasefire through the media and that Prime Minister Nikol Pashinyan agreed to it without consulting his office.

Armenian outrage against the peace deal and Panshinyan has remained strong, with thousands of protesters on Wednesday besieging Parliament and demanding the prime minister’s resignation as Armenians burn their homes and flee the border areas Pashinyan ceded.